Home » Rescue Puppy Has A Tail On His Forehead, And He Looks Like An Adorable Unicorn

Rescue Puppy Has A Tail On His Forehead, And He Looks Like An Adorable Unicorn 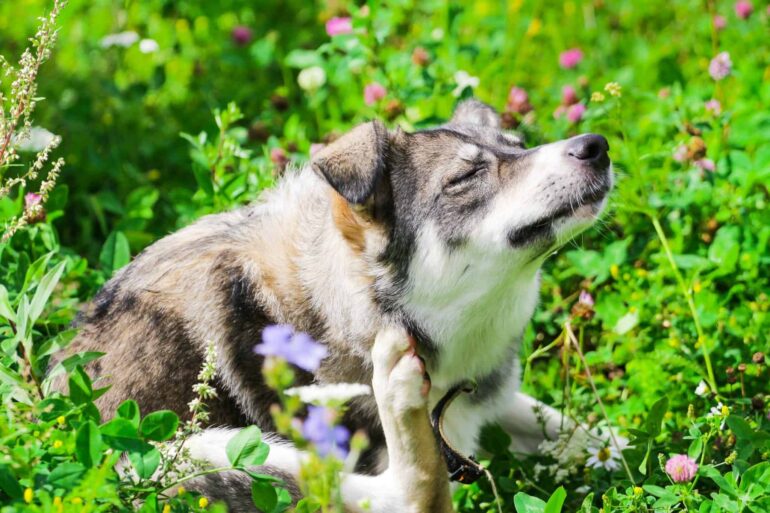 Mac’s Mission, an animal rescue in Jackson Missouri, takes in the neglected, dejected, and downtrodden.

They save dogs that would struggle to survive in a traditional shelter setting, and every day, they bring in animals with heartbreaking histories, injuries, and special needs. Every dog they take in is unique, but one of their most recent rescues is special in a surprising way. Everyone, meet Narwhal, the rescue puppy with a tail on his forehead.

Half Dog, Half Unicorn

It’s hard to imagine a puppy with a tail growing out of its face, but pictures that Mac’s Mission posted on their Facebook page prove this little fur ball is as cute as they come. Rescuers found the puppy wandering around in the cold with another older dog.
The pair of pups were freezing, hungry, and little Narwhal suffered from a foot injury. Mac’s Mission rescued them and immediately assumed the little puppy was half dog, half unicorn. How else can you explain his adorable good looks? He was named “Narwhal the Little Magical  Furry Unicorn,” and he already has a huge online fan base.

The biggest question Narwhal fans had was whether or not the pup’s extra tail could wag. A vet confirmed that Narwhal’s forehead tail is idle, and it doesn’t wag–although it would be cute if it did! It’s also not connected to anything and doesn’t seem to have any real use–besides, of course, making Narwhal the coolest unicorn puppy the Internet has ever seen.

Narwhal is looking for a forever family.

Narwhal doesn’t look like any rescue puppy we’ve ever seen before, but he’s still as playful and sweet as any other pup his age. His extra tail never slows him down, and rescuers expect he’ll grow up to be a normal, happy-go-lucky dog. As of now, Narwhal’s forehead tail doesn’t bother him, and there’s no reason to remove it. Veterinarians don’t want to subject the little puppy to painful surgery if it’s not completely necessary. And why remove something that makes him so special?
Mac’s Mission works hard to find every dog a perfect home. For Narwhal, that means waiting a while before he’s available for adoption. They want to continue to watch over him to be 100% sure his extra tail doesn’t interfere with his quality of life. In the meantime, he’s getting all the snuggles and love he could ever need. When the time comes for little Narwhal to move on to a forever family, we expect he won’t have any trouble finding an adopter. Just look at that cute face!
Follow Mac’s Mission on Facebook to keep up with this furry unicorn’s road to adoption!
Featured image via Mac the Pitbull

This website uses cookies to improve your experience while you navigate through the website. Out of these, the cookies that are categorized as necessary are stored on your browser as they are essential for the working of basic functionalities of the website. We also use third-party cookies that help us analyze and understand how you use this website. These cookies will be stored in your browser only with your consent. You also have the option to opt-out of these cookies. But opting out of some of these cookies may affect your browsing experience.
Necessary Always Enabled
Necessary cookies are absolutely essential for the website to function properly. These cookies ensure basic functionalities and security features of the website, anonymously.
Functional
Functional cookies help to perform certain functionalities like sharing the content of the website on social media platforms, collect feedbacks, and other third-party features.
Performance
Performance cookies are used to understand and analyze the key performance indexes of the website which helps in delivering a better user experience for the visitors.
Analytics
Analytical cookies are used to understand how visitors interact with the website. These cookies help provide information on metrics the number of visitors, bounce rate, traffic source, etc.
Advertisement
Advertisement cookies are used to provide visitors with relevant ads and marketing campaigns. These cookies track visitors across websites and collect information to provide customized ads.
Others
Other uncategorized cookies are those that are being analyzed and have not been classified into a category as yet.
SAVE & ACCEPT
Home » Rescue Puppy Has A Tail On His Forehead, And He Looks Like An Adorable Unicorn