Home » Canine 411: All About The Dalmatian

Canine 411: All About The Dalmatian 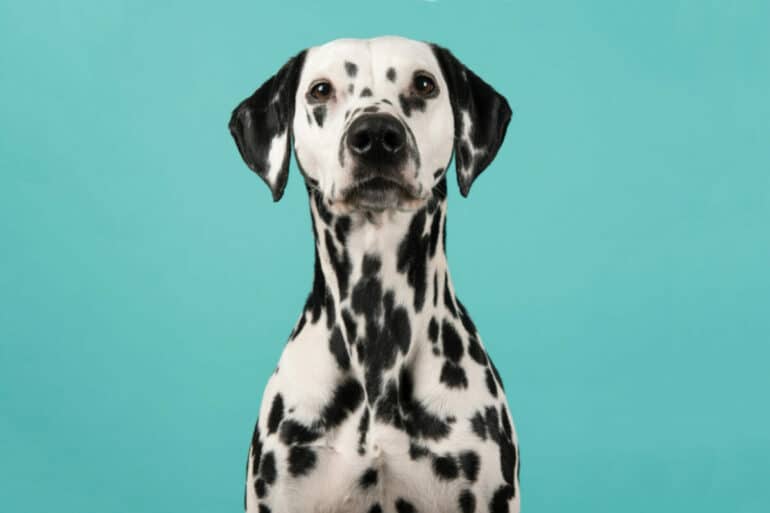 If there’s one thing a Dalmatian is known for, it’s their spots. Or, their claim to fame in the Disney classic 101 Dalmatians. Yet, Dalmatians are one of the oldest breeds in the world. That means there are a ton of fascinating facts to learn about this unique dog breed!

Let’s learn some fun facts about the Dalmatian dog breed! 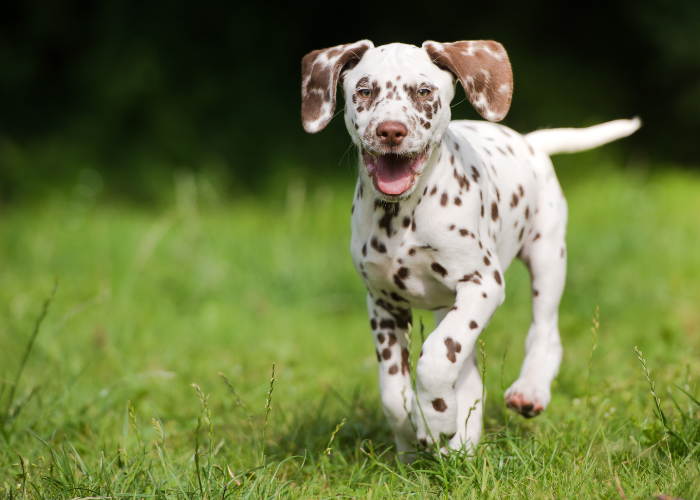 Despite being known for their unique coat, Dalmatians enter this world without spots. Dalmatian pups don’t see their spots until about a few weeks old, developing a full spectrum of spots around 3 to 4 months old.
What’s even more interesting is that Dalmatians do not always have black spots. These dogs can often have brown spots too. You can also find a Dalmatian with lemon, blue, and brindle spots, although these are a little rarer.

Dalmatians are not from Dalmatia

A huge misconception is that Dalmatians come from Dalmatia in Croatia. Research shows that these dogs have almost zero correlation with this place. Yup – how Dalmatians got their name still remains quite the mystery! 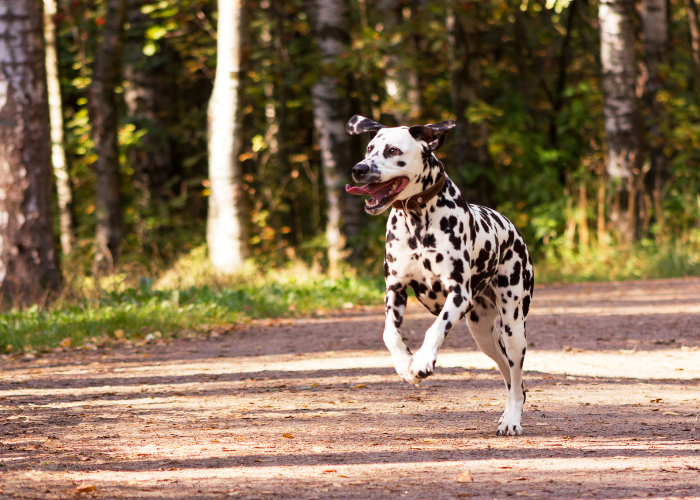 In fact, no one really knows where this breed came from entirely

If there’s one thing for sure, it’s that Dalmatians are a very old dog breed. Yet, where the Dalmatians came from is still a puzzle for researchers.
According to many researchers, Dalmatians don’t genetically line up with any breed in particular. This makes discovering this breed’s exact lineage even more difficult. So, researchers got to analyzing history…
There were mentions of spotted dogs dating back to ancient Egyptian and Greek times. That’s nearly 5000 years ago!  While it isn’t confirmed that these are for sure the ancestors of Dalmatians, there is a clear and ancient lineage of spotted dogs that resemble Dalmatians. What we do know is – this dog breed’s more modern relatives arrived in England in the 16th century, becoming the nation’s carriage dog.

Not all Dalmatians are the same

These dogs do not all have identical spots. A Dalmatian’s spotted pattern is unique to every Dalmatian. What’s even crazier is that these dogs don’t only have spots on their coat – they have spots inside their mouths as well! 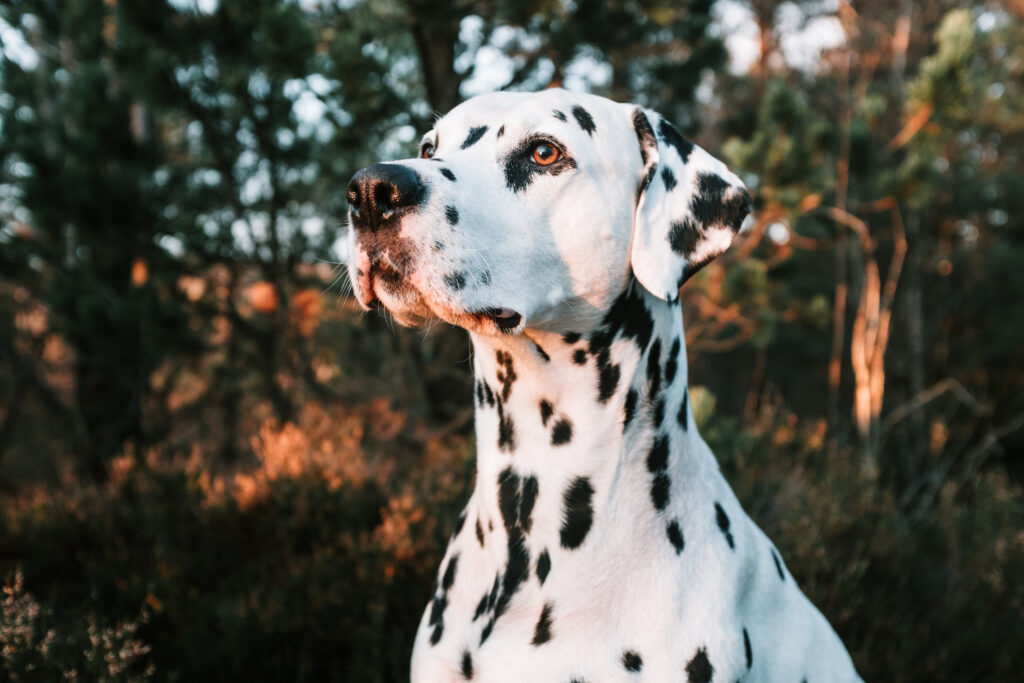 These are the official firehouse dogs

What made Dalmatians most famous, apart from 101 Dalmatians, is their role as firehouse dogs. This evolved from a Dalmatian’s history as a coach dog.
Centuries ago, Dalmatians showed their ability to work well with horses. These impressive dogs could keep up with horses, running alongside horse-drawn carriages. This led to Dalmatians training as coach dogs that would guide and support horses in transit.
During these times, there wasn’t a fire truck, but a firehouse wagon. Dalmatians were the ones responsible for waking everyone up and getting the horses moving to stop the fire.
Flash-forward to automobile times, Dalmatians are still the official firehouse dogs. They no longer need to lead the wagons, though. Today, they get to ride inside the trucks as firefighters’ loyal and trusted steads! 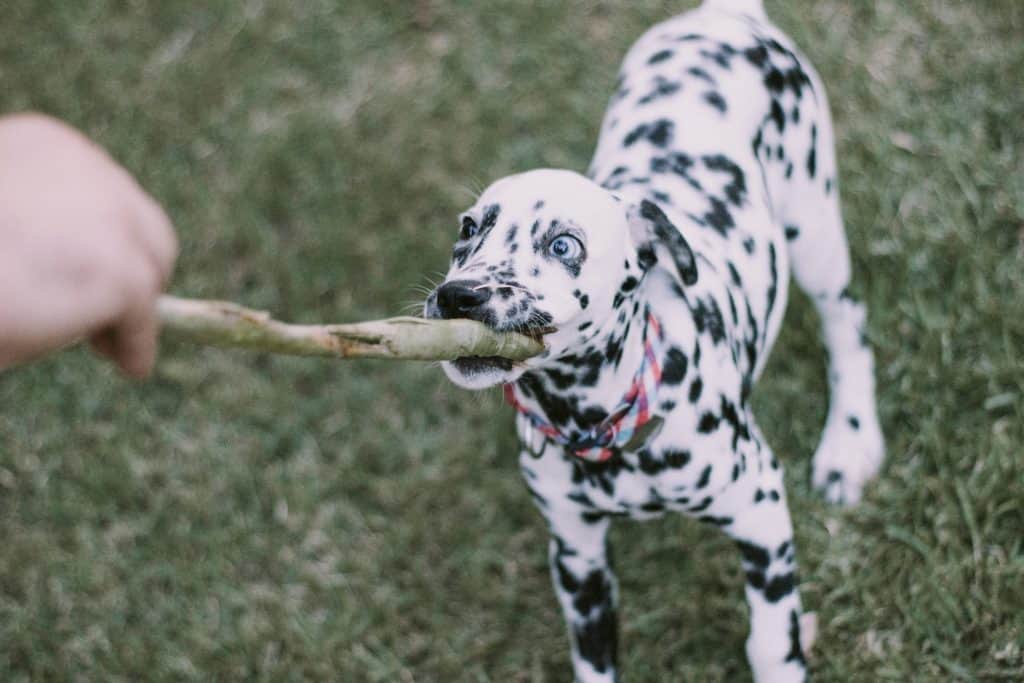 Dalmatians have a lot of energy. I mean, these dogs can run as fast as horses! It is extra important that Dalmatians receive tons of exercise. If they don’t, Dalmatians are notorious for taking up some pretty destructive behaviors. The point is: Dalmatians are not meant to be kept inside. They’re born and bred coach dogs.

Disney did more harm than good to Dalmatians

Although 101 Dalmatians perfectly showcased the goofy and loyal nature of Dalmatians, it caused too much excitement around the breed. So much so, that people overbought Dalmatian puppies. Yet, many dog owners didn’t realize the upkeep Dalmatians required. This sadly resulted in many Dalmatians in shelters, searching for new homes. 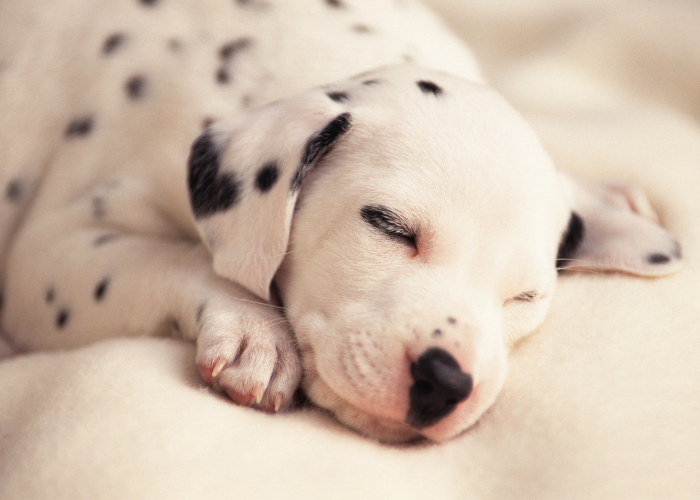 These are a truly sweet and loyal dog breed

Despite catching a bad rap for destructive behaviors, Dalmatians are kind dogs at heart. They simply require a lot of love and attention. Oh, and ample space to run around in!

Deafness is a problem for Dalmatians

One genetic issue Dalmatians face is deafness. It’s estimated that nearly 18 to 30 percent of Dalmatians experience deafness. Strangely enough, deafness is linked to the gene behind a Dalmatian’s unique white coat and sometimes blue eyes. The connection between coat, eye color, and deafness is also a common phenomenon in certain cat breeds as well.
Do you or someone you know have a Dalmatian at home? Or is thinking about taking one home? Sharing these fun facts about Dalmatians will definitely help them prepare for the exciting adventure they’ll have with a Dalmatian at their side. 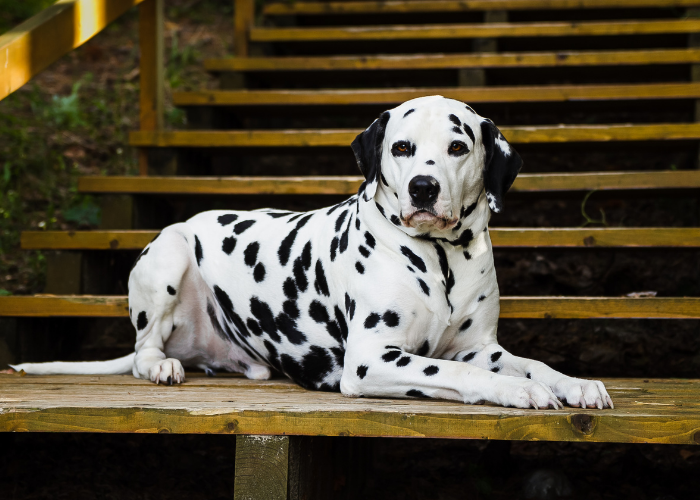 This website uses cookies to improve your experience while you navigate through the website. Out of these, the cookies that are categorized as necessary are stored on your browser as they are essential for the working of basic functionalities of the website. We also use third-party cookies that help us analyze and understand how you use this website. These cookies will be stored in your browser only with your consent. You also have the option to opt-out of these cookies. But opting out of some of these cookies may affect your browsing experience.
Necessary Always Enabled
Necessary cookies are absolutely essential for the website to function properly. These cookies ensure basic functionalities and security features of the website, anonymously.
Functional
Functional cookies help to perform certain functionalities like sharing the content of the website on social media platforms, collect feedbacks, and other third-party features.
Performance
Performance cookies are used to understand and analyze the key performance indexes of the website which helps in delivering a better user experience for the visitors.
Analytics
Analytical cookies are used to understand how visitors interact with the website. These cookies help provide information on metrics the number of visitors, bounce rate, traffic source, etc.
Advertisement
Advertisement cookies are used to provide visitors with relevant ads and marketing campaigns. These cookies track visitors across websites and collect information to provide customized ads.
Others
Other uncategorized cookies are those that are being analyzed and have not been classified into a category as yet.
SAVE & ACCEPT
Home » Canine 411: All About The Dalmatian