Home » UPDATE: Narwhal The Unicorn Puppy Isn’t Up For Adoption After All

UPDATE: Narwhal The Unicorn Puppy Isn’t Up For Adoption After All 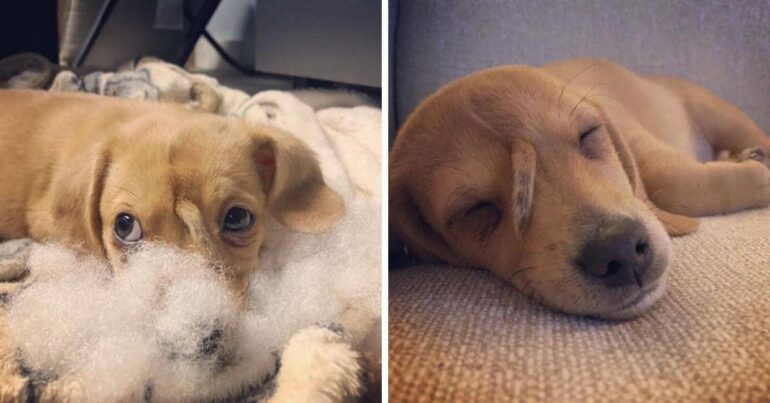 Last month, the discovery of a rescue puppy with a tail growing out of his forehead threw the Internet into a frenzy. The adorable unicorn puppy was taken in by Mac’s Mission, an animal rescue group in Missouri that focuses on dogs with special needs. They named him “Narwhal the Little Magical Furry Unicorn,” and everyone fell in love. We’ve been waiting for the little guy to get adopted and most likely start his career as one of the most famous dogs ever, but Narwhal’s future has taken a different turn. Mac’s Mission just announced that after careful consideration and concern for the unicorn puppy’s safety, he’ll be a permanent part of the Mac’s Mission family.

Instant Fame…But it Wasn’t All Good

Pictures of this completely unique puppy circulated through social media and quickly made their way to major news outlets. Good Morning America even did a feature on the cute little guy. Everyone wanted to know more about Narwhal, and Mac’s Mission received a flood of attention. Most of the messages, comments, and phone calls concerning the unicorn puppy were positive. People expressed gratitude for the rescue that most likely saved his life, and people started donating money in his honor.
Narwhal’s fame isn’t all good, however. The rescue reported that they received “stupid, ugly comments” and even death threats. They were forced to take additional security measures, and Narwhal had to be watched at all times for fear he would be stolen. People desperate to take him home offered the rescue insane amounts of money to buy the puppy. They were all turned down, but they raised a serious concern for the puppy’s well-being. Mac’s Mission founder, Rochelle Steffen, said she was concerned that Narwhal would be exploited and suffer in the wrong hands.

The rescue originally announced that the unicorn puppy would be put up for adoption after it was confirmed that his extra tail wouldn’t become a problem. They received thousands of adoption inquiries and over 300 official adoption applications.  As a small rescue, Steffan knew there was no way her team could thoroughly vet all applicants. There would always be the risk that Narwhal would go to someone who wanted him just for fame or money.
The people at Mac’s Mission strive every day to make the right decisions for the dogs in their care. They are currently involved in a court case surrounding the sale of a previously adopted dog, and the rescue’s former treasurer will soon be charged for allegedly stealing $120,000 from the donation-based organization. They’ve had a tough few years. While Narwhal brought them much-needed awareness and donations, they needed to make a decision that would keep him safe and happy.

Part of the Family

After long discussions, it was decided that the safest thing for Narwhal was for him to go home with Steffan. He will be part of her family, and he’ll remain a beloved member of Mac’s Mission. Steffan’s plan is to love her unicorn puppy every day and train him as a therapy dog. He will also be a spokesdog for a “Different is Awesome” campaign. If his fame does end up earning money, those funds will be put toward the care and safety of other rescue dogs.
Steffan says she never expected to adopt Narwhal herself. She wasn’t interested in taking home a puppy, even one as cute and playful as Narwhal. But she loves her unicorn puppy and wants what’s best for him.

This website uses cookies to improve your experience while you navigate through the website. Out of these, the cookies that are categorized as necessary are stored on your browser as they are essential for the working of basic functionalities of the website. We also use third-party cookies that help us analyze and understand how you use this website. These cookies will be stored in your browser only with your consent. You also have the option to opt-out of these cookies. But opting out of some of these cookies may affect your browsing experience.
Necessary Always Enabled
Necessary cookies are absolutely essential for the website to function properly. These cookies ensure basic functionalities and security features of the website, anonymously.
Functional
Functional cookies help to perform certain functionalities like sharing the content of the website on social media platforms, collect feedbacks, and other third-party features.
Performance
Performance cookies are used to understand and analyze the key performance indexes of the website which helps in delivering a better user experience for the visitors.
Analytics
Analytical cookies are used to understand how visitors interact with the website. These cookies help provide information on metrics the number of visitors, bounce rate, traffic source, etc.
Advertisement
Advertisement cookies are used to provide visitors with relevant ads and marketing campaigns. These cookies track visitors across websites and collect information to provide customized ads.
Others
Other uncategorized cookies are those that are being analyzed and have not been classified into a category as yet.
SAVE & ACCEPT
Home » UPDATE: Narwhal The Unicorn Puppy Isn’t Up For Adoption After All