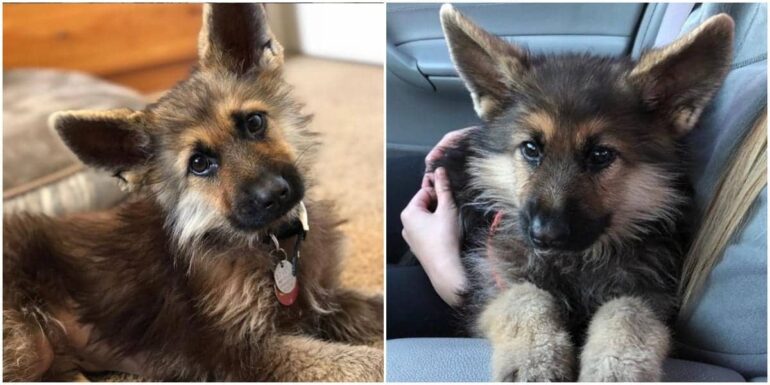 I don’t care who you are, puppies are downright adorable. The way that they follow you around the house, stare up at you with those oh-so-precious eyes, that puppy breath, those tiny teeth, okay, okay, you get it. Imagine this for a moment. You found a Peter Pan puppy that never really grew old? Well, for one German Shepherd puppy named Ranger, he lives with a condition known as pituitary dwarfism which is extremely rare and results in him looking as if he’s a forever puppy. 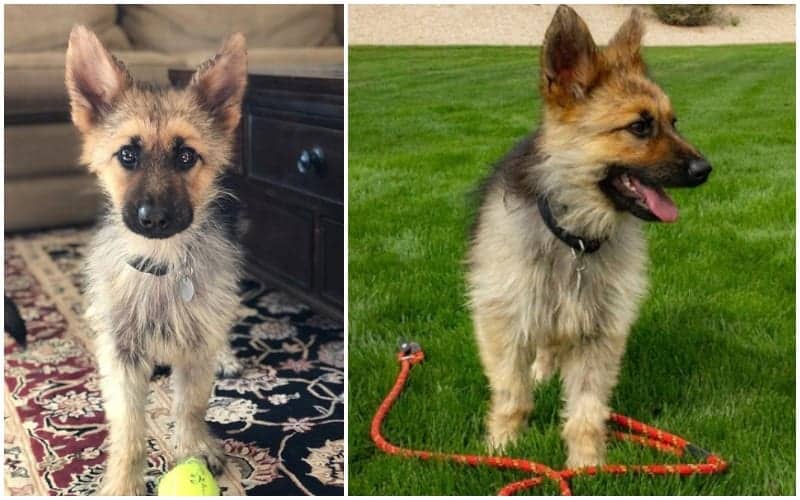 While obviously Ranger has grown in maturity mentally now that he’s roughly two years of age, he is still permanently puppy in size.

The condition usually can also affect other dog breeds, including the Karelian bear dog, the Czechoslovakian Wolfdog, and the Saarloos wolfdog, but for the most part it affects GSDs.
Ranger’s owner, Shelby Mayo, first assumed that her puppy was simply small due to a parasite infection known as Coccidia that he had contracted as a small puppy when she first brought him home.
“When we originally got Ranger from the breeder, he was smaller than all his other littermates, but we figured that was because he had a parasite called Coccidia. During this time Ranger remained very small, the vet had suspected that he may have pituitary dwarfism, a genetic mutation. But we were still skeptical as this condition is very rare.” 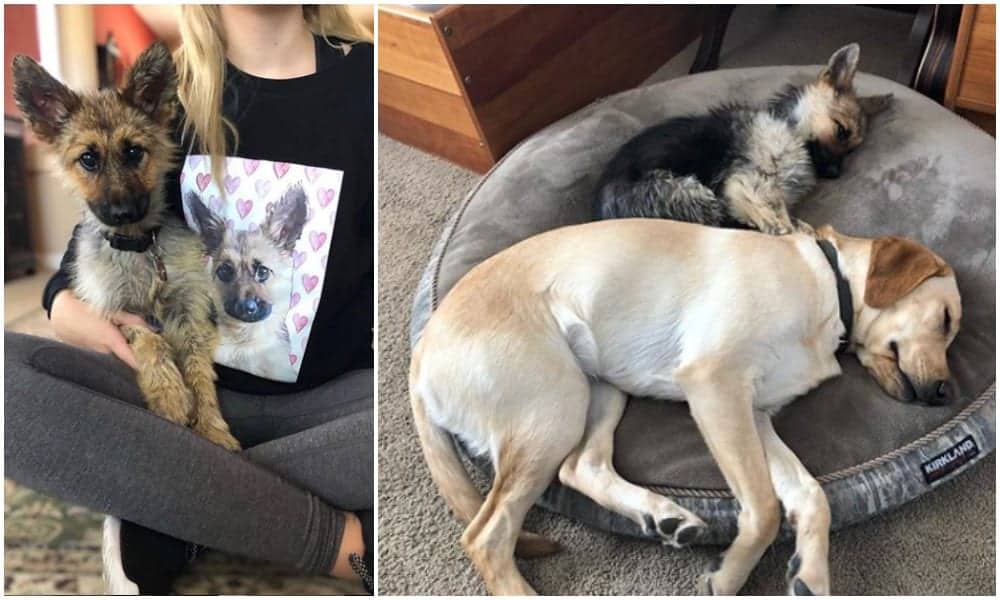 According to ScienceDirect.com, dogs who suffer from this condition do not usually present obvious markers of the condition till around 3 to 5 months of age. For little Ranger, shortly after he was neutered around this age mark, his humans and his veterinarians began to notice that something was very questionable considering his small stature and weight. The markers for pituitary dwarfism in canines come as a result of growth retardation, along with coat and skin abnormalities. 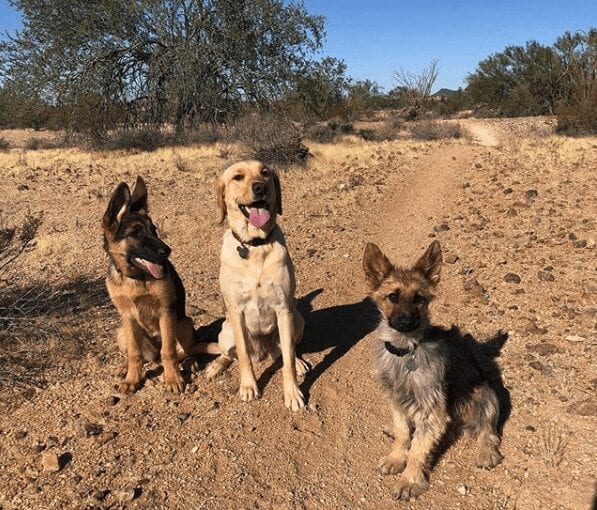 “After a few more months we got him neutered and that’s when we started to see big changes. He lost his appetite, started to lose weight, lost almost all of his fur and had extremely dry and flaky skin,” his owner says.

Check out this adorable forever puppy being, ya know, ADORABLE!

Dogs who live with pituitary dwarfism can suffer from low thyroid levels, which Ranger does and is routinely monitored for it, but aside from that this forever puppy is living a happy and overall healthy life for the time being. Although, it is likely that he can develop health issues as he ages due to his permanent condition.
When he’s not busy cheesing it up for the camera and stealing hearts, he passes the time with his other two dog roommates, Jessie and Hazel, at their home in Phoenix, AZ.

17 Ways to Improve Your Bond With Your Whoodle

Sweet baby, they get bigger, he stays exactly the same! 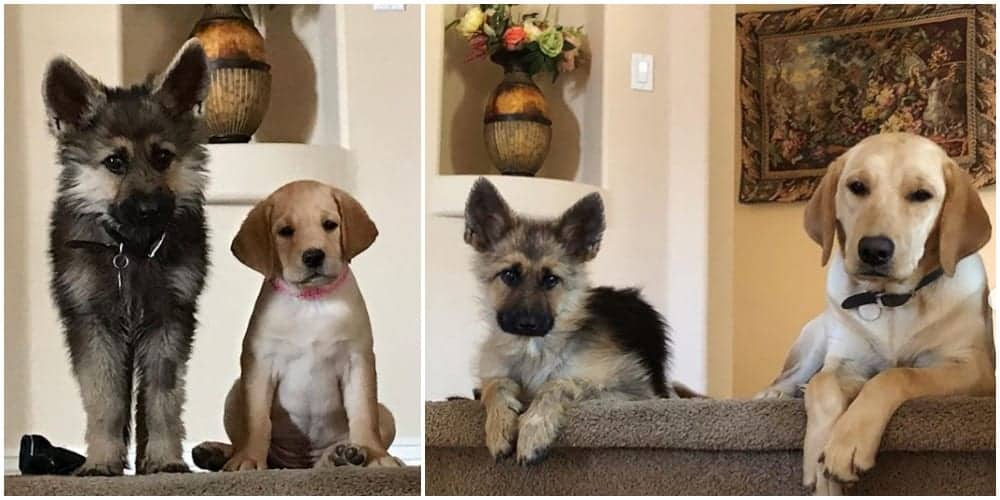 Can’t get enough of Ranger the forever puppy? Follow him on Instagram so you can fill your feed with cuteness overload courtesy of this insanely adorable forever puppy.

This website uses cookies to improve your experience while you navigate through the website. Out of these, the cookies that are categorized as necessary are stored on your browser as they are essential for the working of basic functionalities of the website. We also use third-party cookies that help us analyze and understand how you use this website. These cookies will be stored in your browser only with your consent. You also have the option to opt-out of these cookies. But opting out of some of these cookies may affect your browsing experience.
Necessary Always Enabled
Necessary cookies are absolutely essential for the website to function properly. These cookies ensure basic functionalities and security features of the website, anonymously.
Functional
Functional cookies help to perform certain functionalities like sharing the content of the website on social media platforms, collect feedbacks, and other third-party features.
Performance
Performance cookies are used to understand and analyze the key performance indexes of the website which helps in delivering a better user experience for the visitors.
Analytics
Analytical cookies are used to understand how visitors interact with the website. These cookies help provide information on metrics the number of visitors, bounce rate, traffic source, etc.
Advertisement
Advertisement cookies are used to provide visitors with relevant ads and marketing campaigns. These cookies track visitors across websites and collect information to provide customized ads.
Others
Other uncategorized cookies are those that are being analyzed and have not been classified into a category as yet.
SAVE & ACCEPT
Home » Forever Puppy Wins Hearts On The Internet For His Effortlessly Adorable Charm