Do Dogs Remember Their Previous Owners? 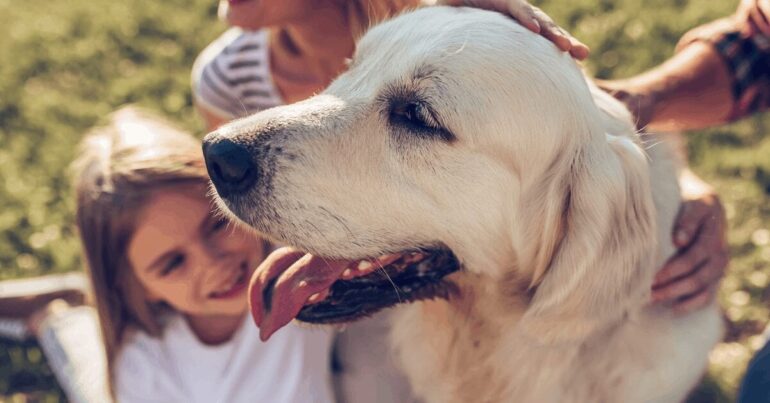 As a dog mom to two rescue pups, I’ve often wondered if my dogs remember their previous owners. If we were to pass them on the sidewalk, would my dog react in an unusual way? Do my dogs think about their previous families randomly throughout the day?
I’ll never know exactly what my dogs are thinking. A lot of what goes on behind those puppy dogs eyes will always be a mystery, but scientists and canine behaviorists have done studies on canine memory. We can’t know for sure, but evidence supports the theory that dogs do indeed remember their previous owners.
How much they remember and whether or not they think about them regularly is still up in the air. But if your dog has lived with more than one family, there’s a good chance they remember those important people from their past life. The key to knowing whether or not dogs remember previous owners is understanding how a dog’s memory works. While humans have what’s called “episodic memory,” dogs think a little differently.
When you think about something that happened in the past, you most often think about it in terms of time. You know whether the event happened a few minutes ago or a few years ago. We use our artificial measurements of time to place events in the past and keep them in order.
Dogs don’t do that. Instead of thinking about an event based on time, they use associations. This is referred to as an “associative memory.”
Instead of remembering that they went on a walk two hours ago, your dog remembers that they went on a walk right after you stood up from the couch and got your shoes. They also remember how happy they felt when you were outside strolling down the sidewalk. Going forward, your dog will remember those positive emotions in association with the behaviors and actions that led up to the walk. The difference between human and canine memory is related to the fact that dogs don’t tell time in the same way we do, but it’s also based on their basic survival instinct. As dogs evolved, they needed to learn how to avoid danger. An associative memory helped with this by highlighting everything that either put them at risk or kept them safe. Your dog’s ancestors used their memories to find food and fend for themselves, but even today’s pampered pets use their associative memories to stay safe.
For example, dogs can associate certain people with different emotions. If a person is consistently kind to them, they’ll relate that person to positive feelings. And if a person abuses or scares them, they’ll remember those traumatic events and avoid that person in the future.

Rescue dogs, and other dogs who have lived with multiple families, use associative memories to remember all the different people in their lives. With anecdotal evidence alone, we can see that dogs both remember and recognize people they haven’t seen for extended amounts of time.
Some of my favorite examples of this are dogs that are reunited with their military moms and dads. You can tell by the way the dogs bark, jump, and wag their tails that they remember their owners, even if they were away for a year or longer. It’s obvious that with these reunions, the dogs are associating their long-lost humans to positive emotions and happy experiences.

We also see evidence of dogs remembering humans when those past owners were unkind or abusive. It’s fairly common for rescue dogs that come from traumatic backgrounds to adopt behaviors related to past experiences.
If they were repeatedly abused by the previous owner⁠—a man with a long beard⁠—there’s a good chance they’ll remember that person and react poorly every time they see a man with a beard, even if it’s a different person every time. It’s hard to tell whether the dog thinks every man with a beard is the same person who inflicted the abuse, or maybe the sight of a similar-looking person brings up bad memories that the dog can’t ignore.

Canine 411: All About The Doberman Pinscher Dog Breed

Based on this evidence, many behaviorists have a theory that dogs only remember people who make a lasting impression. That impression can be either positive or negative,  but the associated emotions need to be especially strong to stand the test of time. Therefore, dogs are likely to remember past owners whom they either bonded with or were afraid of. Someone who fell somewhere in the middle, however, might not have made a lasting impression. I take this to mean that since my rescue dog bounced between three different homes before I found him, he might not remember his previous owners. He was only with each family for a few days, and that probably wasn’t long enough for him to make any associative memories connected to individual people.
If your dog spent years with the same person or went through a particularly traumatic experience in a short-period of time, however, there’s a good chance they remember their past owners. They would also probably recognize that person and react accordingly.
I’ll likely never meet my dogs’ previous owners. And I can’t know for sure whether or not my dogs still think about the people who used to be in their lives. I do know, however, that my dogs love me and are happy to be part of my family. We’re living in the present, not the past.
Do you know how dogs choose their favorite humans? Find out here. This website uses cookies to improve your experience while you navigate through the website. Out of these, the cookies that are categorized as necessary are stored on your browser as they are essential for the working of basic functionalities of the website. We also use third-party cookies that help us analyze and understand how you use this website. These cookies will be stored in your browser only with your consent. You also have the option to opt-out of these cookies. But opting out of some of these cookies may affect your browsing experience.
Necessary Always Enabled
Necessary cookies are absolutely essential for the website to function properly. These cookies ensure basic functionalities and security features of the website, anonymously.
Functional
Functional cookies help to perform certain functionalities like sharing the content of the website on social media platforms, collect feedbacks, and other third-party features.
Performance
Performance cookies are used to understand and analyze the key performance indexes of the website which helps in delivering a better user experience for the visitors.
Analytics
Analytical cookies are used to understand how visitors interact with the website. These cookies help provide information on metrics the number of visitors, bounce rate, traffic source, etc.
Advertisement
Advertisement cookies are used to provide visitors with relevant ads and marketing campaigns. These cookies track visitors across websites and collect information to provide customized ads.
Others
Other uncategorized cookies are those that are being analyzed and have not been classified into a category as yet.
SAVE & ACCEPT
Home » Do Dogs Remember Their Previous Owners?