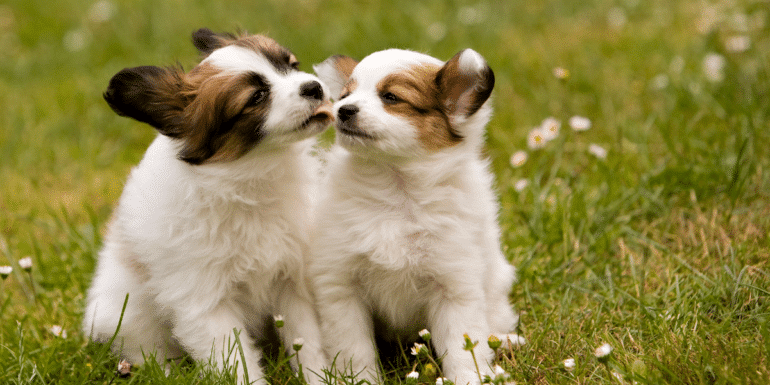 There are hundreds of different dog breeds living throughout the world today. All of them have unique differences. In this article we will be exploring the five smallest dog breeds. These breeds are perfect for city-folk living in cramped apartments, but many of these little pups also enjoy the fresh air and open spaces. Now, let’s take a look at these tiny companions. 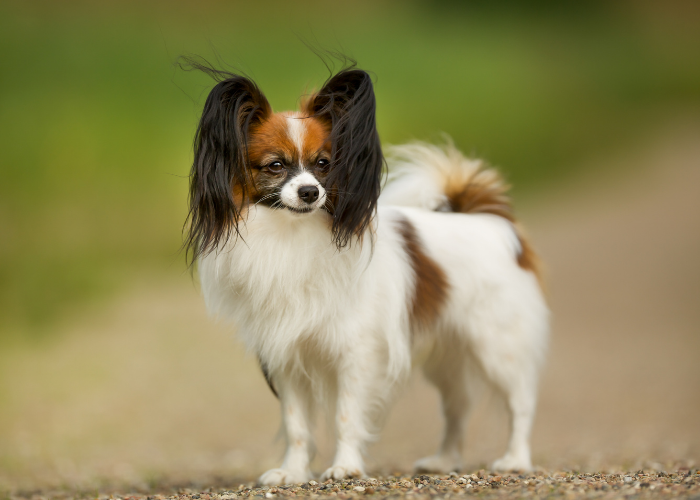 “Papillon” literally translates to “butterfly” in French. This is a reference to the dog’s floppy ears which protrude out to the side giving them the appearance of butterfly wings. The papillon is one of the oldest spaniel breeds. Generally, full grown papillons will weigh just between seven and ten pounds! These pups are known for their intelligence and often are bred as show dogs. Learning new tricks is a breeze for these little Einsteins. Like other toys, papillons’ temperaments can vary based on their surroundings. Some will have anxiety around other dogs or unfamiliar people. However, many papillons are known to be great family dogs and very gentle with children. 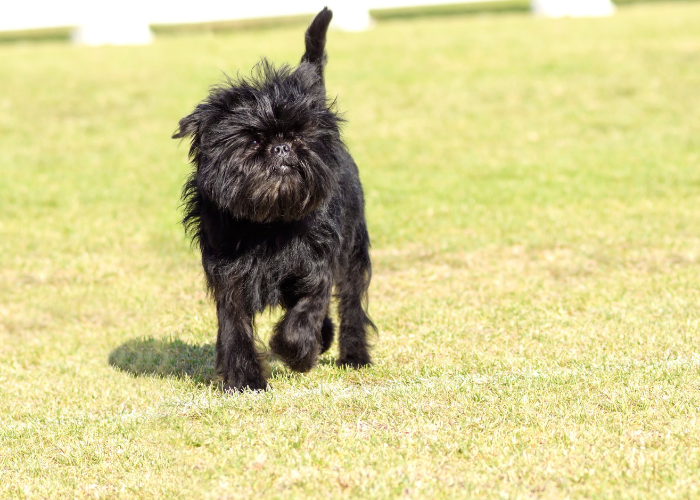 At number four on our list, we have the beautiful affenpinscher! These little furballs originally come from Germany. They usually only stand between nine and twelve inches tall, but their sassy personalities more than makeup for their lack of physical stature. Affenpinschers were originally bred to be kitchen dogs. This means that they were trained to keep rats and other vermin away from food supplies. To this day, affenpinschers are an excellent breed to adopt if you are having a rodent problem. Known for having strong personalities, these pups can sometimes be hard to train, but they are known to be incredibly loyal and loving companions. 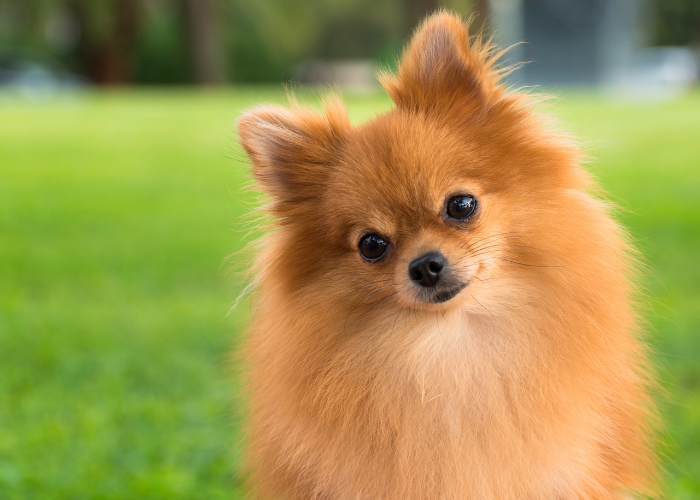 Usually weighing between five and eight pounds, poms have been a popular dog breed for over 250 years! Named after the Pomerania region of Central Europe from whence they came, Pomeranians are known for their unique “fuzzball” look. Due to this crazy fur, poms require constant grooming and attention. During the eighteenth century, Pomeranians became very popular within European high society. In fact, Queen Victoria of Great Britain famously owned a pom. This pooch can be seen depicted in her lap in many of the paintings from that era. Pomeranians are typically loving and playful dogs. One issue with the breed can be that of excessive barking. Some poms have a hard time containing their high pitched squeals amongst company. However, these pups have been known as loyal friends for centuries at this point. 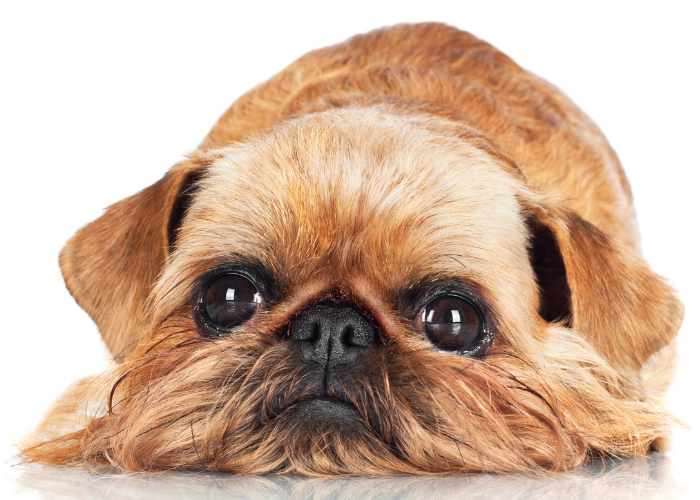 Now, at number two on our list we have the diminutive Brussels Griffon.  This terrier breed has been bred in Belgium for centuries. Like the affenpinscher, griffons were bred to keep rodents at bay and away from fresh produce. The Brussels Griffon is unique in a number of ways. Firstly, they are very smart but also very sensitive. If overworked, these pups can become despondent and annoyed with their owner. On the other hand, many will argue this is the most loyal breed in the world. The Brussels Griffon will generally only bond with one human in their lifetime. This mean they may be wary of strangers or even other members of a family. However, these dogs will essentially pledge their lives to whomever they consider their one master. Due to this, they are a great dog for single men or women without a family. 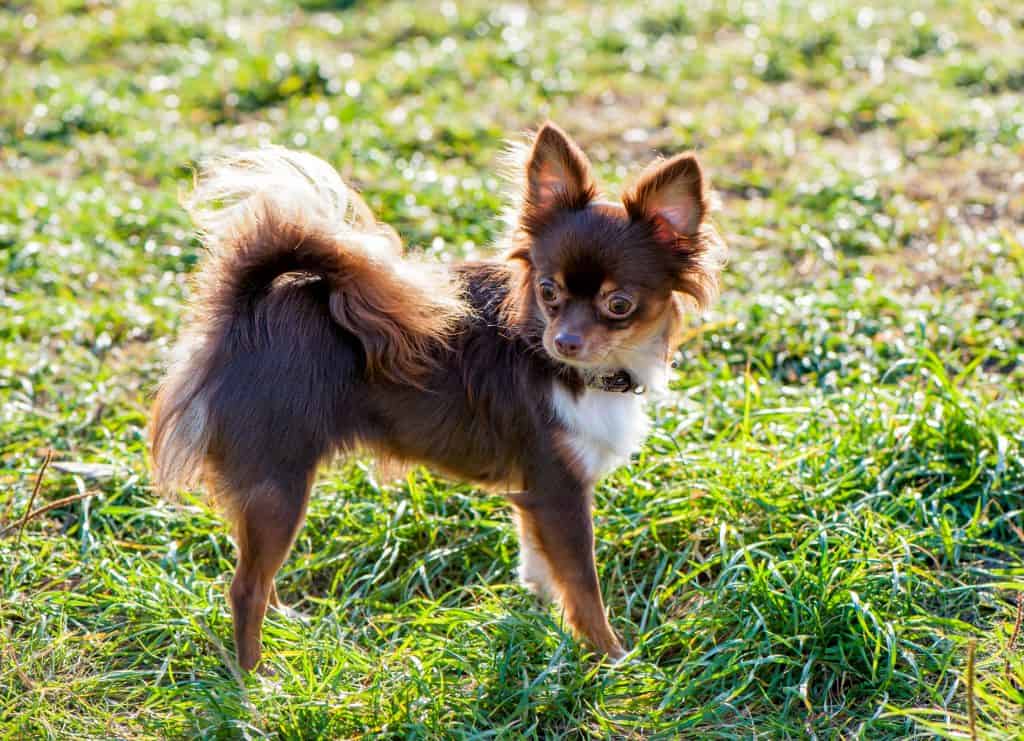 Finally, at number one on our list of the five smallest dog breeds is the mighty Chihuahua. Weighing only four to six pounds, these pint sized pups can pack a wallop of personality. Originally, the Chihuahua hails from the arid deserts of northern Mexico. Because of this, chihuahuas adapt well to any type of warm climate. In fact, they make an appearance in my Dog Breeds That Love Warm Weather article. These pups are known to have big personalities and can be great companions to children or the elderly. They are very low maintenance when it comes to grooming. However, they can be high maintenance when it comes to training. Despite all of this, Chihuahuas remain one of the top fifty most popular dog breeds in the world! 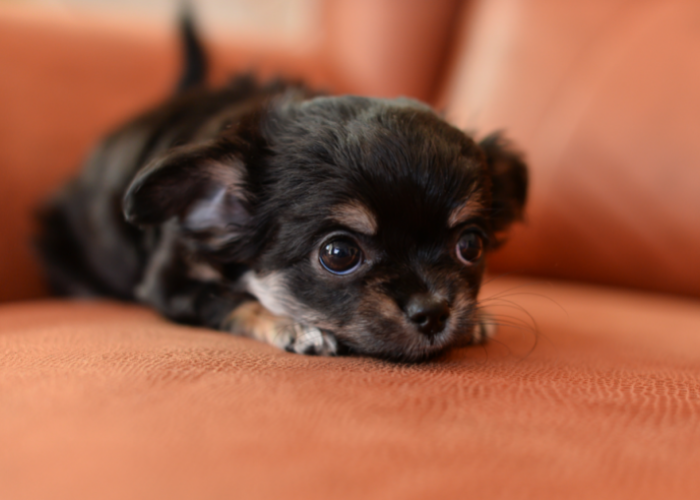 This website uses cookies to improve your experience while you navigate through the website. Out of these, the cookies that are categorized as necessary are stored on your browser as they are essential for the working of basic functionalities of the website. We also use third-party cookies that help us analyze and understand how you use this website. These cookies will be stored in your browser only with your consent. You also have the option to opt-out of these cookies. But opting out of some of these cookies may affect your browsing experience.
Necessary Always Enabled
Necessary cookies are absolutely essential for the website to function properly. These cookies ensure basic functionalities and security features of the website, anonymously.
Functional
Functional cookies help to perform certain functionalities like sharing the content of the website on social media platforms, collect feedbacks, and other third-party features.
Performance
Performance cookies are used to understand and analyze the key performance indexes of the website which helps in delivering a better user experience for the visitors.
Analytics
Analytical cookies are used to understand how visitors interact with the website. These cookies help provide information on metrics the number of visitors, bounce rate, traffic source, etc.
Advertisement
Advertisement cookies are used to provide visitors with relevant ads and marketing campaigns. These cookies track visitors across websites and collect information to provide customized ads.
Others
Other uncategorized cookies are those that are being analyzed and have not been classified into a category as yet.
SAVE & ACCEPT
Home » The Five Smallest Dog Breeds