Home » SAMe: Why It’s A Powerful Supplement For Dogs

SAMe: Why It’s A Powerful Supplement For Dogs 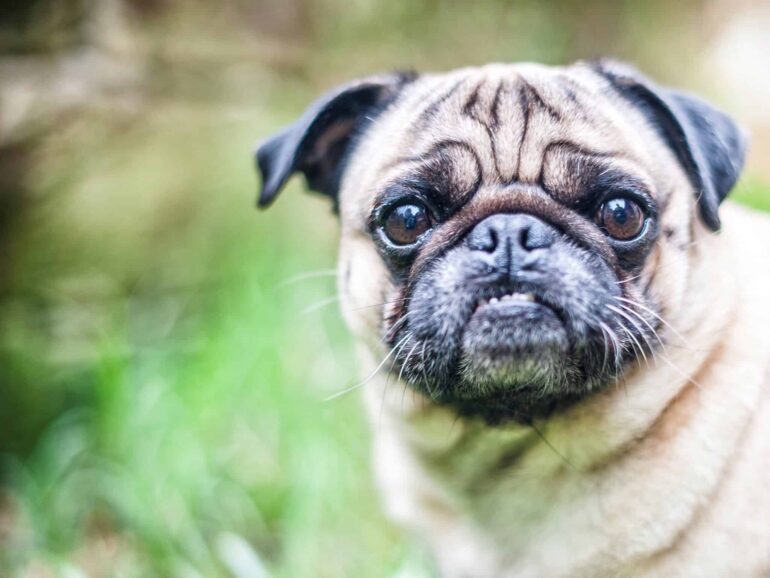 SAMe (S-Adenosyl-L-Methionine) is the bio-available form of Methionine, which is an amino acid that is plentiful in certain foods.  SAMe is a supplement used in both humans and dogs to support the liver and studies have shown that it aids in brain functions such as cognition, memory and mood.

Within the body, SAMe is converted into several compounds that are used in dozens of crucial cell reactions.

SAMe SUPPORTS THE LIVER IN DOGS

When SAMe is broken down in a dog’s body, some of the resulting compounds work to protect liver cells from damage and improve the organ’s function. Two of these compounds are glutathione and taurine.

When the liver is damaged or not functioning optimally due to a medical condition, it has more trouble converting methionine from the diet into SAMe and then on to glutathione. That means less antioxidant strength is present to protect healthy liver cells from being damaged, which further decreases liver function.  A healthy liver is important for many functions in your dog’s body.

Giving a SAMe supplement saves the struggling liver the step of breaking down dietary methionine. Less work to do helps support the liver, and the availability of more SAMe and its resultant glutathione contributes to its ability to heal.  A SAMe supplement can also help support the liver function of dogs receiving certain medications that are known to be hard on the liver, such as epilepsy drugs and NSAIDs.

Due to genetic factors affecting excessive copper storage in their livers, certain breeds are more prone to chronic liver disorders. The English Springer Spaniel and the Bedlington Terrier are at the top of the list.  Median age for diagnosis of liver disease is 8 years but much younger in some breeds.

THE 10 BREEDS MOST PRONE TO LIVER DISEASE

Some of the compounds into which SAMe breaks down within the body are used to make neurotransmitters, which are vital for good brain function. SAMe may be useful in helping support dogs that are showing signs of cognitive dysfunction, or senility.

It can even help relieve pain, and its components are used in building cartilage and collagen. These characteristics make it helpful in supporting dogs with arthritis or other joint problems. In fact, human studies indicate that a SAMe supplement can be as effective as a non-steroidal anti-inflammatory drug (NSAID) for treating arthritis pain, and SAMe doesn’t have the negative side effects that NSAIDs can.

MONITORING THE EFFECTS OF SAMe IN YOUR DOG

Appetite, weight, and attitude are all great ways to monitor your dog’s response to a SAMe supplement.
Your veterinarian may also routinely check certain bloodwork parameters, such as liver function values, to determine your dog’s response to SAMe. Sometimes x-rays, an ultrasound, or a liver biopsy may be done to evaluate how a supplement is helping your dog.

Canine SAMe supplements have not been associated with many negative side effects. Some dogs may get an upset stomach, but that is rare. SAMe is not known to interfere with other medications or supplements in dogs, but you should always check with your veterinarian before you begin giving it.
Always give this dog supplement on an empty stomach.  Enteric-coated tablets should never be split or crushed so it gets past the stomach. The supplement can bother some pet’s throats, but a teaspoon of water with the SAMe should help with this.

A positive response to an appropriate dosage is usually seen in dogs within 1-4 months.

This website uses cookies to improve your experience while you navigate through the website. Out of these, the cookies that are categorized as necessary are stored on your browser as they are essential for the working of basic functionalities of the website. We also use third-party cookies that help us analyze and understand how you use this website. These cookies will be stored in your browser only with your consent. You also have the option to opt-out of these cookies. But opting out of some of these cookies may affect your browsing experience.
Necessary Always Enabled
Necessary cookies are absolutely essential for the website to function properly. These cookies ensure basic functionalities and security features of the website, anonymously.
Functional
Functional cookies help to perform certain functionalities like sharing the content of the website on social media platforms, collect feedbacks, and other third-party features.
Performance
Performance cookies are used to understand and analyze the key performance indexes of the website which helps in delivering a better user experience for the visitors.
Analytics
Analytical cookies are used to understand how visitors interact with the website. These cookies help provide information on metrics the number of visitors, bounce rate, traffic source, etc.
Advertisement
Advertisement cookies are used to provide visitors with relevant ads and marketing campaigns. These cookies track visitors across websites and collect information to provide customized ads.
Others
Other uncategorized cookies are those that are being analyzed and have not been classified into a category as yet.
SAVE & ACCEPT
Home » SAMe: Why It’s A Powerful Supplement For Dogs