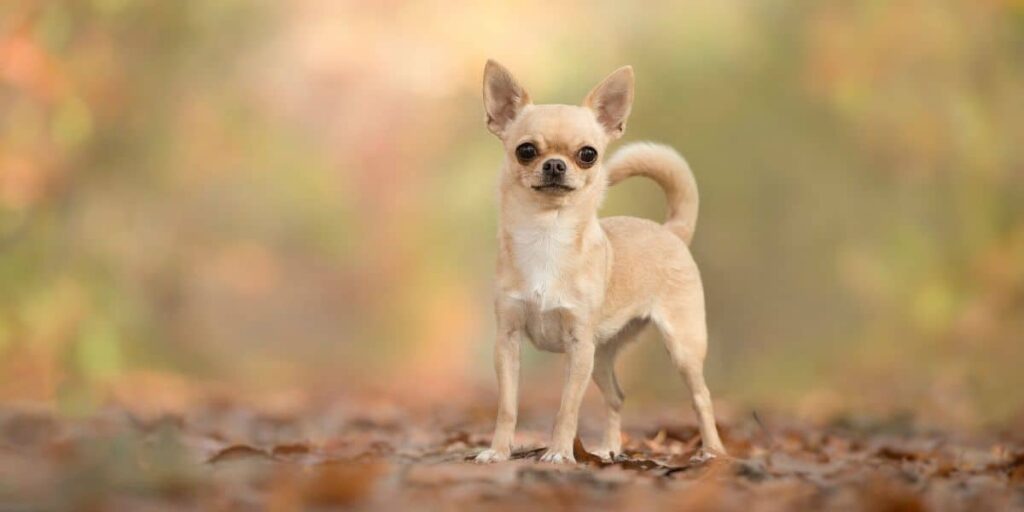 20 Fun Facts About Chihuahuas To Test Your Knowledge

Chihuahuas are one of the most popular small dog breeds in the country, and we all know why.  They don’t even weigh 10 pounds, and yet they have huge personalities. These little dogs are not shy when it comes to expressing their opinions. They don’t let their small stature hold them back, and they’re the perfect dogs for anyone who wants a loyal best friend.  Common facts about Chihuahuas include details about their small size and Taco Bell fame, but there’s a lot more to these popular purse dogs.
If you’ve ever shared your life with a Chihuahua you know all about how they fit perfectly in your lap and act tougher than they look. But there is a lot about this charming dog breed that people don’t know. 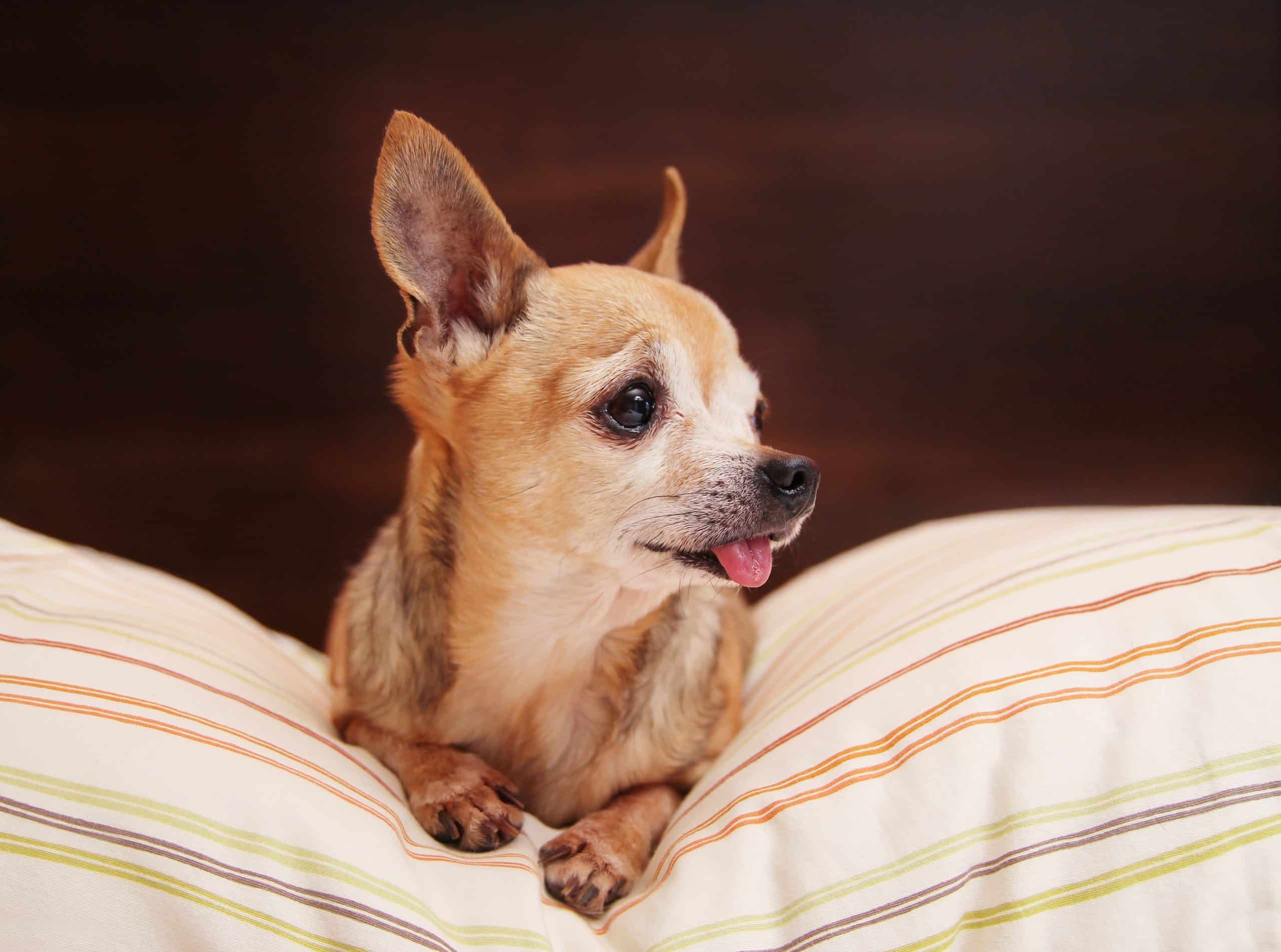 Check out this list of facts about Chihuahuas to expand your knowledge about your favorite dog breed.

1. Chihuahuas really did originate from Mexico.

They’re named after the largest state in Mexico, Chihuahua.

Fans of the small Mexican dogs started bringing them across the border into southern towns.

3. The breed has gotten smaller over time.

The original dogs were larger than the modern versions. Humans have gradually bred them to be smaller—probably because we associate small things with being undeniably cute.

4. They are the smallest dogs in the world.

Chihuahuas are ranked as both the shortest and lightest dogs in the world. The breed standard puts them no taller than eight inches and no more than six pounds.

5. A lot of Chihuahuas have soft spots on their heads.

It’s called a molera, and it’s the same kind of soft spot humans babies have at birth. But unlike humans, it’s not uncommon for a Chihuahua to keep this soft spot their whole life.

6. Some people get confused when looking at Chihuahuas because their heads can look distinctly different.

That’s because the breed comes in two different types in regards to head shape. There are deer-headed and apple-headed Chihuahuas. The AKC only recognizes apple-head Chihuahuas. 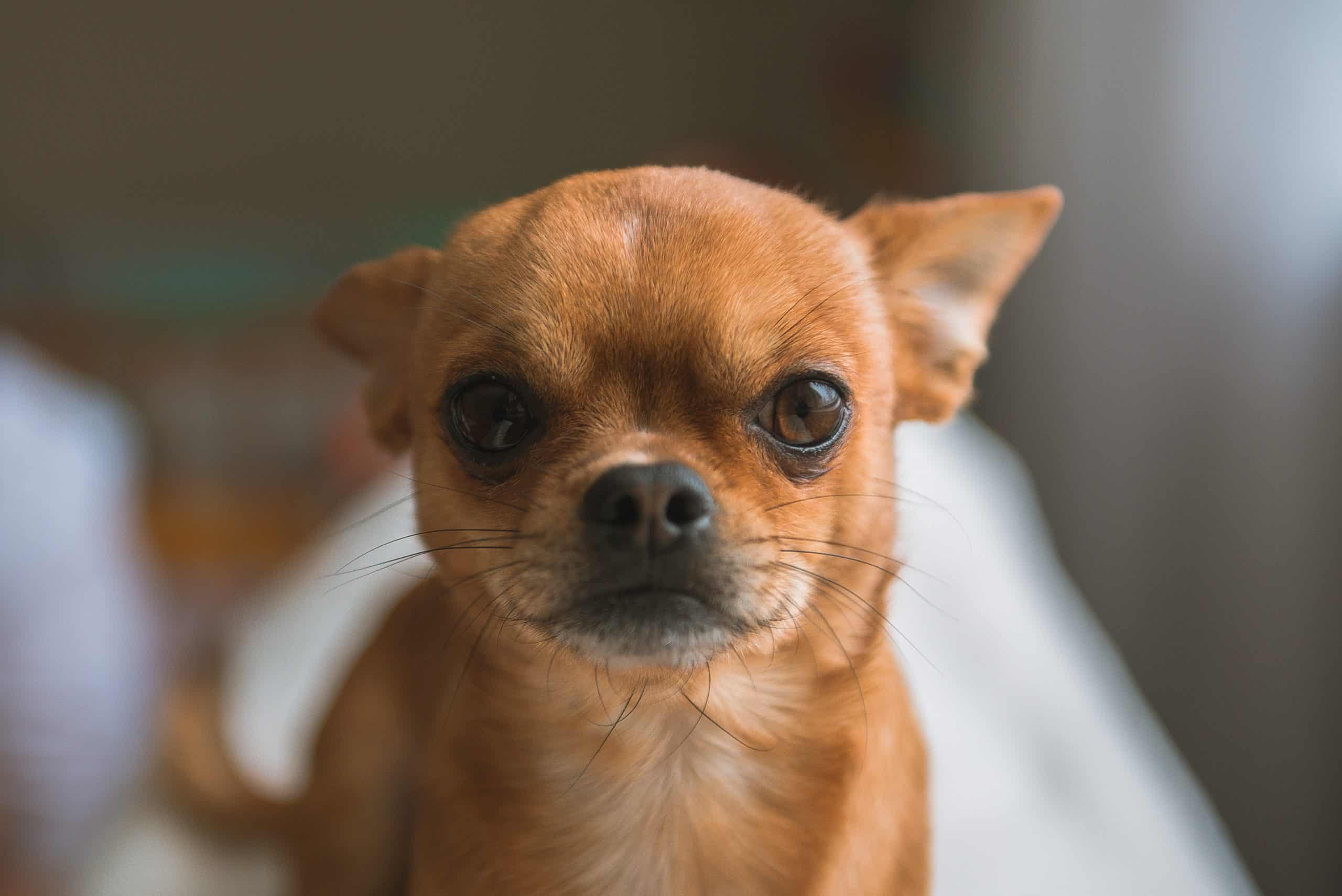 Some research shows Chihuahuas are one of the most aggressive dog breeds. That includes aggression toward humans and other dogs. They tend to have what’s called Small Dog Syndrome. Basically, they try to be as intimidating as possible to make up for their small size.

He was registered in 1904 and symbolized a new era for the beloved breed.

9. Behaviorists say the Chihuahua is the only dog breed to exhibit “clannish” behavior.

This means they prefer other Chihuahuas over different dog breeds.

10. People used to believe that Chihuahuas could cure asthma and other respiratory illnesses.

There’s no science to back it up, but centuries ago, people used to spend time with the small dogs because they thought their little bodies would absorb the illness and lead to healing.

11. These tiny dogs have one of the longest lifespans when compared to all other dog breeds. 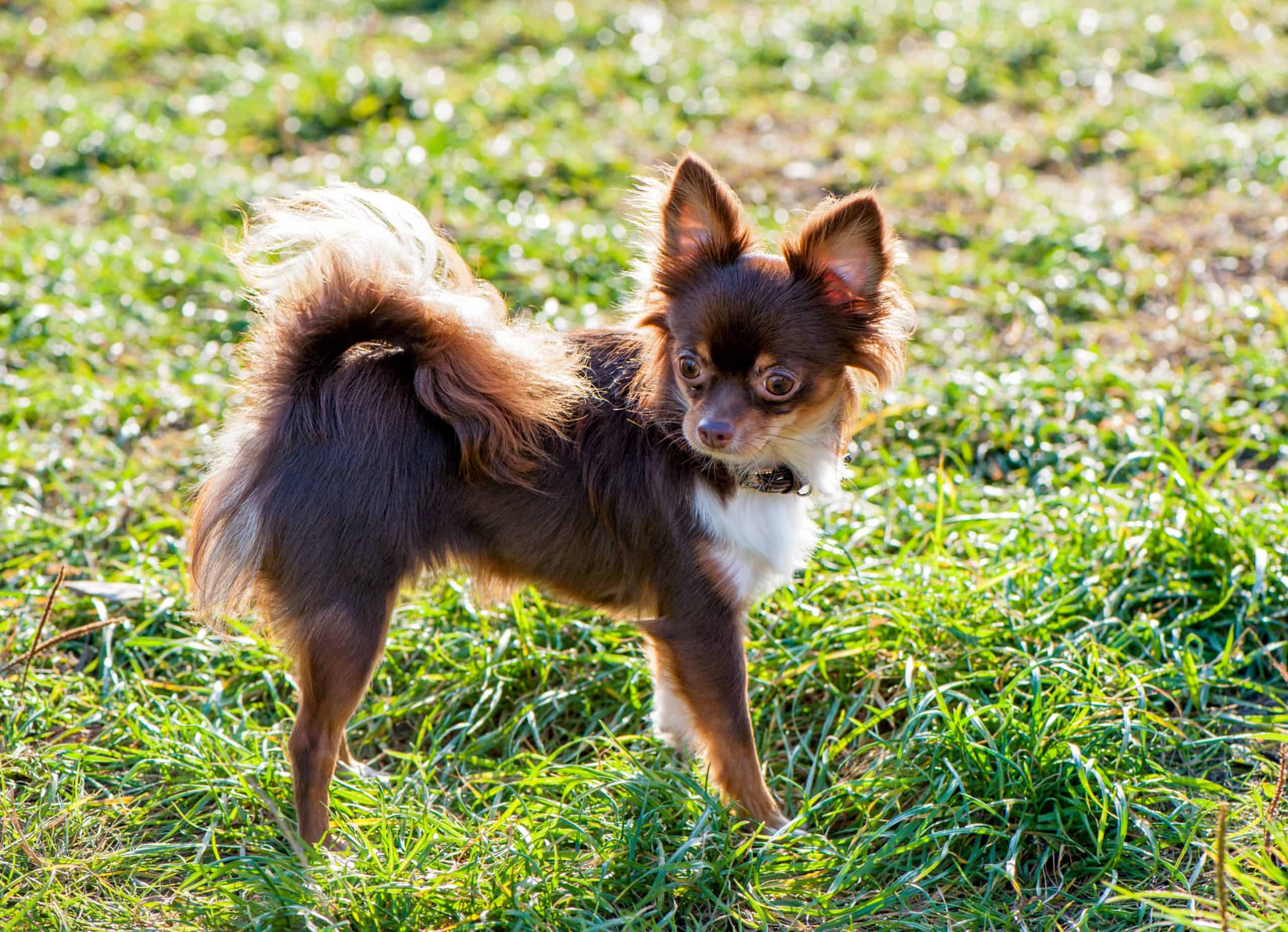 12. Packs of wild Chihuahuas used to terrorize towns in the Southwestern U.S.

These packs were a common sight in the late 1800s and early 1900s, but an Arizona town had a wild Chi problem in 2014. Reports say around 7 small dogs ran wild through the town causing all kinds of mayhem.

The pampered pooch snoozing on your couch probably isn’t much for climbing, but in the wild, these little dogs liked to sleep in trees to protect themselves from predators.

14. Since the first Westminster Kennel Club Dog Show in 1877, the Chihuahua has never won Best in Show.

It won Best in Group only once.

15. White is the rarest coat color for this dog breed.

We’re talking about solid white with no other markings.

16. These little dogs have the largest brain-to-body ratio of any other dog breed.

17. “Teacup” Chihuahuas are not a real thing.

Neither the AKC or any reputable dog breeder recognizes “teacup Chihuahuas.” It’s simply a term some breeders use to make their dogs seem smaller or more valuable.

18. Chihuahuas like fetch as much as any Labrador Retriever.

They’re natural retrievers and love it when their people toss a ball or a small plush toy for them to chase down and retrieve. 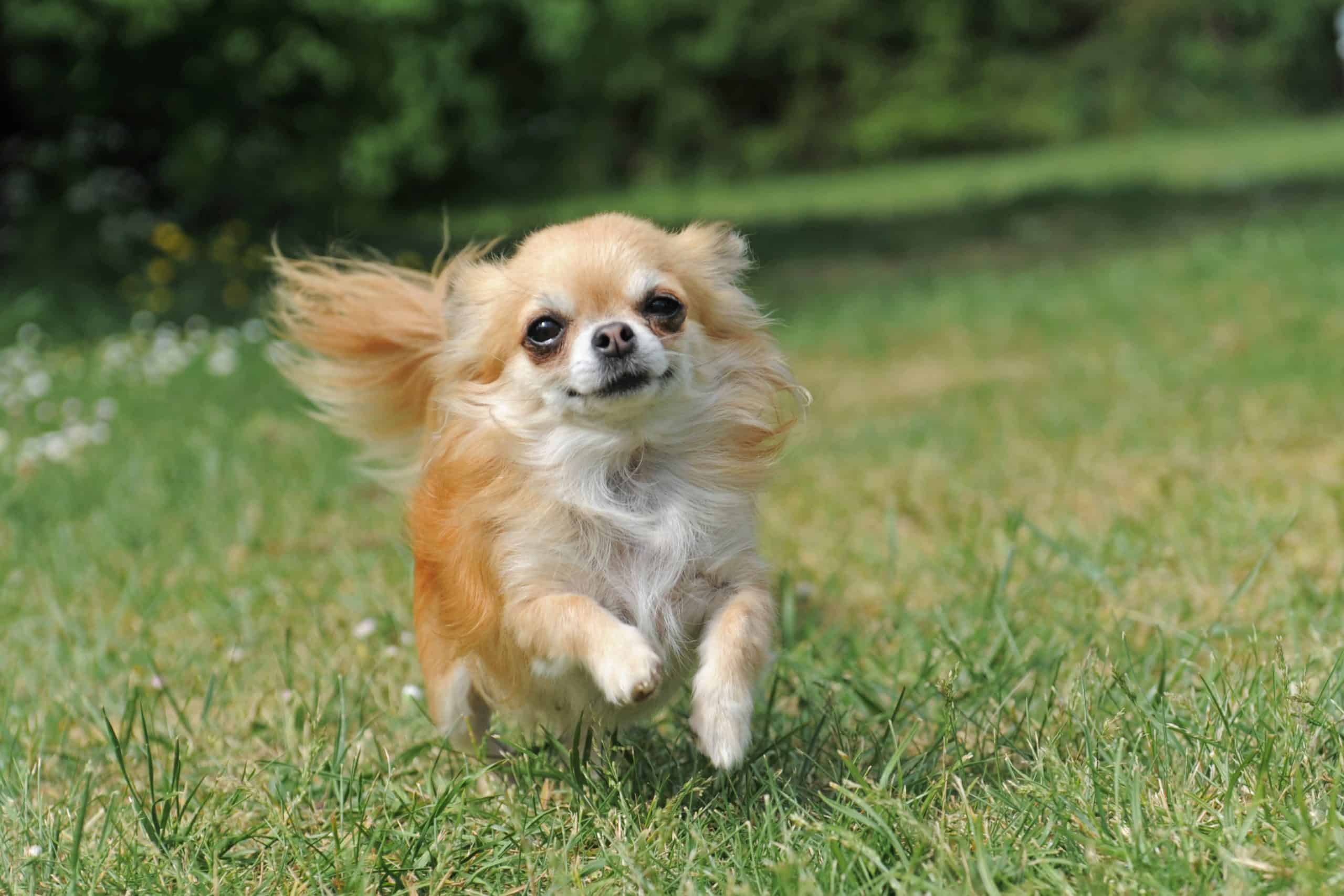 19. Short-haired dogs were originally bred with Papillons to make the long-haired version.

Now both the short- and long-haired types are recognized by the AKC.

Puppies have extremely large heads, and Chihuahuas have more cesarean sections than any other dog breed.
How many of these facts about Chihuahuas did you already know? Let us know in the comments! And when you’re done, don’t forget to share this list with all your Chi-loving friends. 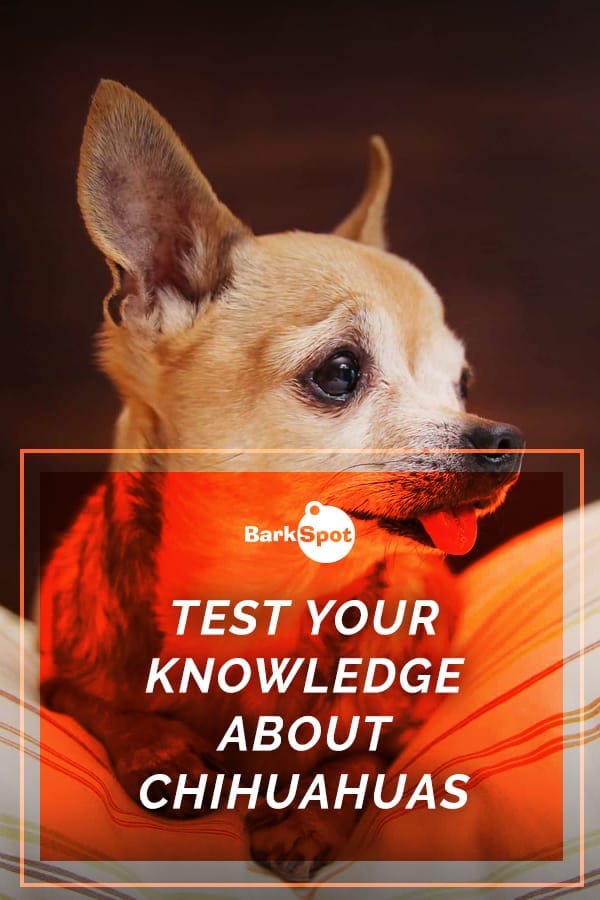 How Do Dogs Get Parvo?

Large Hypoallergenic Dogs You Should Know About

Can Dogs Have Bell Peppers?

Why Do Dogs Get Car Sick?