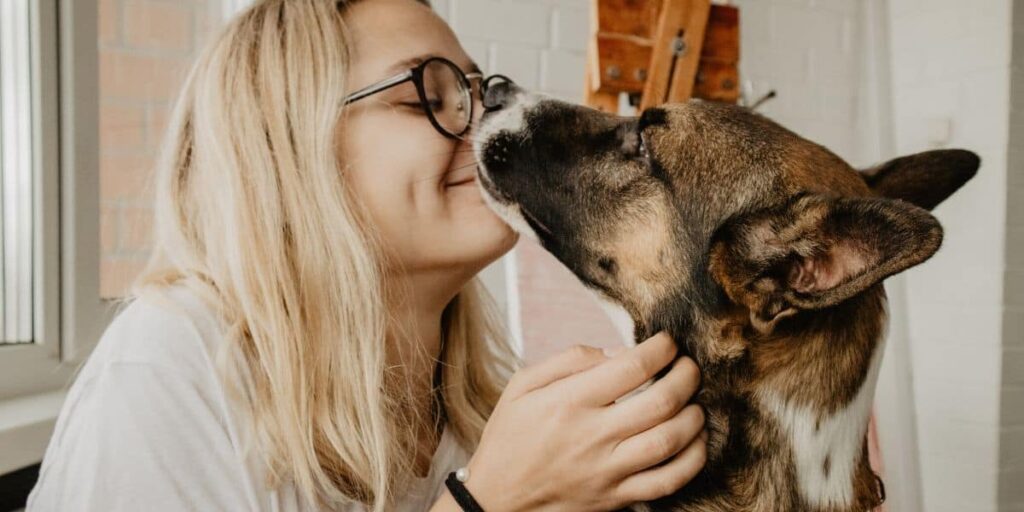 How Do Dogs Choose Their Favorite Humans?

There are few things better than when your dog walks into a room full of people and heads straight for your lap. It’s like those other people don’t even exist, and your dog only has eyes for you. Your bond is so strong that you know without a doubt that you are your dog’s favorite human. This kind of strong bond doesn’t happen with every dog you meet, or even every dog you live with. But when a dog picks you, it’s an incredible feeling.

In my house, my dog Copper has always made it clear that I’m his person. Sure, he loves my husband. But he LOVES me with a capital L. If Copper and my husband are cuddling on the couch and I sit down, Copper will get up, leave my husband, and situate his 65 pounds in my lap. When my husband and I walk in the house after being gone for a few hours, Copper will run right past him to get to me. Copper’s unfailing affection toward me is thanks to a couple things. And if your dog has chosen you as their favorite–or even if they’ve chosen someone else–you’ll relate to these key factors that go into how a dog picks their person.

This is an easy one. Dogs tend to bond with the people they spend the most time with. It’s the same way for humans. The more time we spend with someone, the more comfortable with them we’ll be. To take this a step further, dogs especially make connections when the people they spend time with give them lots of love and attention. That could relate to the person that’s home the most, or it could be the person most likely to snuggle with the dog on the couch
Two months after we adopted Copper, my husband went on a five-month-long work trip. I work from home, so it was literally me and Copper together 24/7 with no one else around. He was a crazy beast back then, and I was the one that ran with him twice a day, trained him multiple times a day, and filled his food bowl. By the time my husband came back, he really didn’t have a chance. I was Copper’s whole world.
Another thing to mention here is that it isn’t just about how much time a person spends with a dog. It’s also about the quality of that time. You can sit at home with your dog all day but never pay attention to them. But if you engage in one-on-one playtime and spend time cuddling your dog with no phone, TV, or other distractions, trust me, your dog will know the difference. 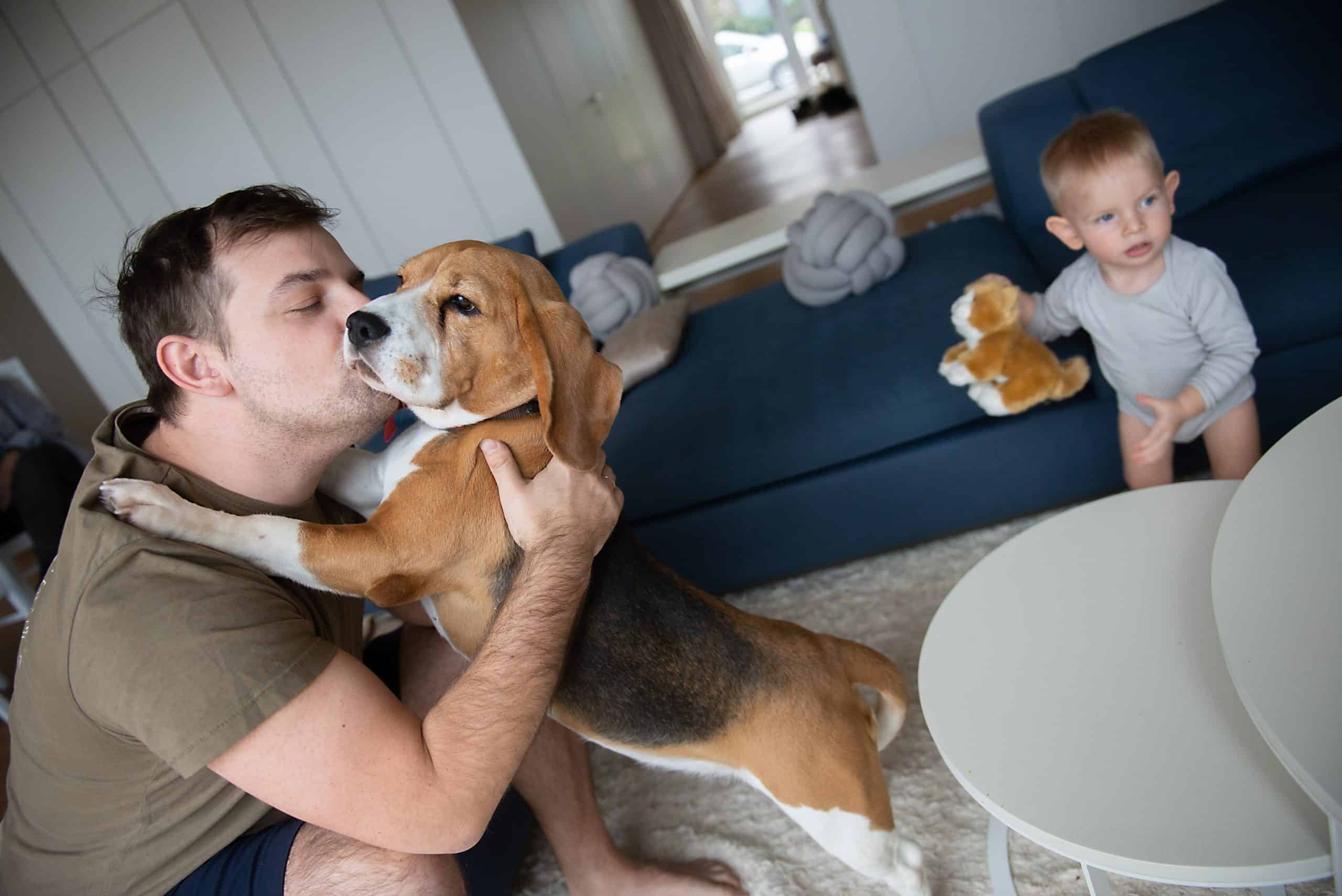 Another factor that goes in to how dogs choose their favorite humans is personality. As a human yourself, you know that you aren’t going to be best friends with everyone you meet. People (and dogs) are all different, and our closest friends tend to be people that we can easily relate to. Of course, there will always be exceptions, but have you ever met a dog that has the same personality as their human?
An active, high-energy dog is more likely to bond with an equally active person than they are with someone who prefers a quieter lifestyle. The same goes for dogs that are more cautious or reserved. A loud, boisterous person will probably freak them out, so they gravitate toward people that match their own energy. 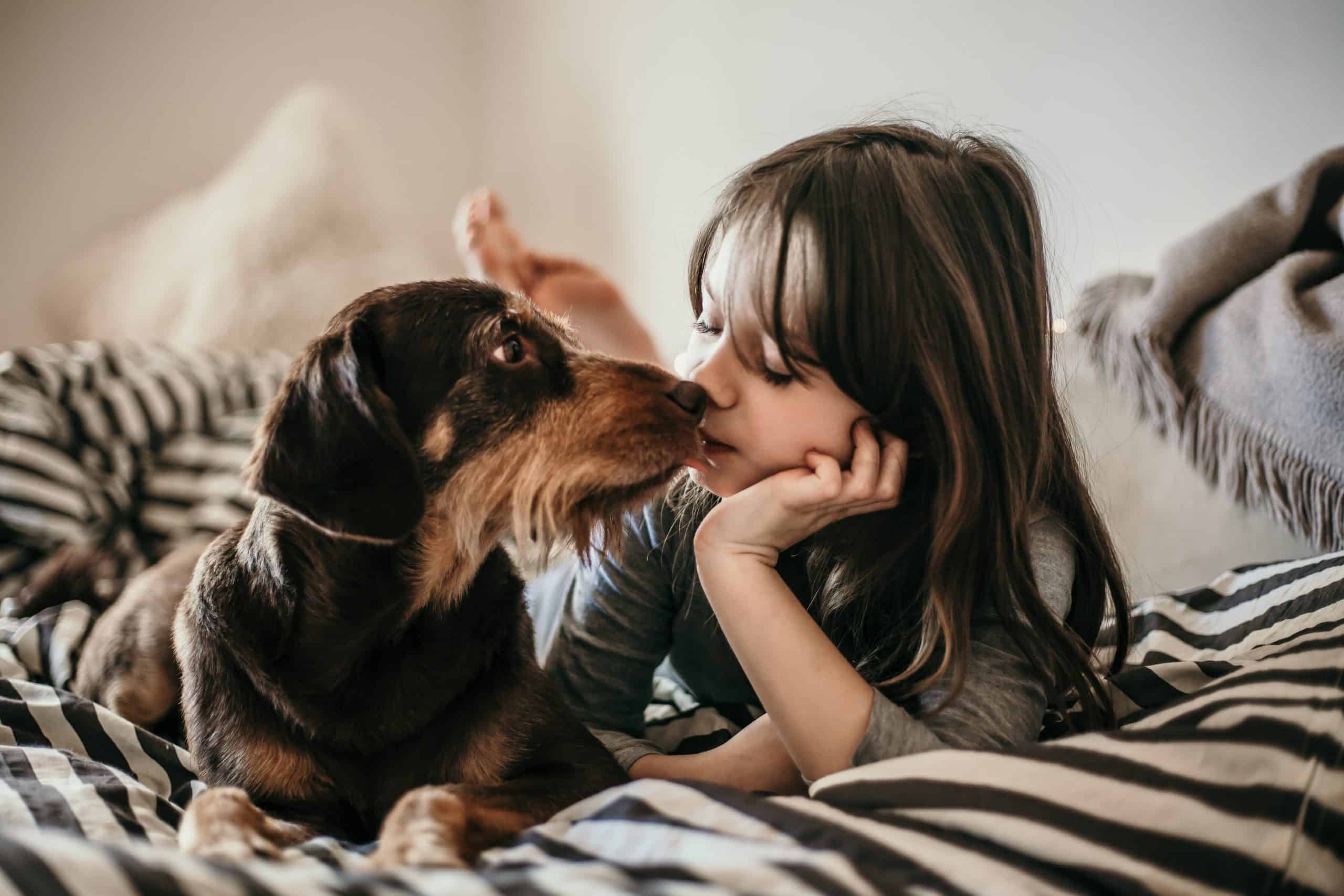 No matter what kind of dog you have, socialization is a huge part of their upbringing. And it also has a lot to do with how they choose their favorite humans. Dogs do a lot of learning between the time they’re born up until they’re around six months old. This is the time when their brains are especially receptive to new experiences. What they experience during this time frame can end up seriously impacting their entire lives.
Behaviorist believe that this prime time for socialization can play a role in whom a dog connects with later in life. If a three-month-old puppy has a negative experience with a man, for example, it’ll be hard for them to bond with that man, or anyone who reminds them of that man, later in life. It’s the same the other way around. If a puppy has an amazing experience with someone during that tender age range, that feeling will stick with them and affect who they bond with later. 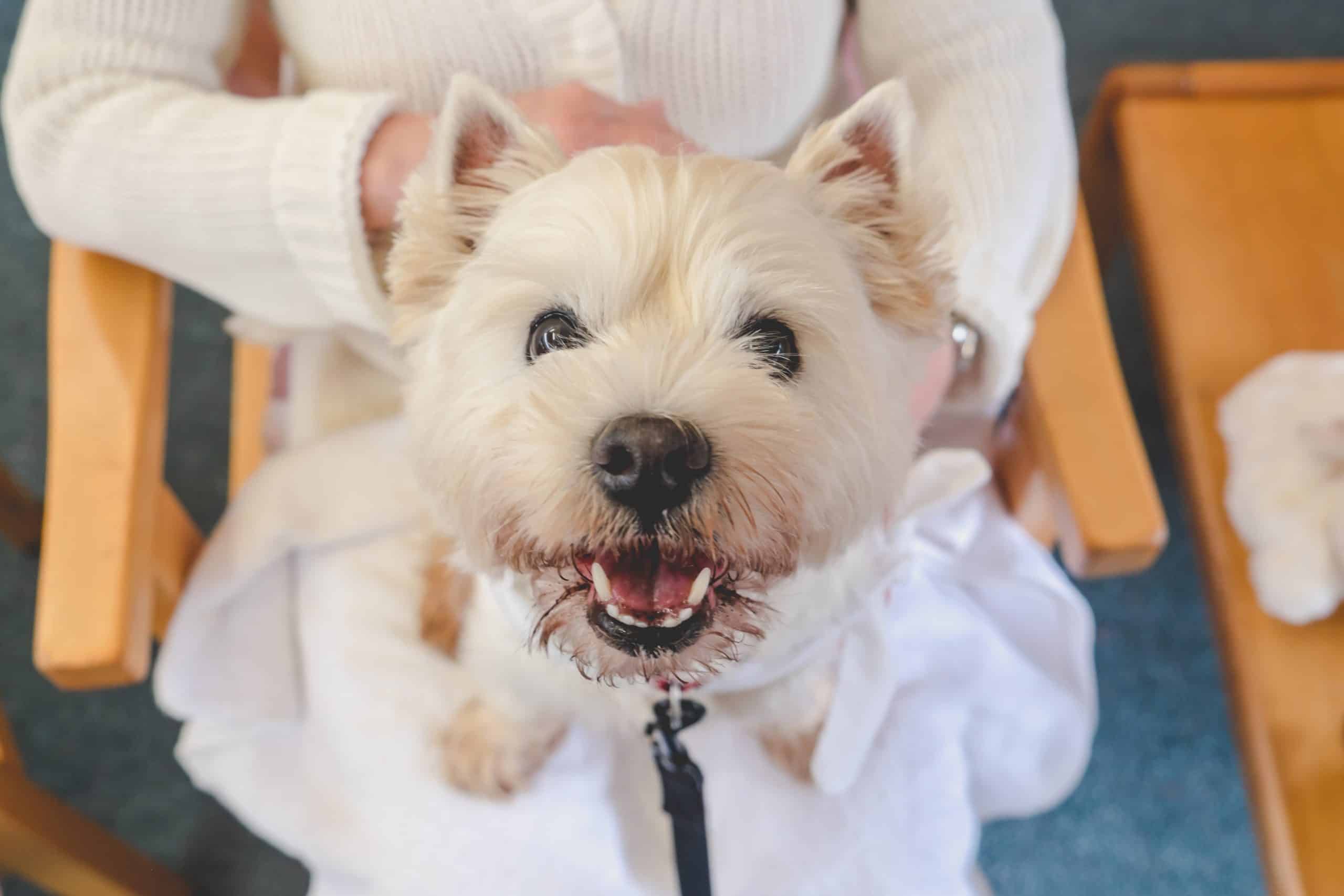 You Get Back What You Put In

This somewhat reverts back to what we talked about above, but it’s worth repeating. All dogs are furry bundles of unconditional love. They’re capable of being our absolute best friends, but that bond is harder to achieve with some dogs than with others. Sometimes it’s the characteristics of a dog’s breed that can hold them back from forming a super strong bond, and other times it’s a facet of their personality. But even if your dog isn’t the Velcro type that lives and breathes for human attention, they can still have a favorite person. They might not make it as obvious as Copper does, but they can still feel more comfortable with one person over everyone else.
The real key when it comes to how dogs choose their favorite humans has to do with the kind of effort the human is willing to put in. If you consistently show your dog that you love them in their own language, there’s a good chance they’ll eventually respond. They really do take note of which humans are always willing to grab the other end of a tug toy and which humans would rather hold their phones than offer up an ear scratch.
If you are your dog’s favorite person, yay for you!! It really is the best. But even if you’re not, bonding with a dog never happens over night. It took Copper months to work up his feelings for me. Keep giving your dog your unyielding love and attention (while respecting their feelings and space), and see what happens. You just might end up being their favorite person ever. 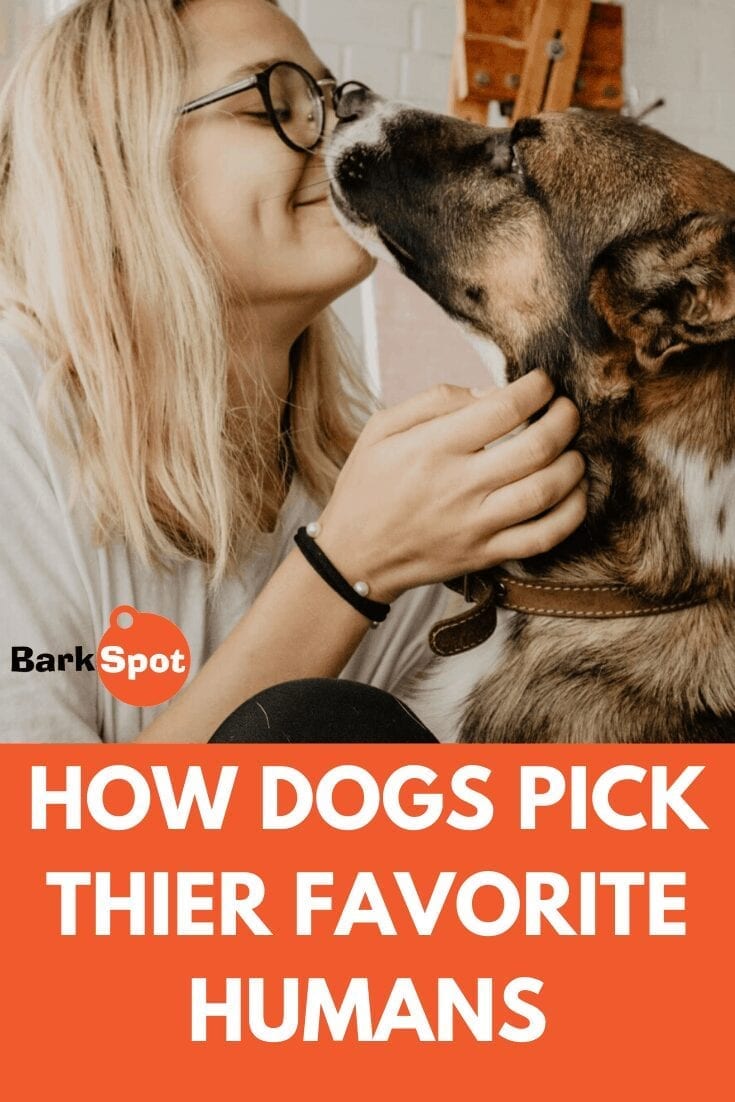 The 9 Best Gps Dog Trackers for Tracking Your Dog