Can Dogs Sense Ghosts And Spirits? 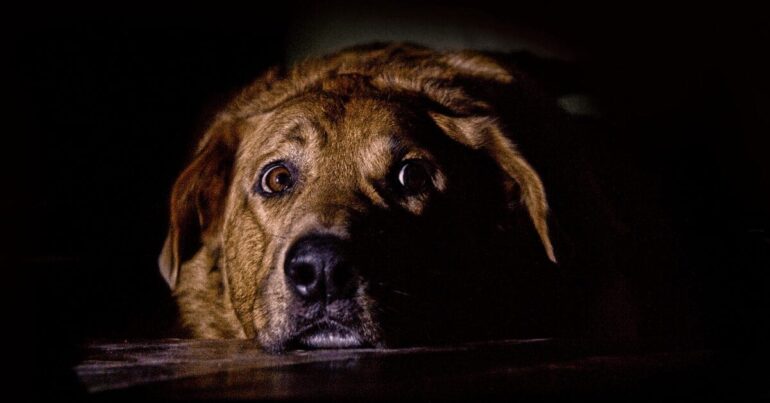 Have you ever noticed your dog stare intently at something you can’t see? Have they ever acted startled or scared as if they’re running away from something beyond your comprehension? Whether you believe in the paranormal or not, it’s hard to deny that dogs sometimes do things we simply can’t explain. It’s like they’re using their superior senses to tell us something we might not want to know. If you think there are things in the universe that humans haven’t yet discovered, it’s not an unreasonable jump to wonder if dogs can sense ghosts and other spirits.
Spookiness aside, it’s comforting to think that our dogs are capable of communing with lost loved ones. No one is saying all ghosts are malignant, and what if dogs have the ability to communicate with those who have died? 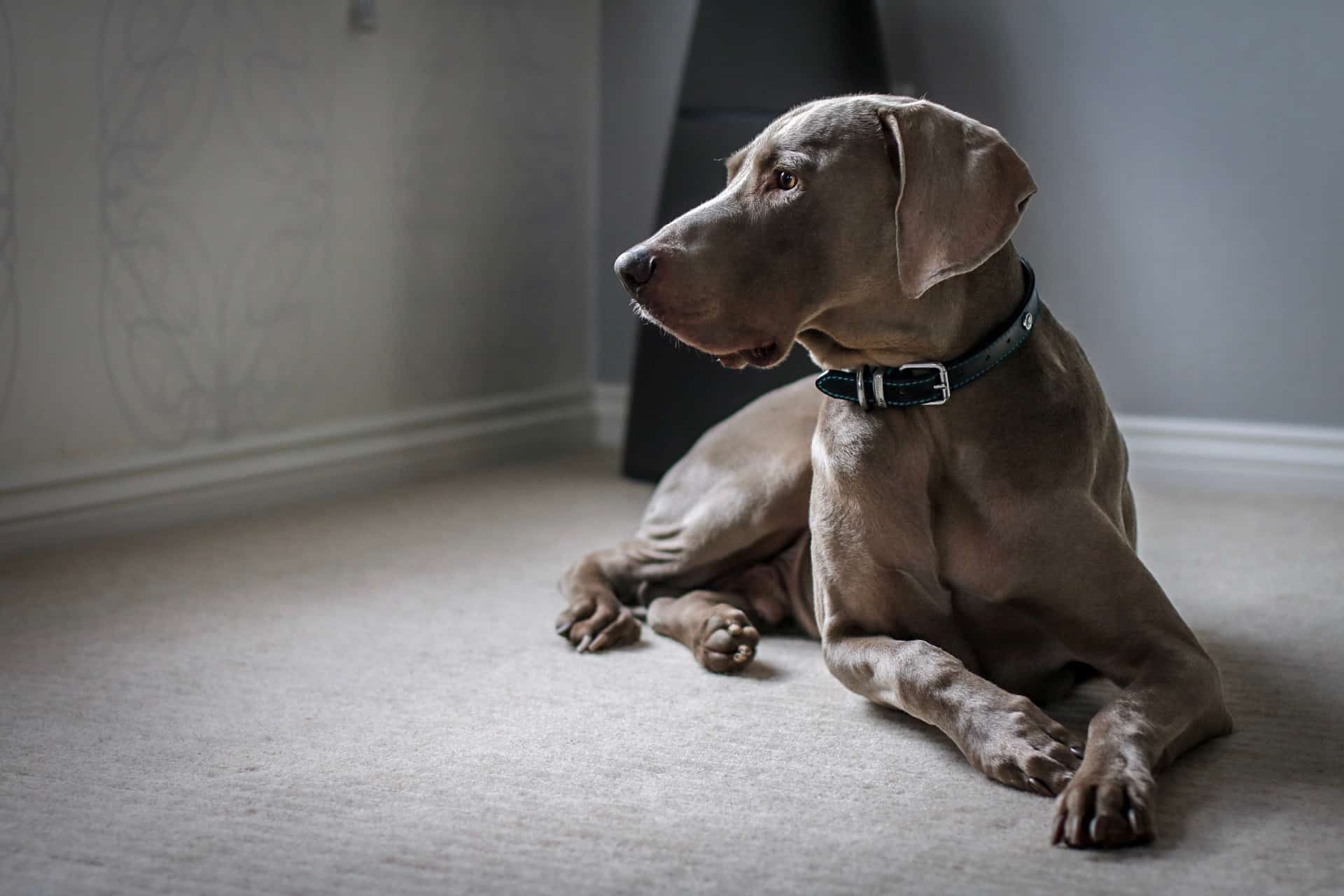 Whether you’d like to believe that your dog can sense ghosts or don’t believe such things exist, it’s impossible for scientists to give us a straight answer. Until we invent a way to talk with dogs or look into their minds, the best we can do is guess about what they’re thinking. Even with guesses, however, there is interesting information that could potentially support the claim that dogs can sense entities that humans can’t.

It’s a scientific fact that dogs have superior hearing compared to humans. Canine ears can pick up on a wide range of frequencies. While humans can detect sounds up to 20,000 hertz, a dog’s hearing can reach up to 60,000 hertz.  This means they can hear high pitches that are undetectable to human ears.
When your dog suddenly reacts to something, it could be because they’re hearing something you can’t. And even if you happen to have a device that can detect high pitched sounds, you’d still need to figure out where that sound is coming from. Could it be a spirit? Or is it something more ordinary?

While dogs are nearsighted and blue-green color blind, their eyesight shouldn’t be considered “bad.” In fact, the structure of a dog’s eye allows them to see certain things that humans can’t.

For example, dogs have a high number of light-sensitive rods located in their retinas. They also have something that humans don’t called a tapetum lucidum. This thin film amplifies and reflects light. Thanks to those rods and the tapetum lucidum, dogs have the ability to see clearly in dim lighting.
Along with their ability to see with little light, dogs can also sense small movements better than humans can. They can tell when an animal twitches in the woods, and this gives them a definite advantage. They’re more sensitive to movement than humans, and they notice subtle shifts that humans might not.
In theory, this sensitivity to light and movement could help a dog sense ghosts or spirits. Many people have described what they claim to be the paranormal as being some kind of glowing orb or entity. Others say ghostly encounters happen quickly in a matter of seconds. If that’s true, canine eyesight would be more equipped to see it than human eyesight.

In addition to the normal five senses, some animal behaviorists believe both dogs and humans have what they refer to as a sixth sense. Most often described as being a “gut feeling,” this inexplicable sense could be another way dogs sense ghosts. 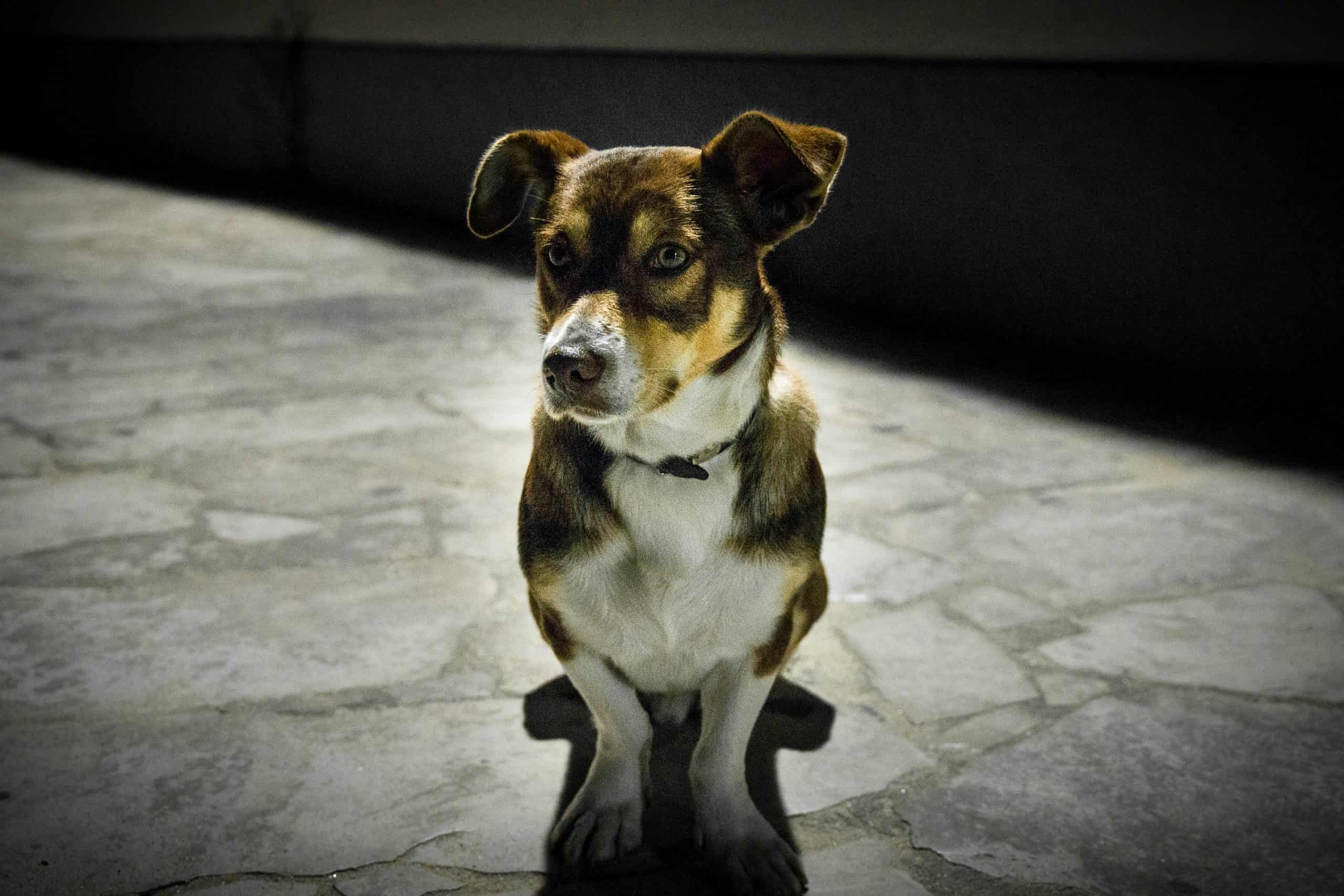 Pet psychologist Marti Miller is a firm believer in this sixth sense. According to him, the difference between dogs and humans is that dogs don’t try to rationalize what they’re feeling. When we experience something strange, we tend to come up with a million potential explanations. And if we can’t, we assume it’s “all in our heads.”
But dogs don’t do that. They react honestly to what they’re feeling, even if there’s no rational explanation. Studies have been done on this topic by observing dogs that seem to know that their owners are coming home even before their car gets to the driveway. The owners arrive home at completely different times, and yet the dogs don’t seem to be surprised by their arrival.
More anecdotal evidence of a sixth sense was seen right before the 2004 tsunami in the Indian Ocean. Reports tell of dogs acting unusually and hiding before the earthquake spurred the deadly wave. Did they know what was going to happen before instruments even picked up on the geological disturbance?
When it comes to whether or not dogs can sense ghosts, we have more questions than answers. We can’t prove that ghosts or spirits exist, let alone that dogs can sense them. The evidence to support the theory is almost all anecdotal. But when you see your dog behaving like something invisible is lurking nearby, it’s hard to believe they’re doing it for no reason.
Maybe dogs stare intently at the air because they’re hearing a high-pitched sound or can smell the neighbors cooking bacon. But then again, maybe not.
Sources: AKC, Animal Planet, Dog Health, Petsdoc
Next up: Do you know the real reason why dogs chase their tails? Find out here. 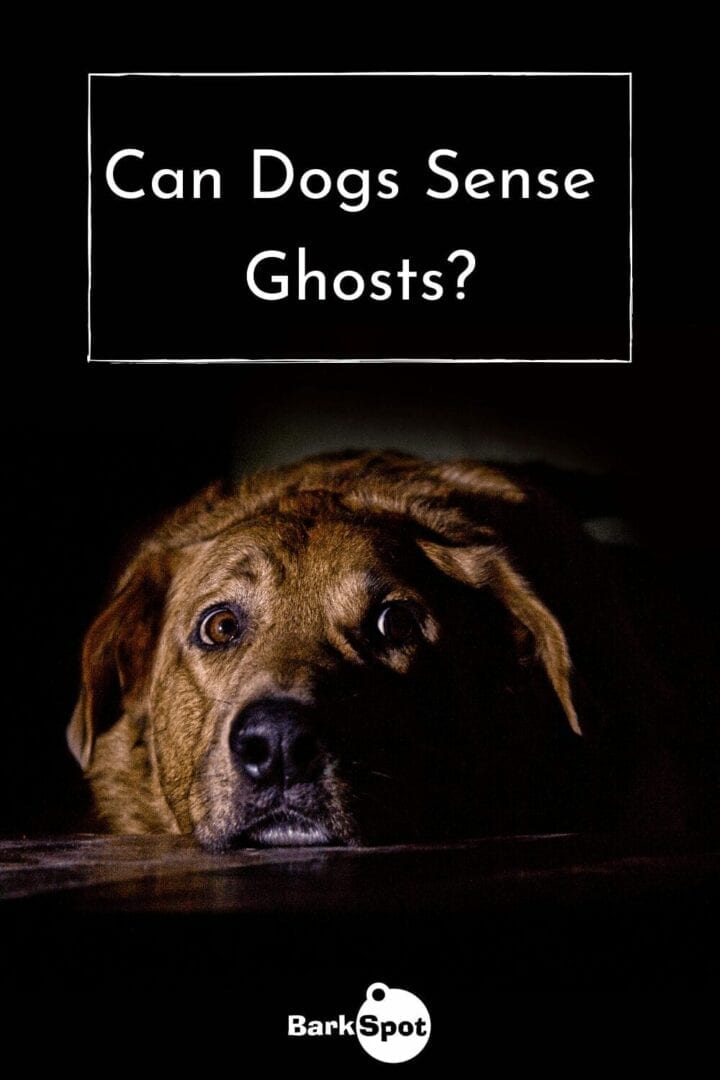 This website uses cookies to improve your experience while you navigate through the website. Out of these, the cookies that are categorized as necessary are stored on your browser as they are essential for the working of basic functionalities of the website. We also use third-party cookies that help us analyze and understand how you use this website. These cookies will be stored in your browser only with your consent. You also have the option to opt-out of these cookies. But opting out of some of these cookies may affect your browsing experience.
Necessary Always Enabled
Necessary cookies are absolutely essential for the website to function properly. These cookies ensure basic functionalities and security features of the website, anonymously.
Functional
Functional cookies help to perform certain functionalities like sharing the content of the website on social media platforms, collect feedbacks, and other third-party features.
Performance
Performance cookies are used to understand and analyze the key performance indexes of the website which helps in delivering a better user experience for the visitors.
Analytics
Analytical cookies are used to understand how visitors interact with the website. These cookies help provide information on metrics the number of visitors, bounce rate, traffic source, etc.
Advertisement
Advertisement cookies are used to provide visitors with relevant ads and marketing campaigns. These cookies track visitors across websites and collect information to provide customized ads.
Others
Other uncategorized cookies are those that are being analyzed and have not been classified into a category as yet.
SAVE & ACCEPT
Home » Can Dogs Sense Ghosts And Spirits?