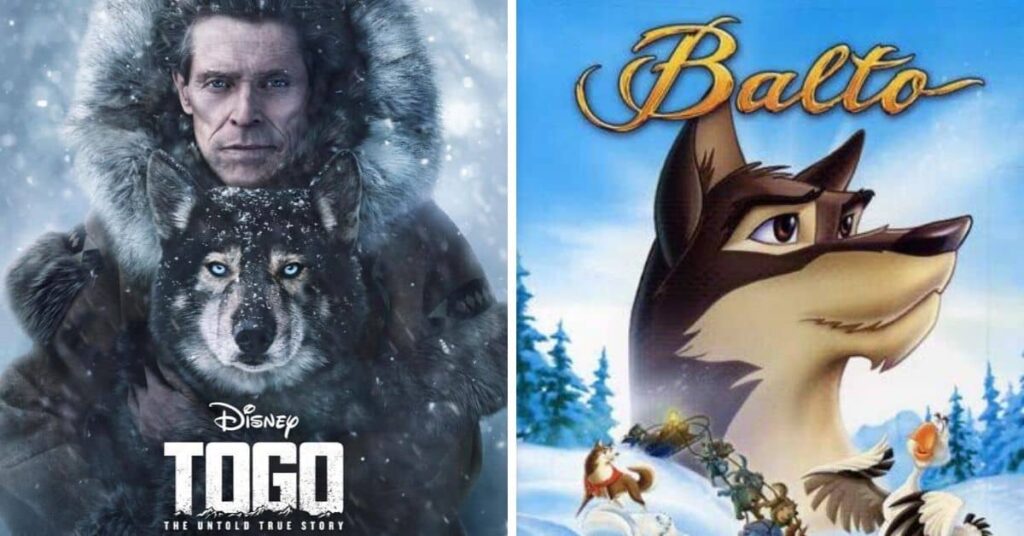 Attention Husky Lovers! The Trailer For The Live-Action Togo Movie Is SO Good!

I know I’m not the only one who grew up watching ‘Balto’ over and over again.

Between the lovable polar bears, grumpy goose, and of course the handsome Husky mix himself, “Balto” is one of my all-time favorite movies. I love it even more knowing that while Balto’s love affair with the pretty female Husky was all fiction, the story of a sled dog saving lives was 100% real. Balto is a loose telling of how sled dogs helped save an entire town during an epidemic that threatened to wipe out 100% of their population. There’s a lot of fiction in it (including talking animals), but Disney’s newest adaption, “Togo,” is described as the “untold true story” behind that epic adventure.

Discover the untold true story of #Togo, an Original Movie streaming Dec. 20, only on #DisneyPlus. pic.twitter.com/ErhRSA7P0T

To be honest, I was a bit skeptical before watching this trailer. I’m well aware of the controversies that surround sled dog racing. There are some heartbreaking stories about dogs being worked too hard and not treated with kindness. But as with everything in today’s world, it really depends on the situation. Siberian Huskies, Alaskan Huskies, and a few other cold-weather dog breeds truly love the snow, and they love to run. When they’re treated humanely, sled racing is great for them. And in 1925 when this story takes place, sled teams were the only way to cross the frozen landscape.

So with that obligatory statement out the way, let’s talk about “Togo.”

Starring Willem Dafoe, this feature-length movie is the story behind that famous 1925 serum run to Nome, Alaska. The town was stricken with a diphtheria epidemic that spread quickly among the small town’s children. Balto, thanks to the press, is the dog most famously credited with that life-saving run. But that’s not the whole story.
Balto just happened to be the lead dog that completed the final leg of the relay that involved over 100 dogs. He led his team on the last 55 miles of the journey, but it was Togo that ran the bulk of the route. Togo guided his team for 170 miles through blizzard conditions that probably should have killed him and his entire team. But somehow, this incredible dog (who was 12 years old at the time) persevered and saved hundreds of lives.

Gahh, that final quote gets me every time,

The newly released trailer shows breathtaking imagery and an oh-so adorable dog playing Togo. It looks like the movie will be a thrilling adventure as well as a love story between man and man’s best friend. It’s sure to pull on the heartstrings of anyone who has ever owned one of those “difficult” dogs that is loyal and loving above all else. “Togo” will be available to stream through Disney+ on December 20.
Are you excited for this movie? Let us know in the comments!