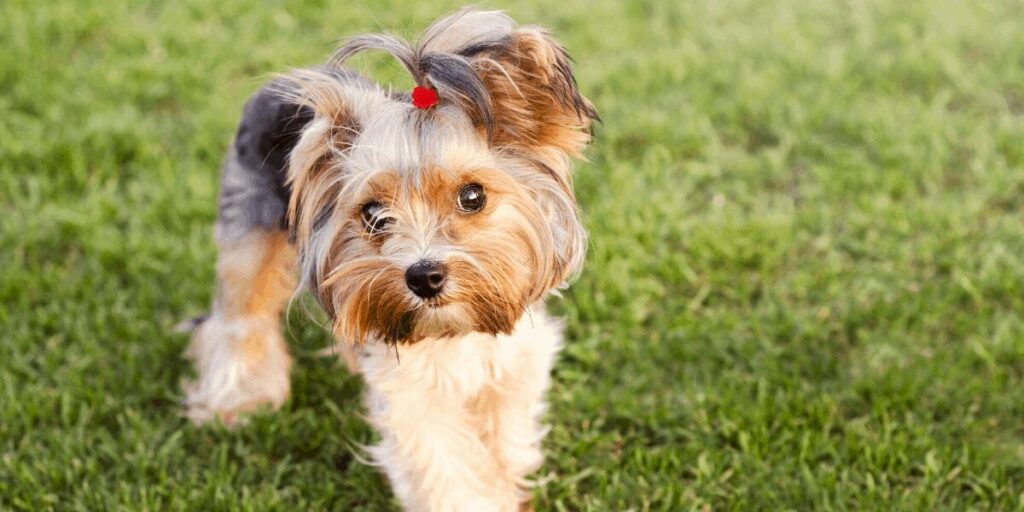 Dogs can’t cover for us at work, drive us to the airport, or even speak our language, but that doesn’t stop them from being our best friends. They’re supportive without even trying and love us without judgement. Many of our dogs are also our most loyal friends. These loyal dogs are the ones that would rather be with their favorite humans than do anything else. They show their loyalty every single day, and we do our best to return the favor.
While every dog is capable of forming a strong bond with their favorite human, generations of breeding means that some dog breeds are naturally more loyal than others. These are the breeds that have historically been bred to work alongside humans as either protectors or companions.
Here’s a list of the most loyal dog breeds. 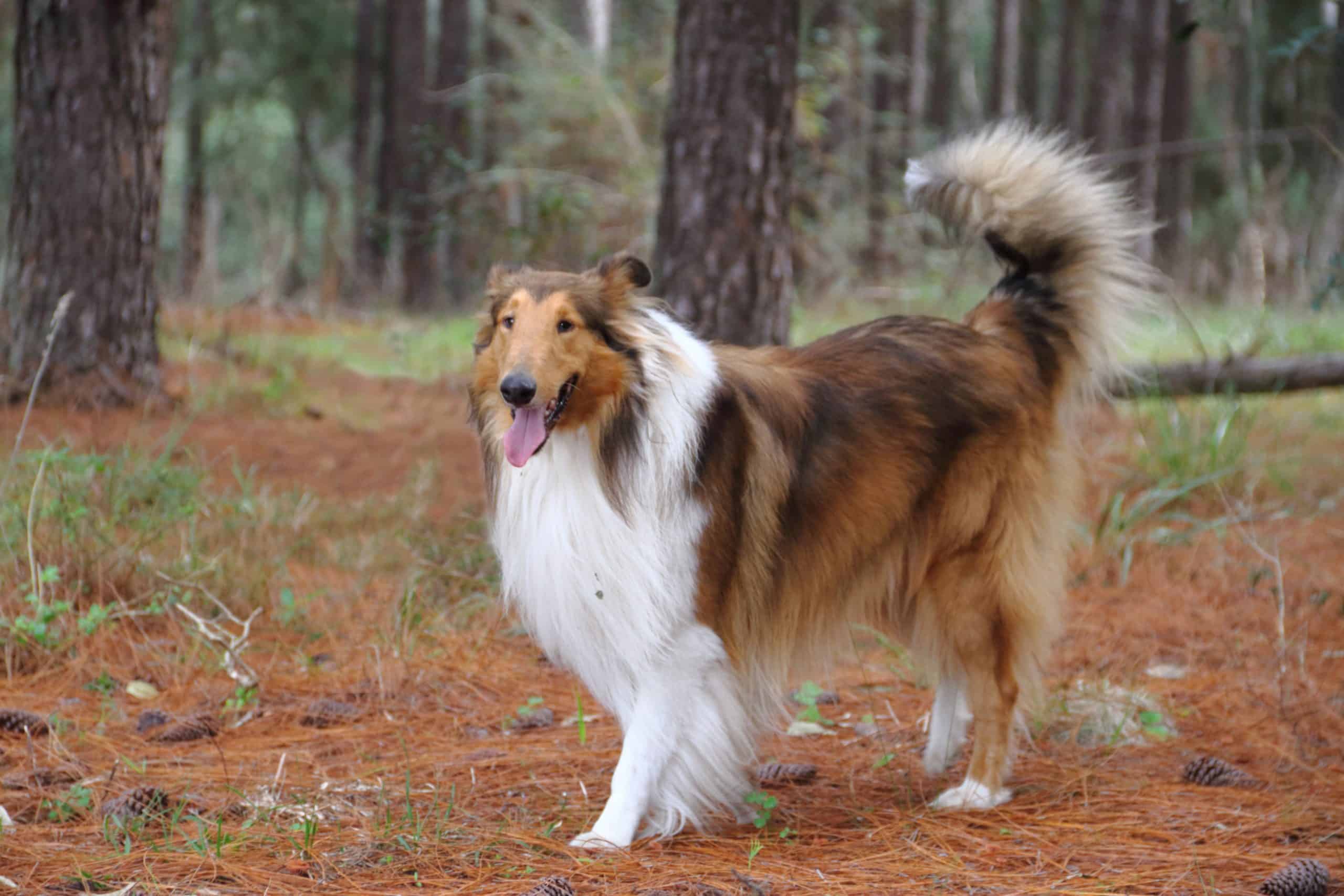 Lassie saved Tommy when he fell down the well, and even though that was fiction, Collies are known for forming incredible bonds with humans. They’re bred as herding dogs, and they work closely with humans to protect livestock.
Those protective instincts often extend to their human family members, and these loyal dogs have a talent for understanding a person’s needs. 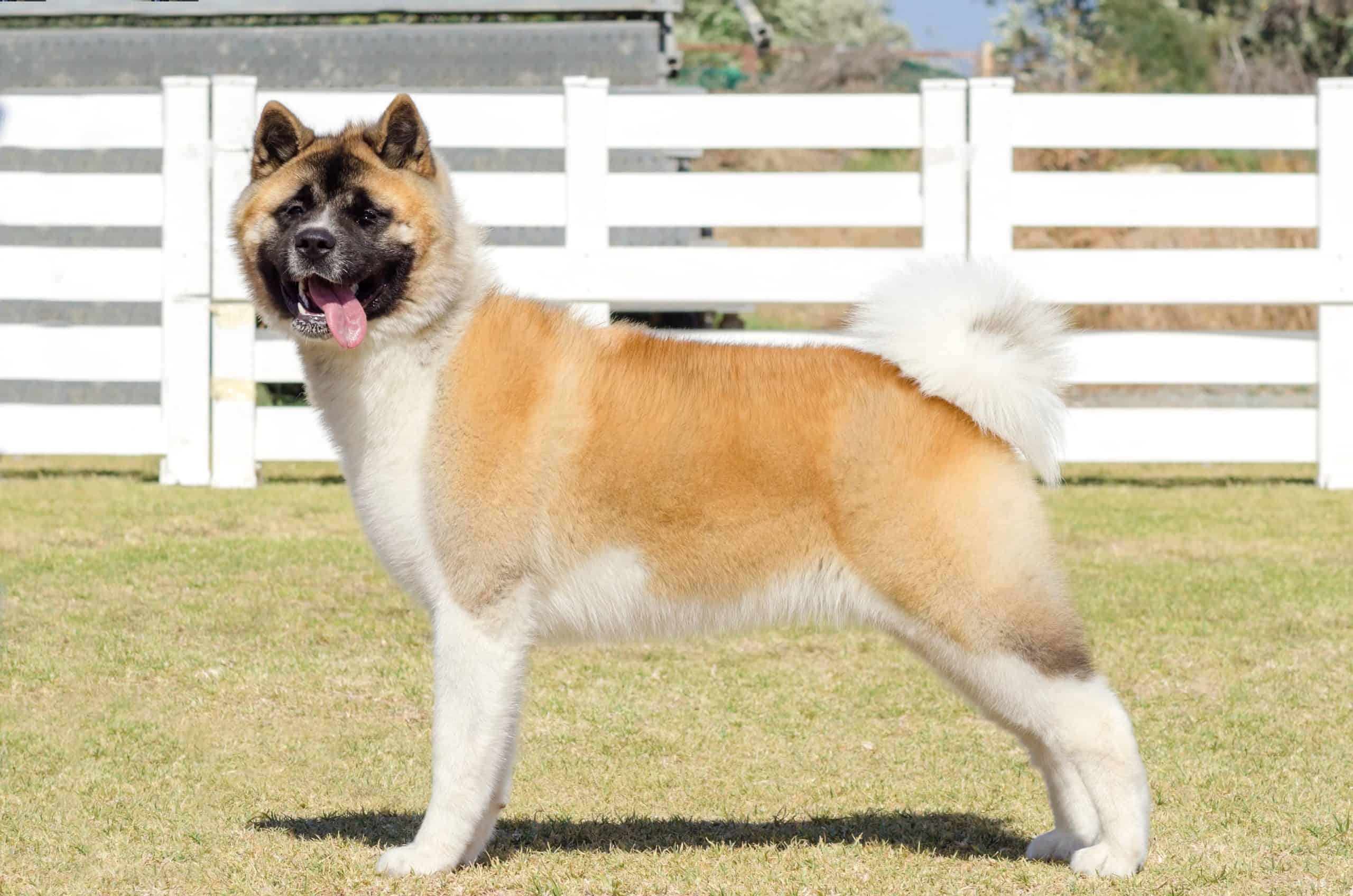 The Akita is another dog breed made famous by the big screen. If you’re familiar with the movie Hachi: A Dog’s Tale, you know exactly how loyal an Akita can be. Without giving an spoilers, the movie is a true story of an Akita that showed undying loyalty for the person he cared about most.
Hachi has been called the “world’s most loyal dog,” and his loyalty wasn’t an uncommon trait for his breed. The American Kennel Club describes the Akita as being “courageous, dignified, and profoundly loyal.” 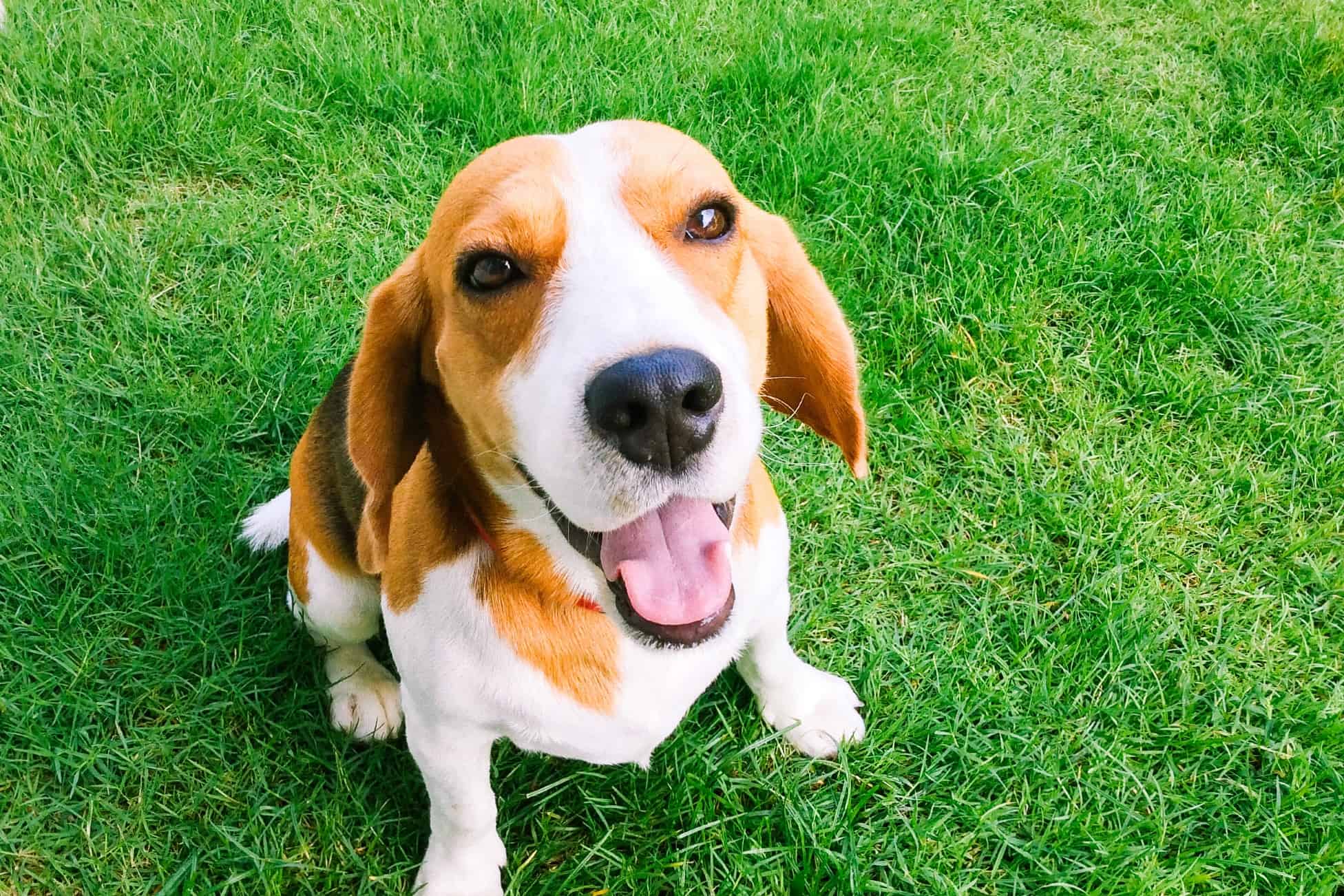 As hunting dogs, Beagles have a long history of working alongside humans. They were bred to hunt in packs, and they’re generally comfortable with all kinds of company.
Beagles like being with other dogs, but their loyalty always goes to their favorite humans. They follow their families out in nature and are just as comfortable hanging out at home. Your Beagle’s strong sense of smell and prey drive might get them in occasional trouble, but they’ll always be known for their strong sense of loyalty. 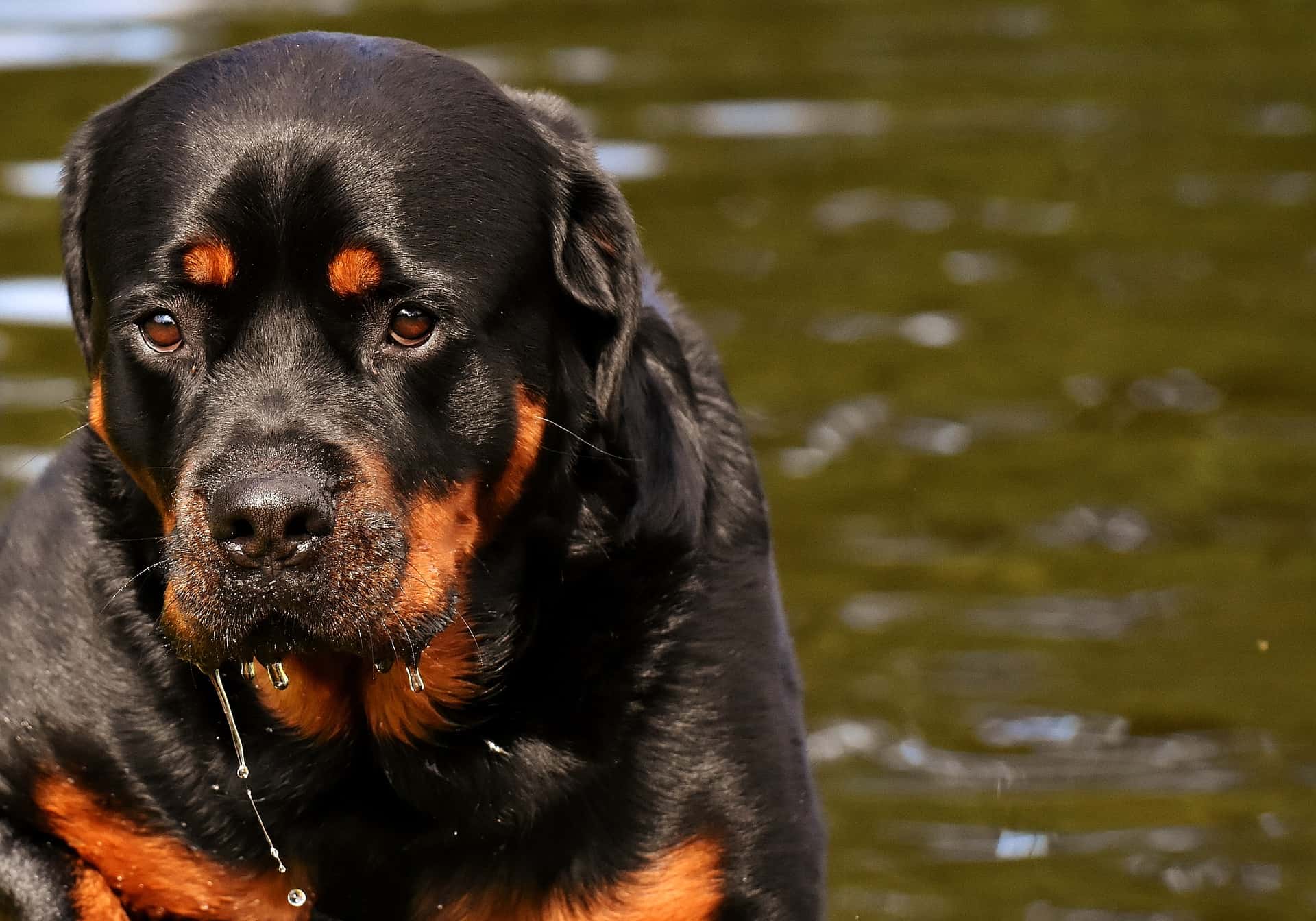 Rottweilers look tough and intimidating, but they’re loyal and loving family dogs. This large dog breed was originally bred to herd and guard livestock, and their versatile nature has led them to many other heavy-duty tasks. They were even among the first dog breeds trained as guide dogs for the blind. They may be aloof around strangers, but a well-socialized Rottie is dedicated to its family. 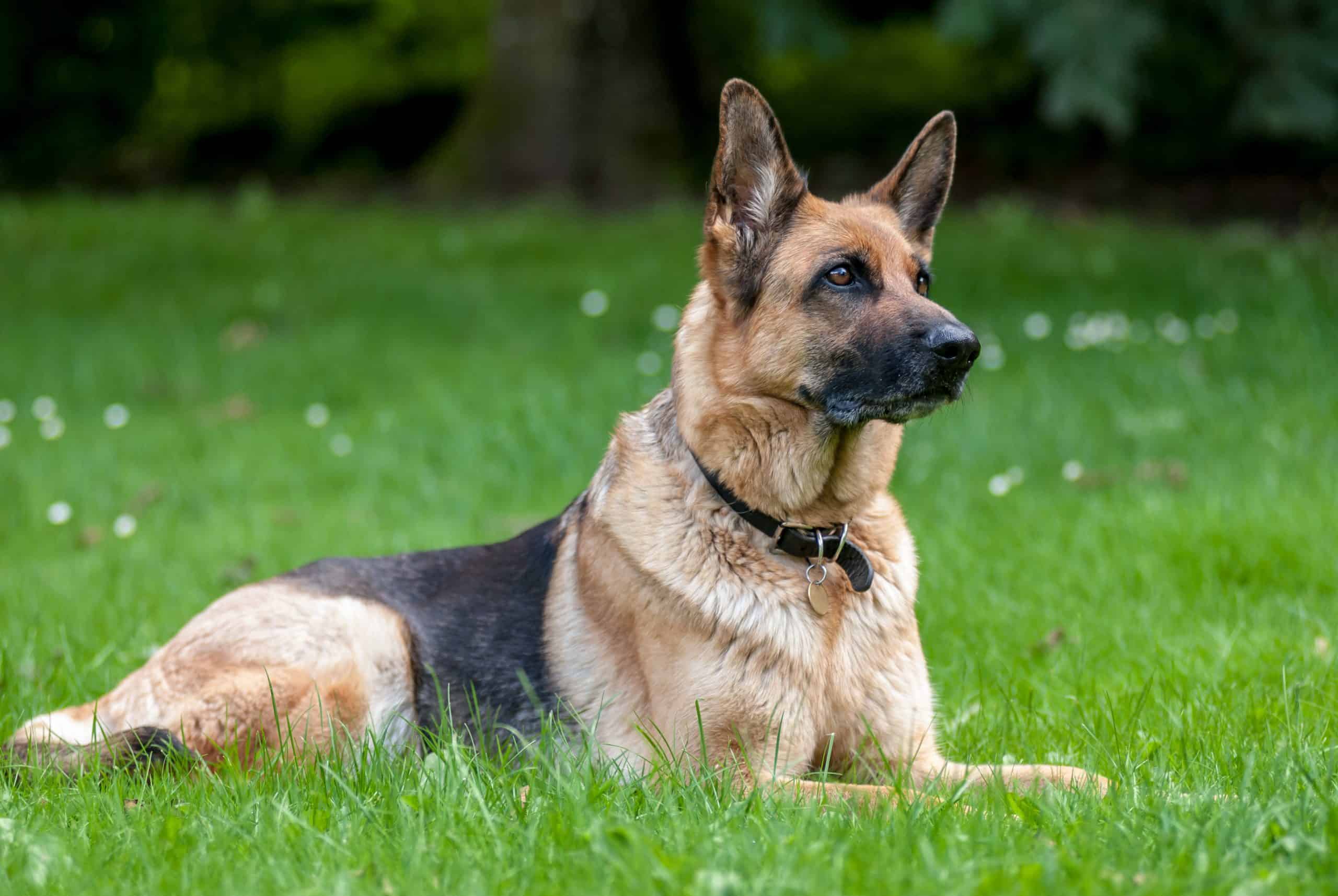 The German Shepherd Dog isn’t only one of the most employable dog breeds in the world, it’s also one of the most loyal. These dogs are superb working dogs, and they’re trained in everything from scent detection to service work.
Their well-known loyalty is one of the reasons why they’re so popular. They form fast bonds with the people they care for and aren’t afraid to prove their loyalty. German Shepherds regularly risk their lives to protect those they love. 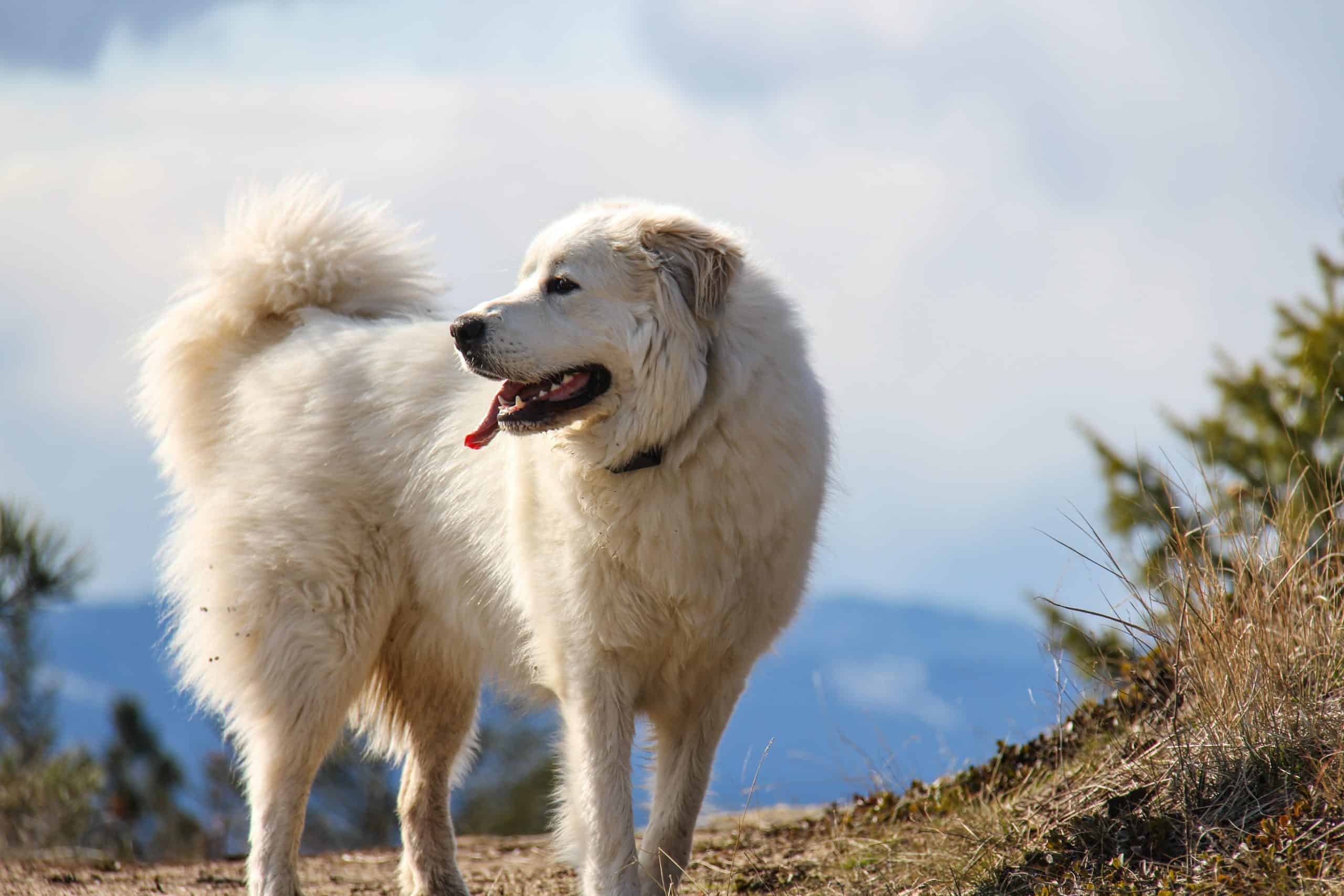 As one of the lesser-known herding dog breeds, the Great Pyrenees stands out on this list. The American Kennel Club ranks them as the 66th most popular dog breed, but they’re slowly making their way up the list.
These large, incredibly fluffy dogs were originally bred to protect families from dangerous wildlife. That close relationship inevitably led to the dogs becoming fiercely loyal. They see it as their duty to watch over their families. 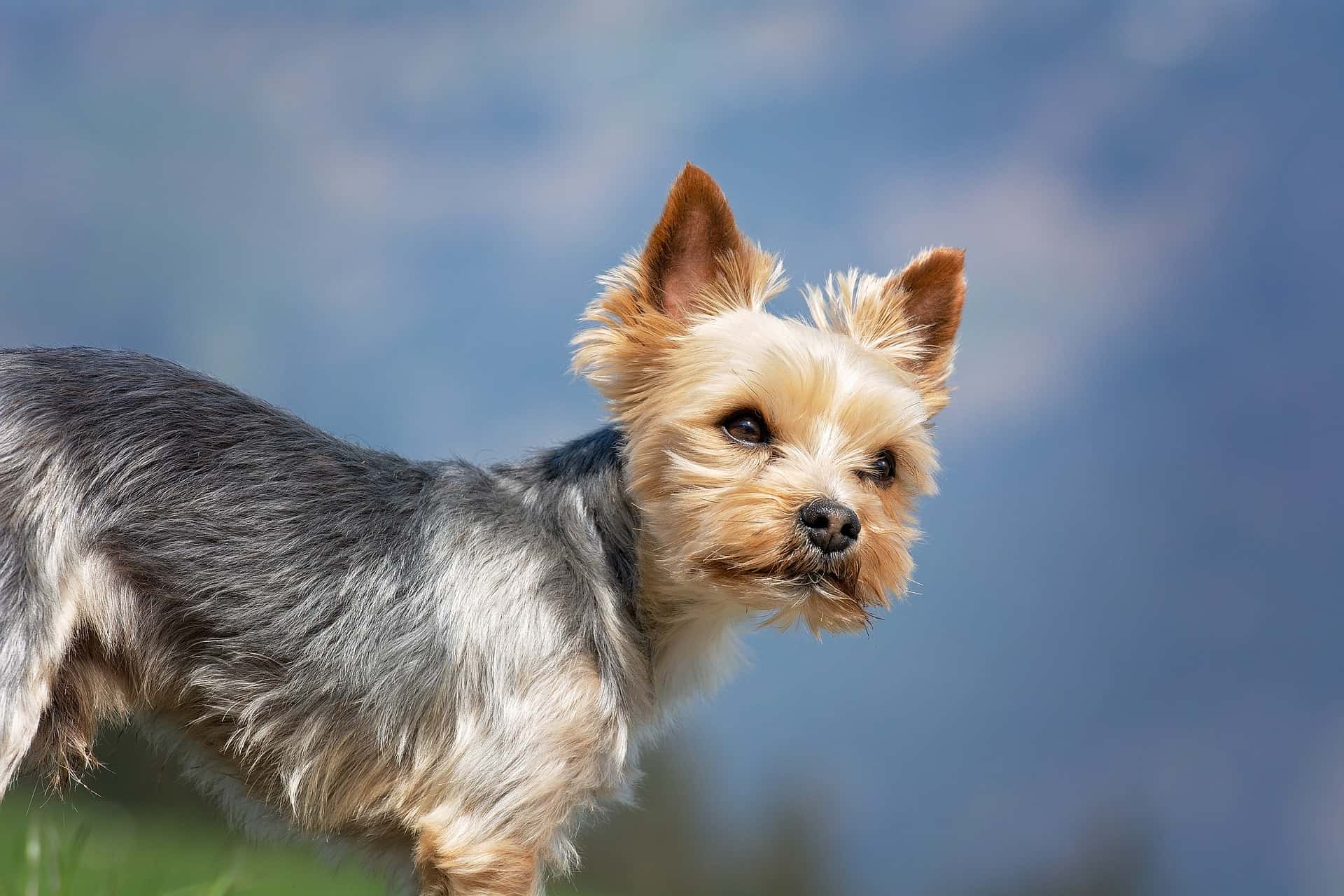 The Yorkshire Terrier is the smallest loyal dog breed on this list, but their size doesn’t change the fact they love their humans. Yorkies are spunky and tenacious.
Before they became pampered lap dogs, they earned their meals by flushing out rats and other rodents from mine tunnels. They prefer to stay close to their people and are always up for a good cuddle. Once they find their favorite person, they’re likely to stick to that person’s side through thick and thin. 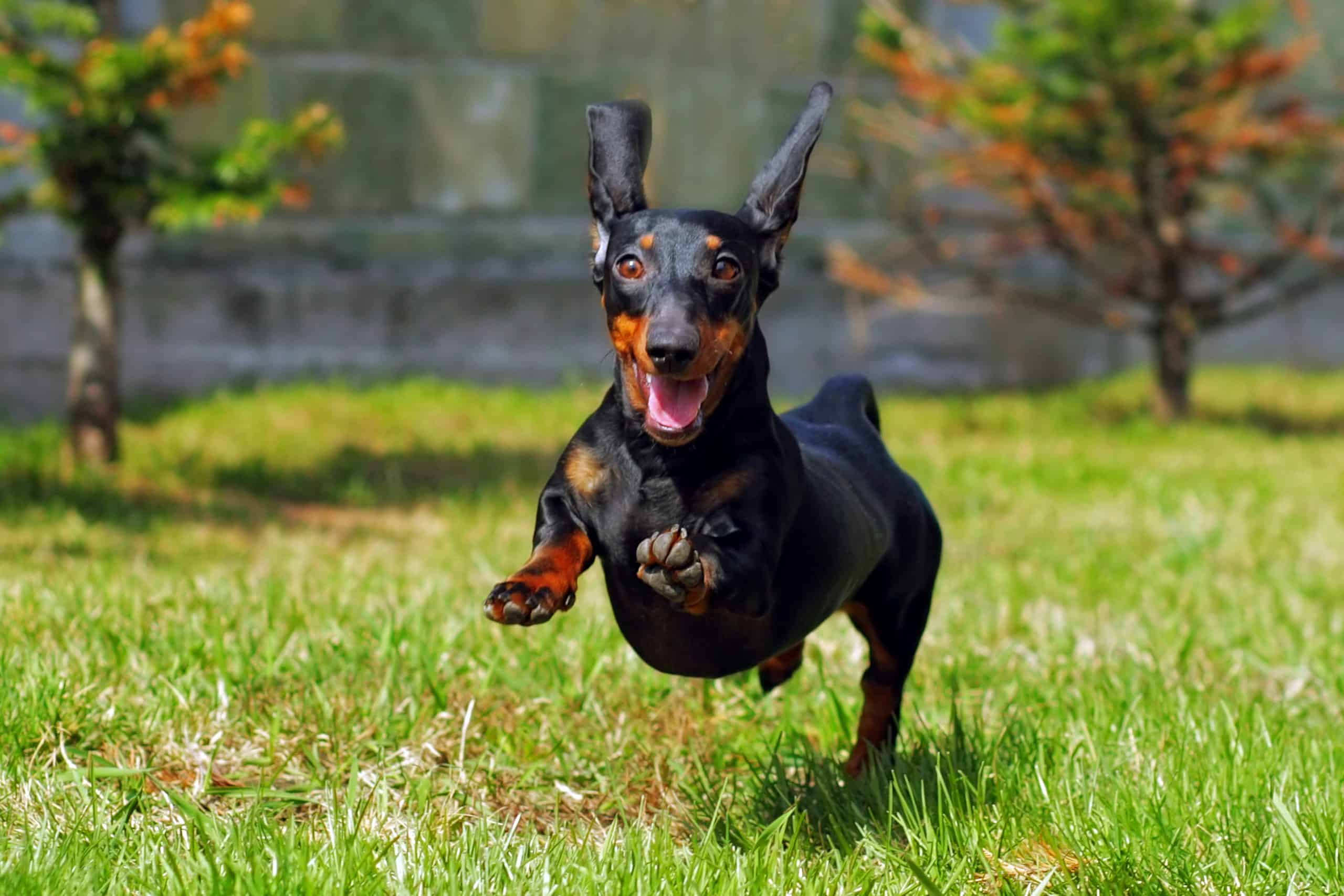 The Dachshund is another small dog breed that is devoted to people. Although they don’t weight more than 30 pounds, many of these long-bodied dogs have been hailed as heroes. There are stories of Dachshunds saving children from wild animals and alerting their humans to house fires.
Once a Dachshund picks you, you know you have a friend for life. They can be weary of strangers at times, but they always stand by their family and friends. 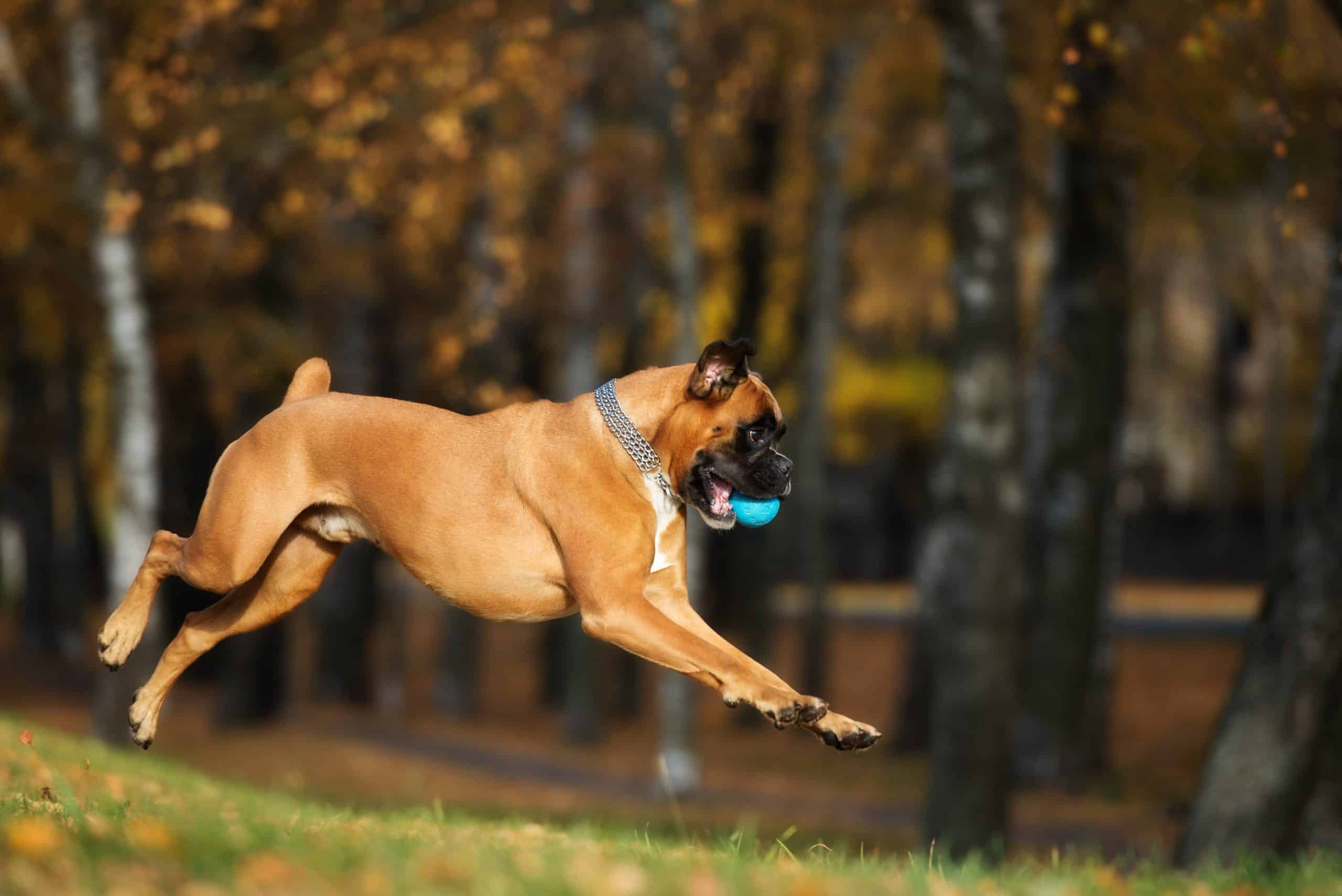 Boxers have been one of the most popular dog breeds in the country for generations. The American Kennel Club describes these large dogs as being “bright, fun-loving, and active.” They can be fun and silly, but they’re serious when it comes to their families.
People have historically relied on Boxers to be loyal guardians. They have a great reputation with children, and they often choose the youngest, most vulnerable members of a family to stick by. 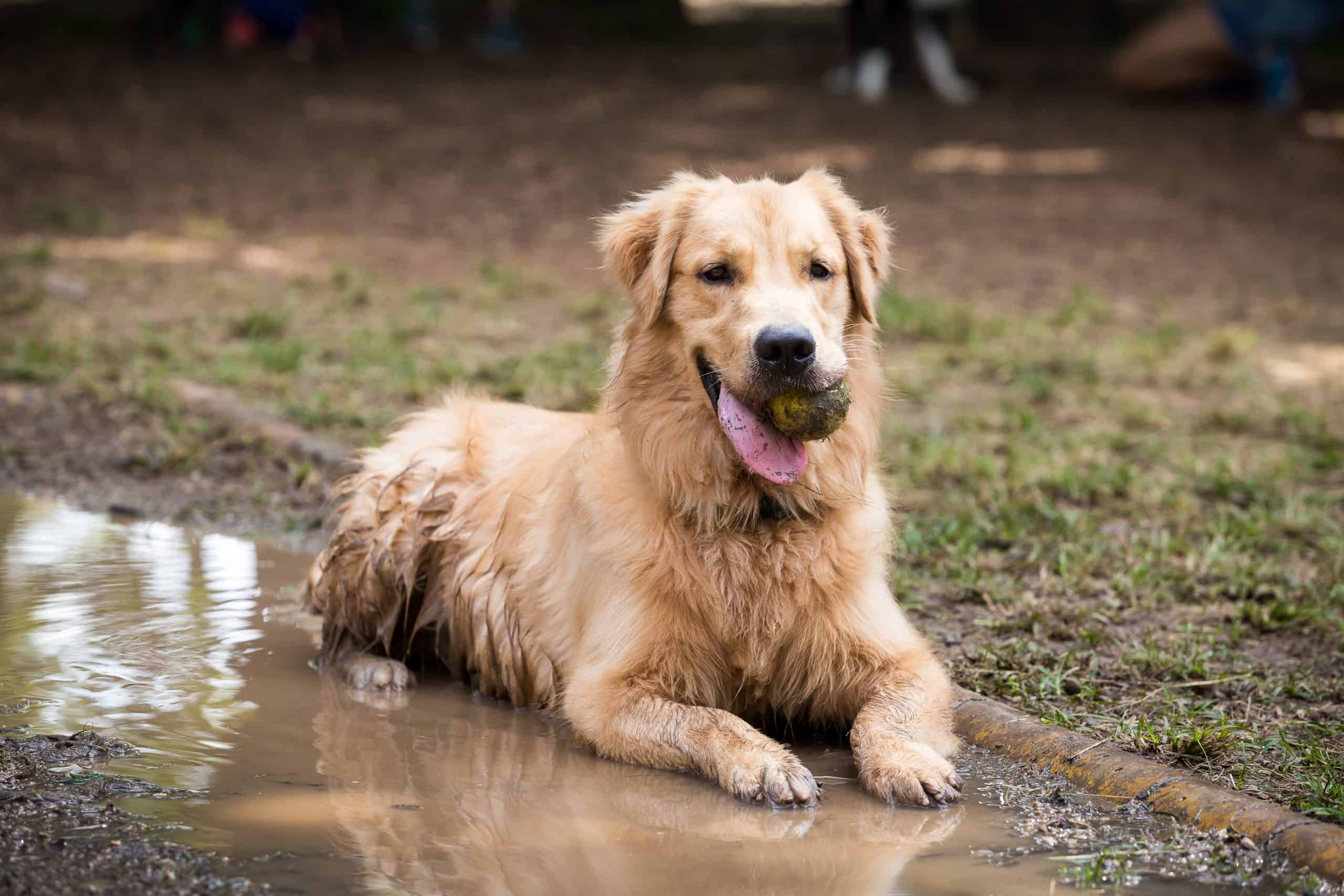 The Golden Retriever is one of the classic family-friendly dog breeds. We love them because they’re goofy, fluffy, and friendly.
They’re sporting dogs that stand by their hunters in the field, serve as guides for the blind, and provide comfort to those who need it most. While most Goldens enjoy meeting new people, they form special bonds with those they care about most. 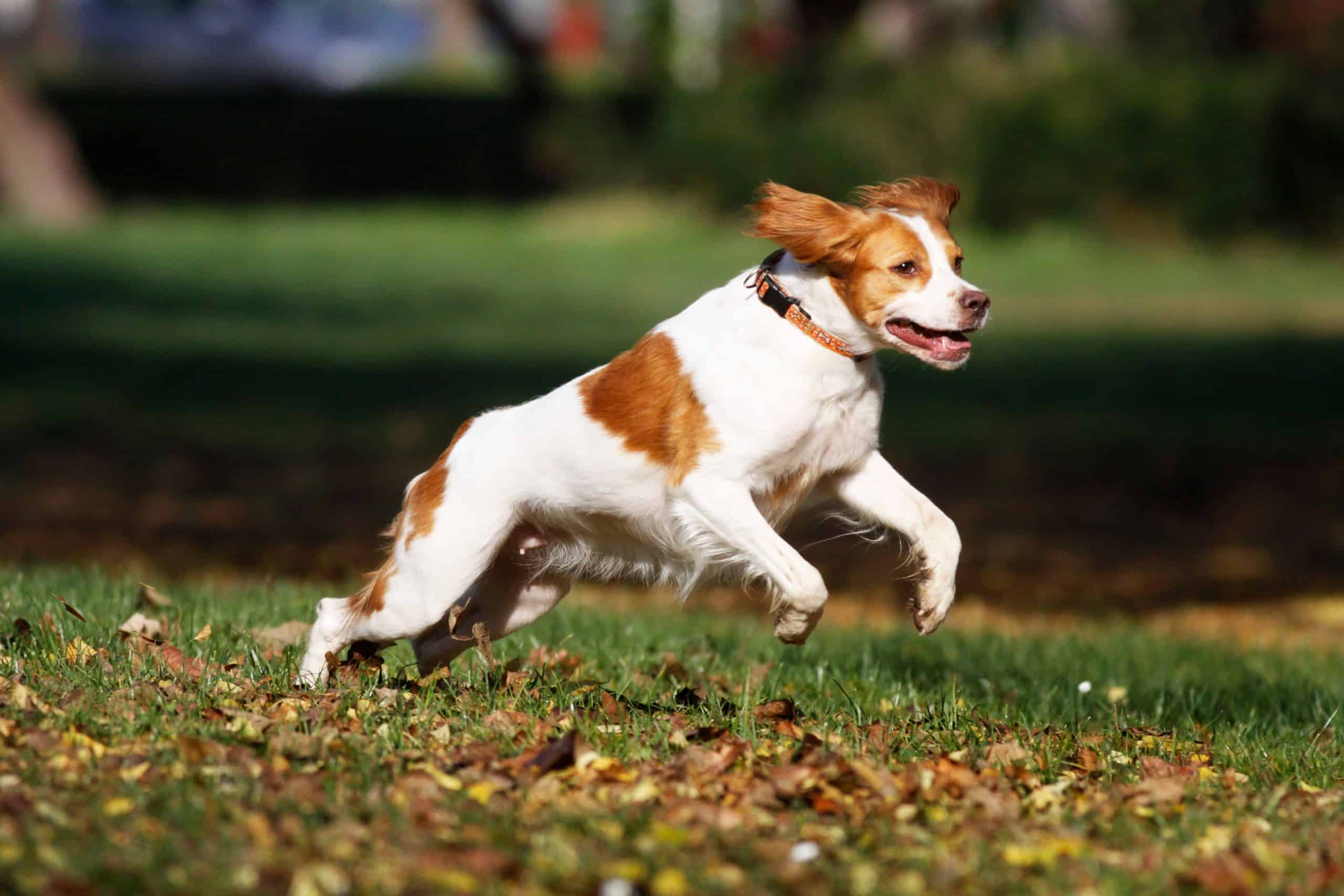 Best known as a versatile gundog, the Brittany Spaniel is another loyal dog breed that loves to be part of a family. They’re alert and energetic, and they’re happiest when they’re exercising with a favorite human or two by their side.
When you channel their energy into training, there are few things this dog breed can’t do. All they want to do is make their people happy, and that makes them a joy to work with. Brittanys excel whether they’re jumping off docks, flushing out birds, or learning new tricks.
Sources: AKC, Brain Sharper
Next up, find out which dog breeds are the smartest. 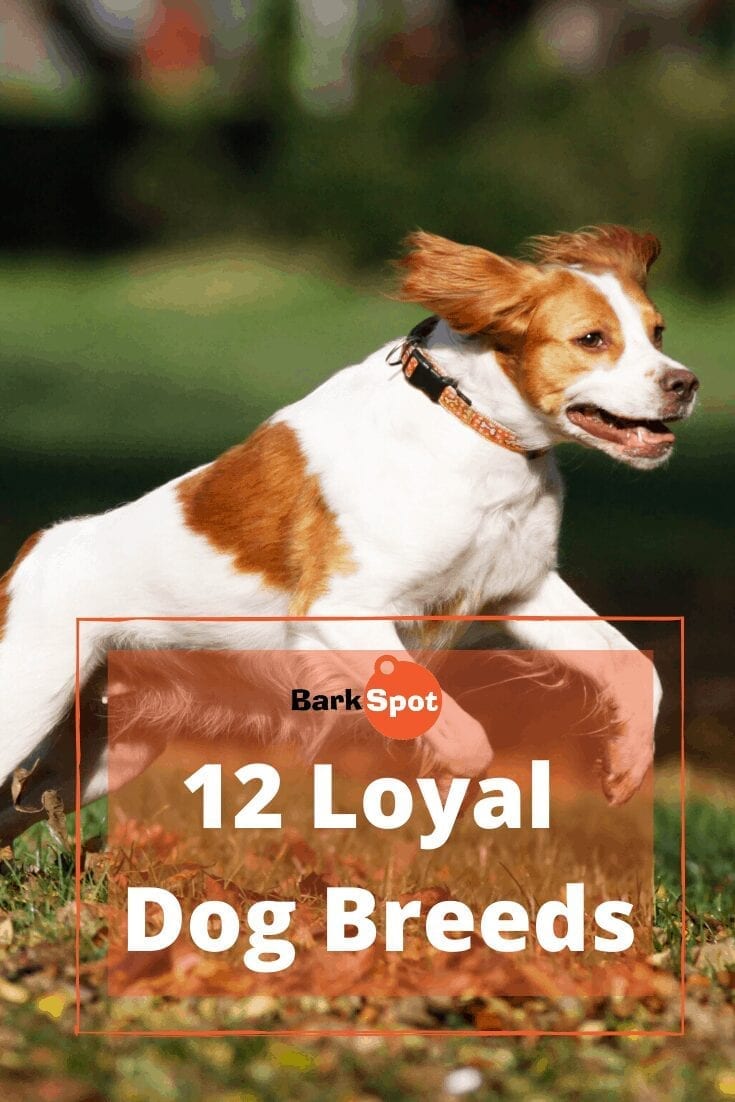