Home » Canine 411: All About The Schnauzer

Canine 411: All About The Schnauzer 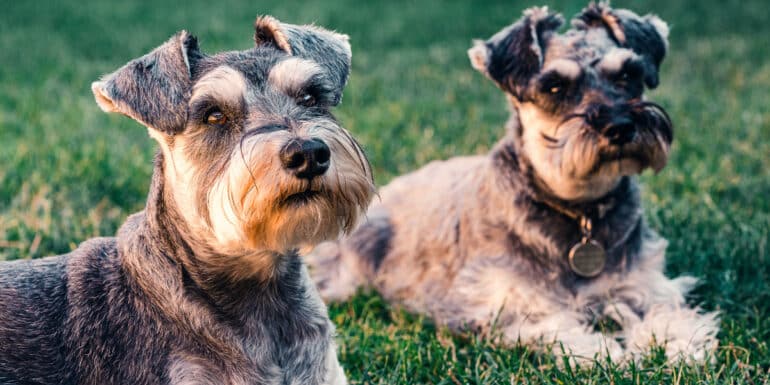 The Schnauzer is a pretty historic pup. With their guard dog nature and adorable looks, it’s hard to resist a Schnauzer’s charm. These dogs have fostered some serious love for hundreds of years! 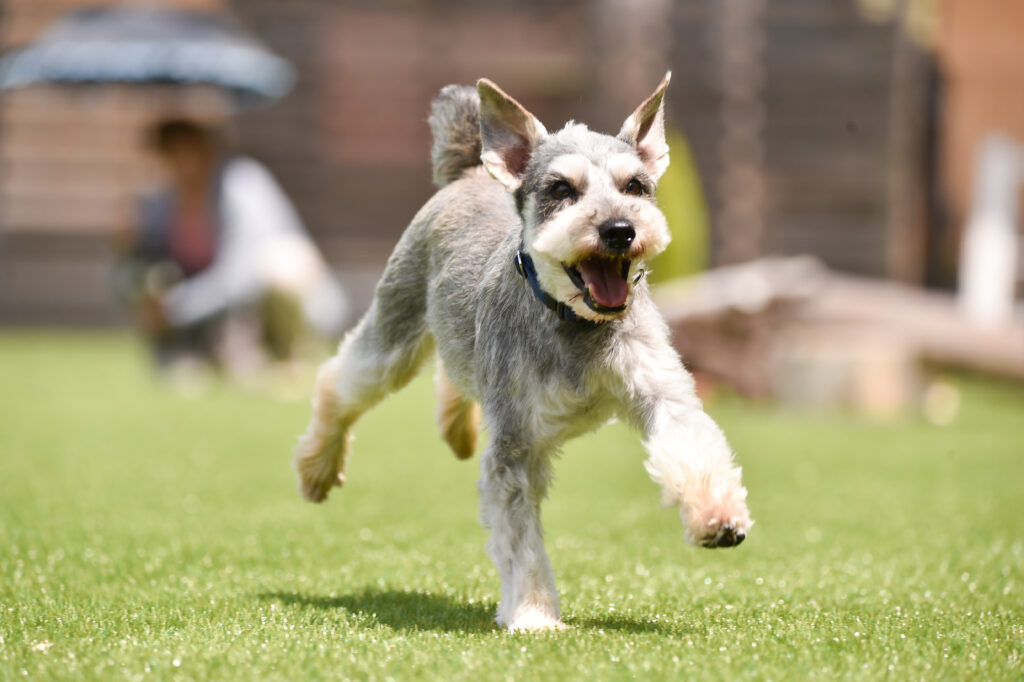 These dogs are from Germany

The Schnauzer is a German pup and a key part of German history. These dogs were bred in the Southern part of the country since the 14th century. Fortunately, there are various art pieces depicting Schnauzer from the century on. And, there’s no mistaking a Schnauzer – these dogs have a distinct look.

Schnauzers are adored for their charming looks

It’s hard to miss a Schnauzer. These dogs have very fetching looks. Schnauzers are known for their fluffy eyebrows, whiskers, and their long mustache (which almost looks more like a beard!) This goes for any colored or sized Schnauzer.
What is even more fascinating is that a Schnauzer’s long mustache hair isn’t just for aesthetic purposes. This pup’s mustache-like beard evolved from the Schnauzer’s history of rat-catching. The hairs helped protect the Schnauzer from any sneaky rat attacks. 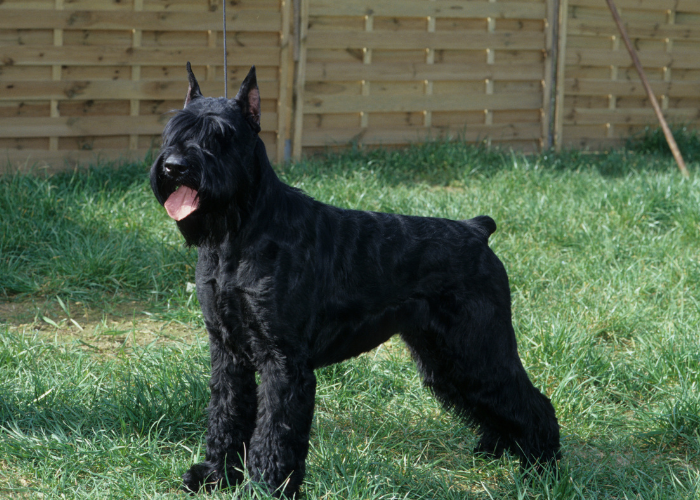 They are also hypoallergenic

When Schnauzers were first bred, they weren’t immediately called Schnauzers. Breeders in South Germany first called them Wire-Haired Pinschers (in German, of course) for centuries. They were probably super impressed by the Schnauzer’s unique hair. 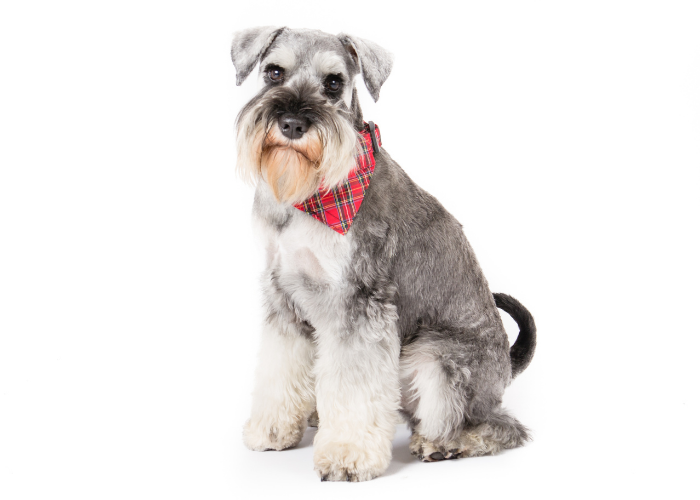 These dogs play a lot of roles…

A Schnauzer’s German history shows that these smart pups took on some impressive jobs, three in particular.
Their first job was a guard dog who accompanied carts, carriages, and horses, similar to a coach dog. The Schnauzer would run with them to make sure everything went smoothly. A Schnauzer’s awesome energy was also used for herding. These dogs often resided on German farms, helping out farmers round pigs, cattle, and sheep.
Schnauzers were also rat-catchers. These dogs aren’t too large to move around smaller spaces. With their wits and amazing hearing skills, Schnauzers would hunt all the rats that scurry around the property. 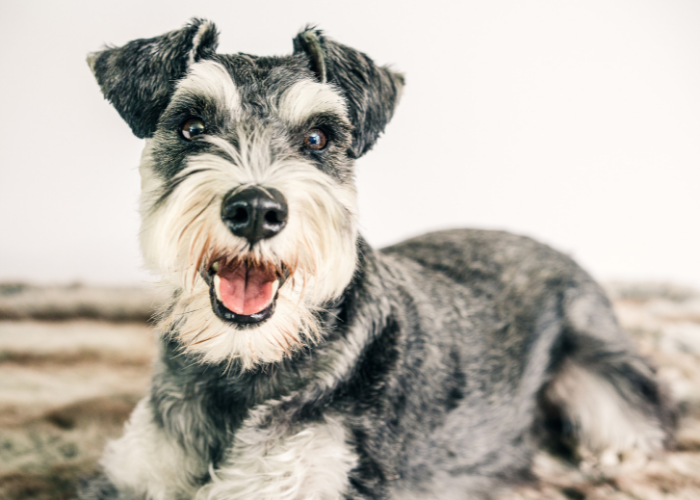 There are 3 different breeds of Schnauzer

Like a few other breeds, there are a few sizes of Schnauzer. Yet, these sizes are actually different breeds of Schnauzer!
First, there is the miniature Schnauzer.  These dogs are 12 to 16  inches tall and typically weigh around 13 to 15 pounds. Then, there is the Schnauzer, which is the original breed. This pup is medium-sized, standing at around 17 to 20 inches high and weighing anywhere from 35 to 50 pounds. Even though they’re a little larger, original Schnauzers are just as quick as their miniature counterparts.
Finally, there are giant Schnauzers. These big and burly Schnauzers weigh around 90 pounds and stand up to 27.5 inches tall. They’ve made excellent guard dogs over the years, even serving in the army. 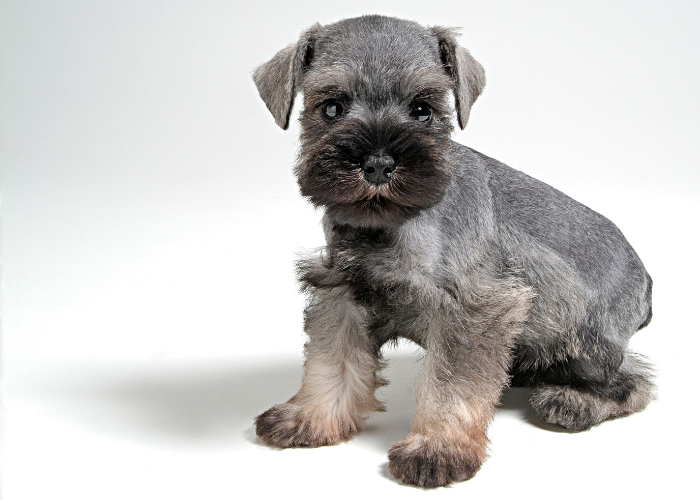 Why Do Dogs Love Peanut Butter?

They are very intelligent dogs

There’s no way any dog (or human) can manage all these kinds of jobs, without having a witty brain! The Schnauzer is well known for its intelligence. They are admired for their remarkable problem-solving skills and ability to learn new tricks rapidly fast.
Their high intelligence also makes Schnauzers very loyal dogs too. They love to be there for their humans. Schnauzers are very emotionally connected and will be there no matter what. That’s because Schnauzers are fantastic listeners and never miss a beat.

Schnauzers immigrated to the United States

When German immigrants began to immigrate to America in the early 20th century, they brought their Schnauzers with them. This is how Schnauzers officially found their homes in America. And, they were very well received. In fact, the U.S. army quickly introduced Schnauzers into the army and police forces as military dogs. 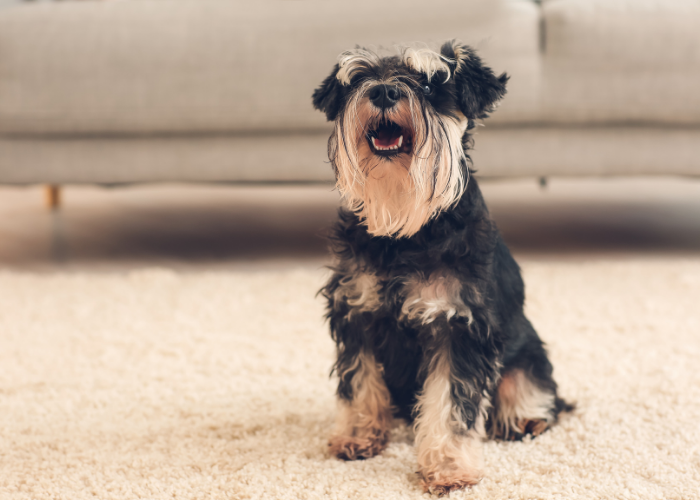 They may be outdoor pups, but Schnauzers do love to play the lapdog

We’ve covered all the little details that make Schnauzers such active, energetic, and spirited pups. We can’t forget to mention that Schnauzers have a chill and sensitive side too.
When Schnauzers aren’t out running around, they love to hang out with their humans. They feel a lot more themselves when their humans were around. Schnauzers are actually known to be quite the snugglers too! Just don’t be surprised if they’ll disrupt a good cuddle session to bark up a storm and defend you from any danger.
Are you have a Schnauzer at home? Or maybe a friend that does? Share these fun facts with them – they may learn a new fact about their lovable Schnauzer pup! 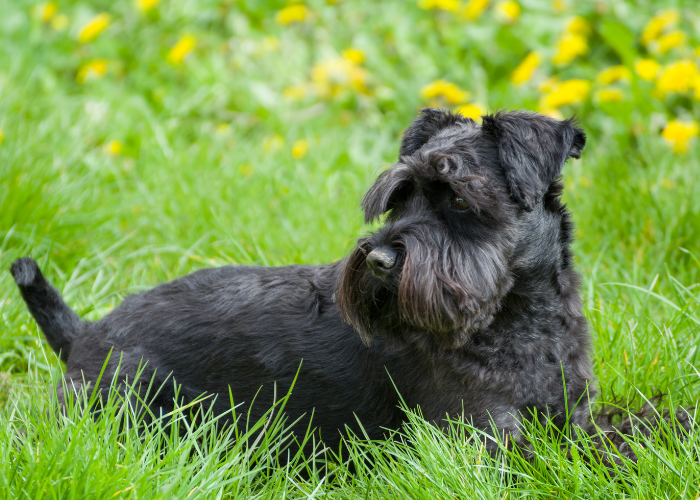 This website uses cookies to improve your experience while you navigate through the website. Out of these, the cookies that are categorized as necessary are stored on your browser as they are essential for the working of basic functionalities of the website. We also use third-party cookies that help us analyze and understand how you use this website. These cookies will be stored in your browser only with your consent. You also have the option to opt-out of these cookies. But opting out of some of these cookies may affect your browsing experience.
Necessary Always Enabled
Necessary cookies are absolutely essential for the website to function properly. These cookies ensure basic functionalities and security features of the website, anonymously.
Functional
Functional cookies help to perform certain functionalities like sharing the content of the website on social media platforms, collect feedbacks, and other third-party features.
Performance
Performance cookies are used to understand and analyze the key performance indexes of the website which helps in delivering a better user experience for the visitors.
Analytics
Analytical cookies are used to understand how visitors interact with the website. These cookies help provide information on metrics the number of visitors, bounce rate, traffic source, etc.
Advertisement
Advertisement cookies are used to provide visitors with relevant ads and marketing campaigns. These cookies track visitors across websites and collect information to provide customized ads.
Others
Other uncategorized cookies are those that are being analyzed and have not been classified into a category as yet.
SAVE & ACCEPT
Home » Canine 411: All About The Schnauzer