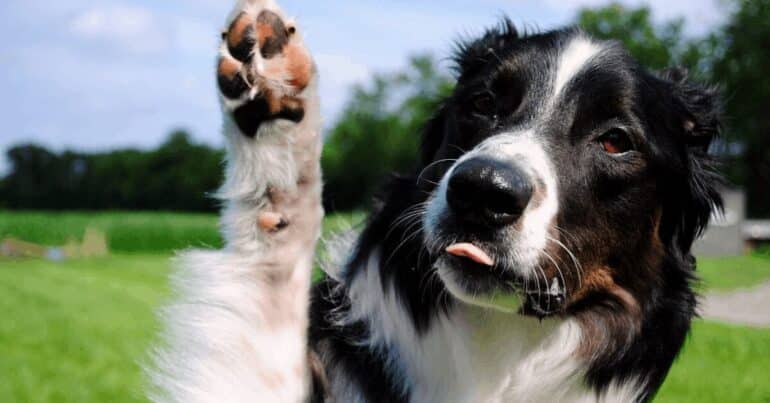 I’m not going to lie, there’s something undeniably cute about a dog that’s not the brightest bulb in the box–if you know what I mean. They tend to be adoringly goofy and personable, and their mental capabilities don’t affect how much we love them. But we’ve also known dogs that surprise us with their intellect. The smartest dog breeds are the ones that seem to pick up on new skills instantly and learn things without anyone even teaching them. They know dozens of tricks, and we’re constantly surprised at what they learn next.
These brainy pups come in all shapes and sizes, but researchers have found that certain dog breeds tend to stand out when it comes to canine intelligence. 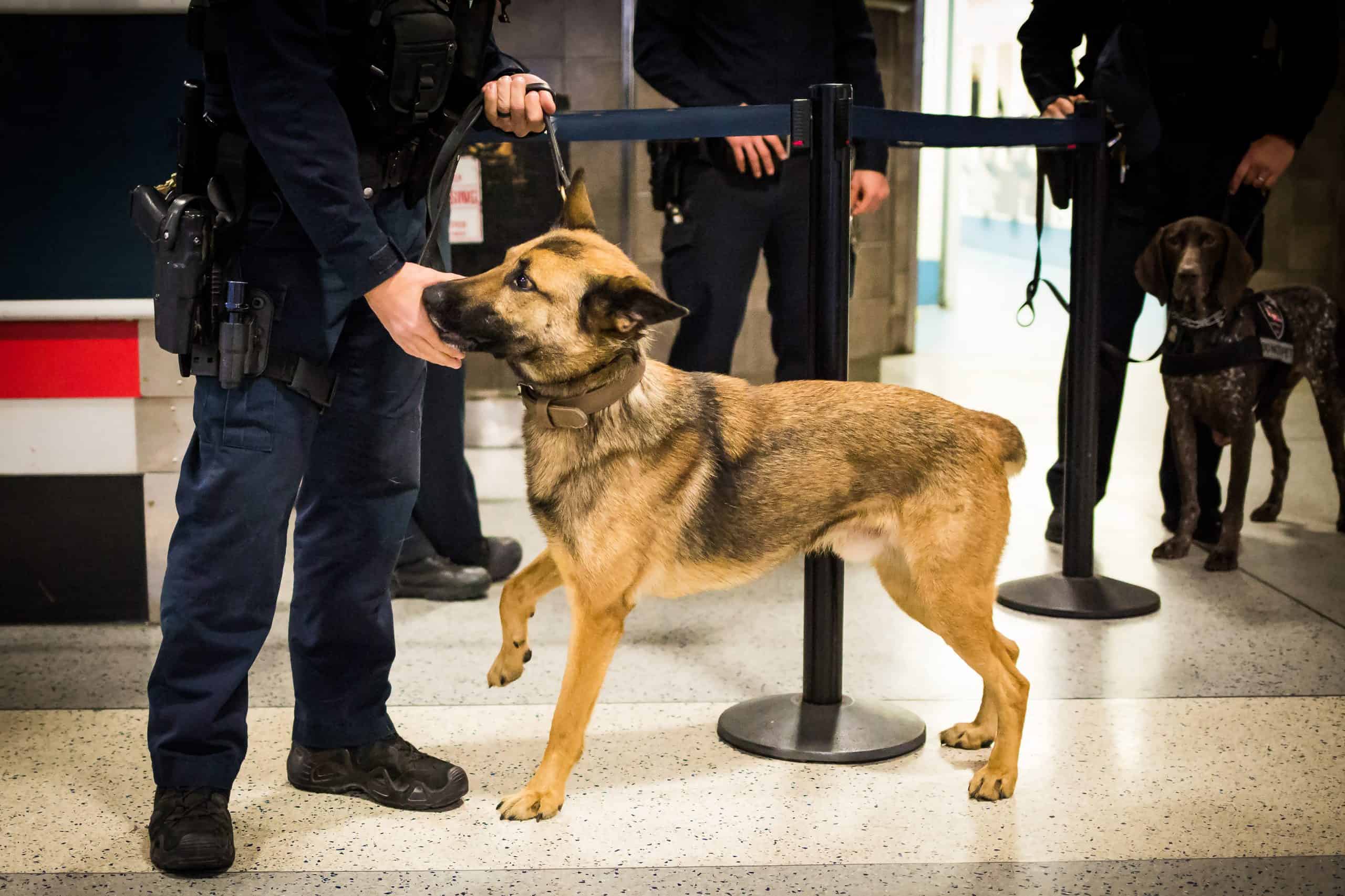 What’s the Criteria for a “Smart” Dog Breed?

Before we look at the smartest dog breeds, let’s decide what the word “smart” actually means. The trouble is, smart means different things depending on the situation. It’s completely relative, and what one person considers to be smart might not be the same for someone else.
This issue is particularly convoluted when talking about dogs. When you say a dog is smart, what do you actually mean? Can they do long division without a calculator? Or recite the Declaration of Independence by memory? Probably not.
When it comes to dogs, people usually relate intelligence to a dog’s ability to learn and follow commands. We consider how long it takes a dog to learn a specific behavior and how well they perform that behavior after they learn it.
Stanley Coren, author of the book, The Intelligence of Dogs,  created a list of smartest dog breeds and evaluated dogs based on their instincts, obedience, and ability to adapt.  He also took into account the fact that different dog breeds have strengths and weaknesses. Terriers might not be great at following directions, for example, but they’re smarter than most people when it comes to tracking down small animals. So while some dogs score low marks in certain categories, they might make up for it somewhere else.
Dogs don’t have IQs that we can use to objectively rank their intelligence,  but animal behaviorists and researchers generally look for how quickly a dog can learn, their level of obedience, and their ability to consistently perform a behavior and perform it well.
Using that criteria, here’s a list of the smartest dog breeds. 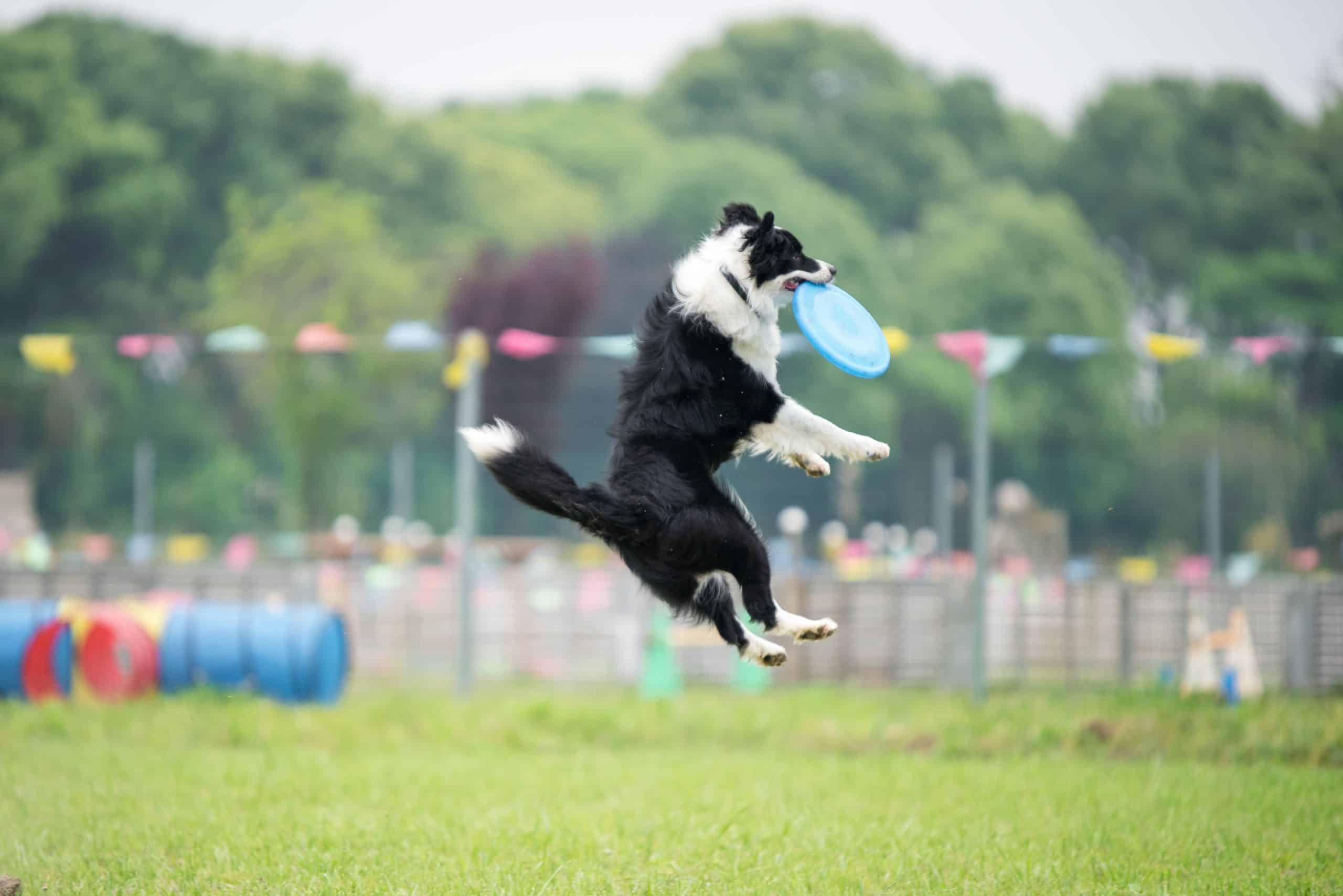 In many studies, the Border Collie is ranked as the number one smartest dog breed. Coren names this herding breed as top dog in his book, and his studies show they have an ability to learn a new skill in under five seconds and follow that new command at least 95% of the time. A Border Collie named Chaser had a vocabulary of over 1,000 words, and Border Collies excel in almost all canine activities, including obedience. 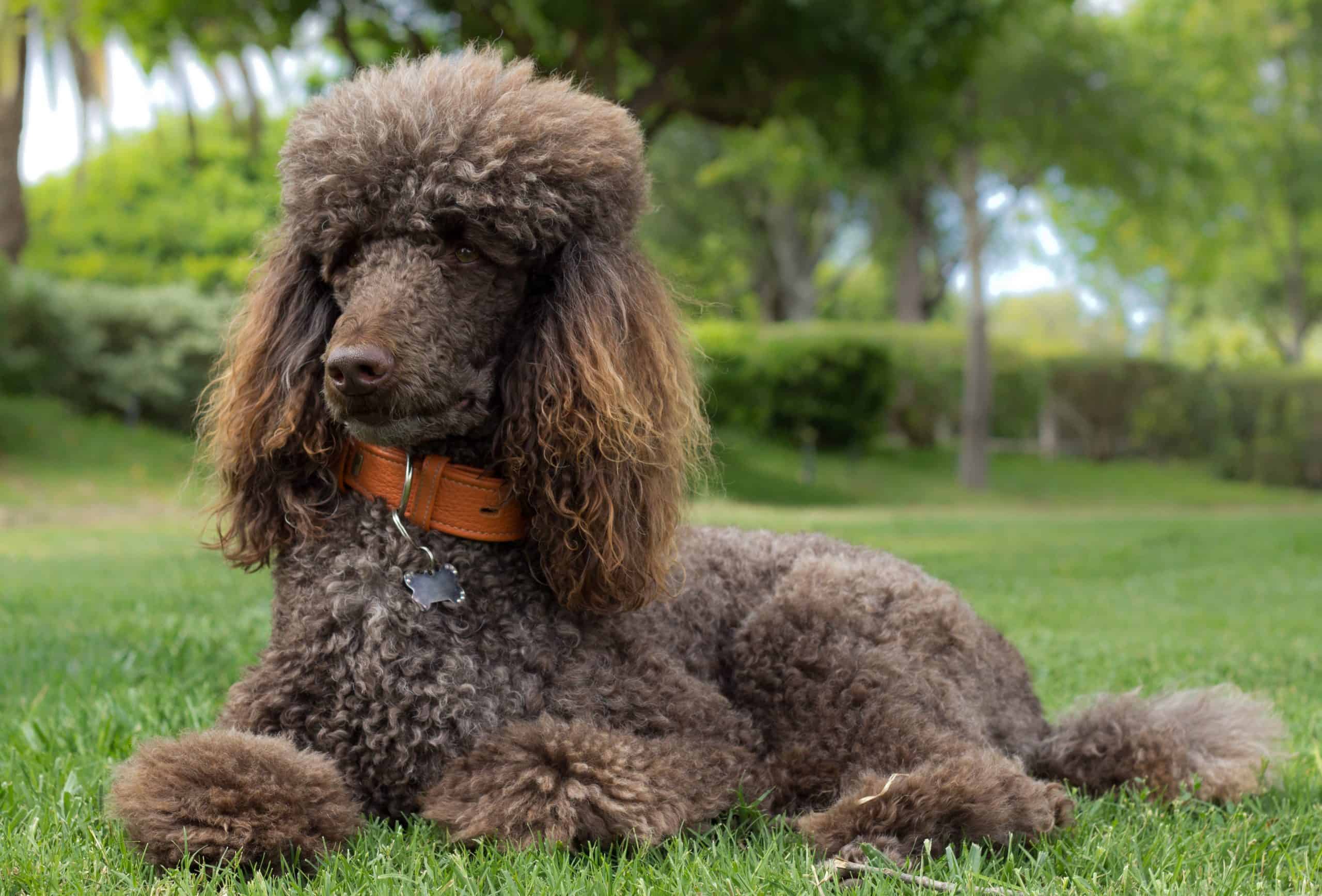 Poodles are most known for their hypoallergenic fur, but there’s more to their genetic pool than those fluffy curls. They are easily trained to do a number of skills including track, hunt, retrieve, and perform assistant-based tasks. The three sizes— standard, miniature, and toy—are all considered to be highly intelligent.

There’s a reason why the German Shepherd is so often chosen for military, police, and service work. This large dog breed is extremely versatile and excels in everything from scent detection to chasing down bad guys. They’re also extremely loyal and are often willing to put their lives on the line to protect people they love. 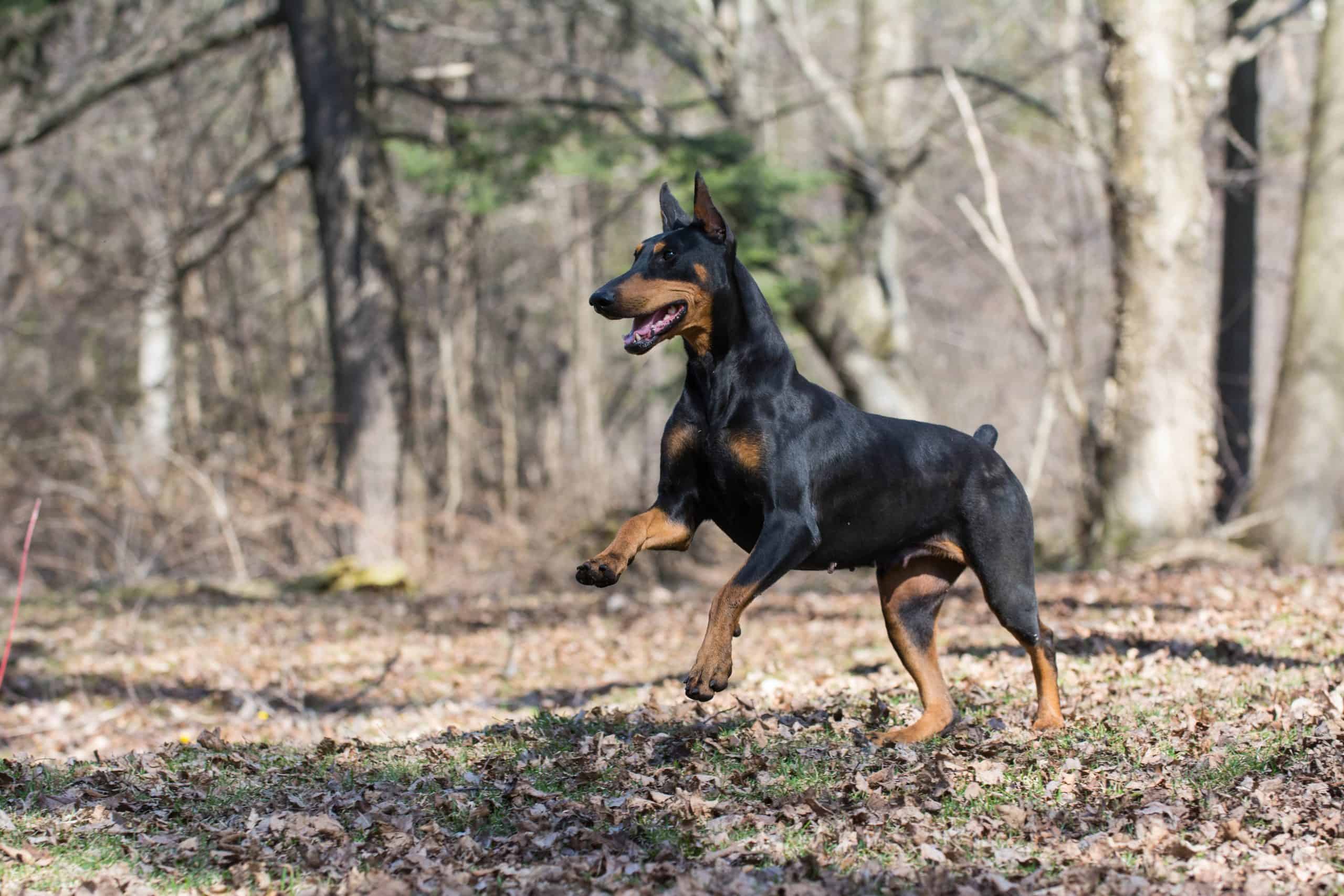 When people think of Dobermans, they most often think of physical attributes. These dogs are incredibly strong and fast. Their trademark coloring and noble stance make them stand out, but they’re more than their good looks. These handsome dogs are also among the world’s smartest dog breeds. They’re eager to learn and are trained to be police and military K9s and also do well with therapy work. 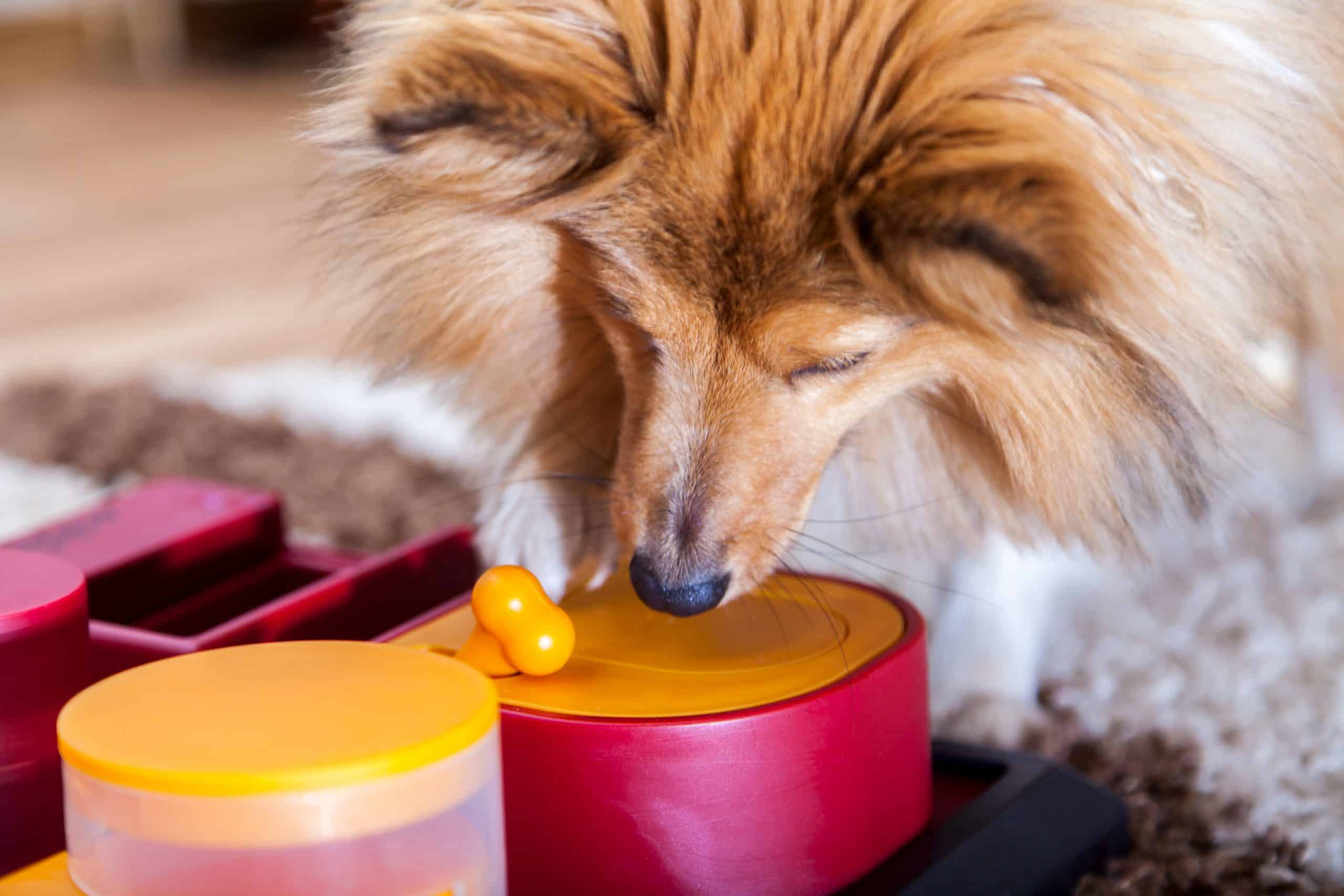 The Shetland Sheepdog is a herding breed and quick to show off their smarts. They’re one of the smallest working dog breeds out there and have historically served as obedient farmhands. Today, Shelties frequently compete in obedience, herding, and agility. 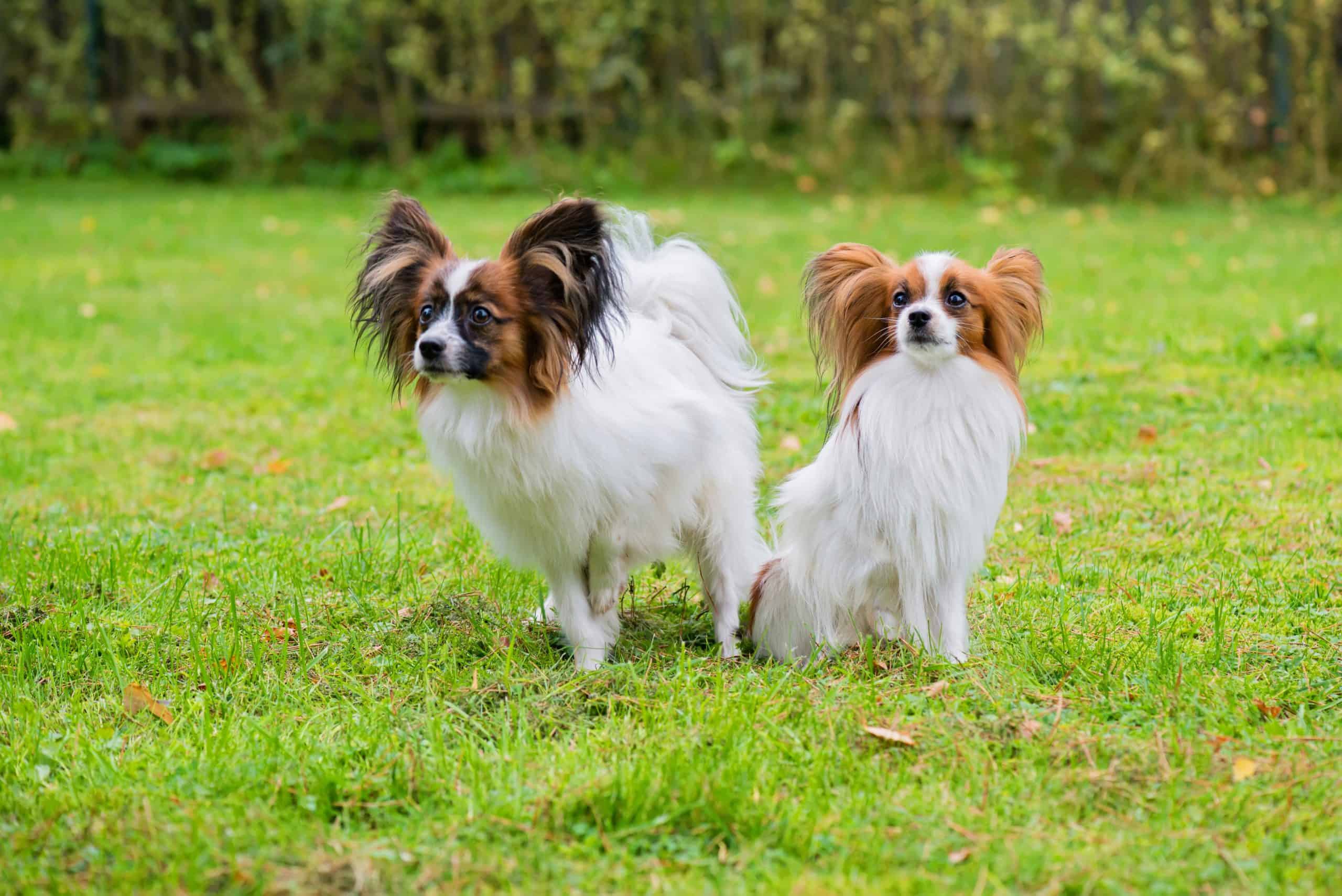 Small dog breeds aren’t often recognized for being part of the brainy bunch, but the Papillon is a small dog with an impressive intellect. Standing only about 10 inches at the shoulder, these dogs are forever curious and eager to learn. With the right training, Papillons can learn to do a long list of skills and tricks.

As America’s favorite dog breed for 30 years in a row, the Labrador Retriever is an all-around favorite. They’re famously friendly and tend to form strong bonds with their families. Labs are also one of the most popular dogs chosen for professional work. They’re incredibly versatile, and their intelligence makes them stand out whether they’re helping a person in a wheelchair perform everyday activities or sniffing out drugs and weapons.
A Lab named Hattie is an example of how these smart dogs are capable of helping people in the most difficult circumstances. Read about how she comforts victims of sexual assault here. 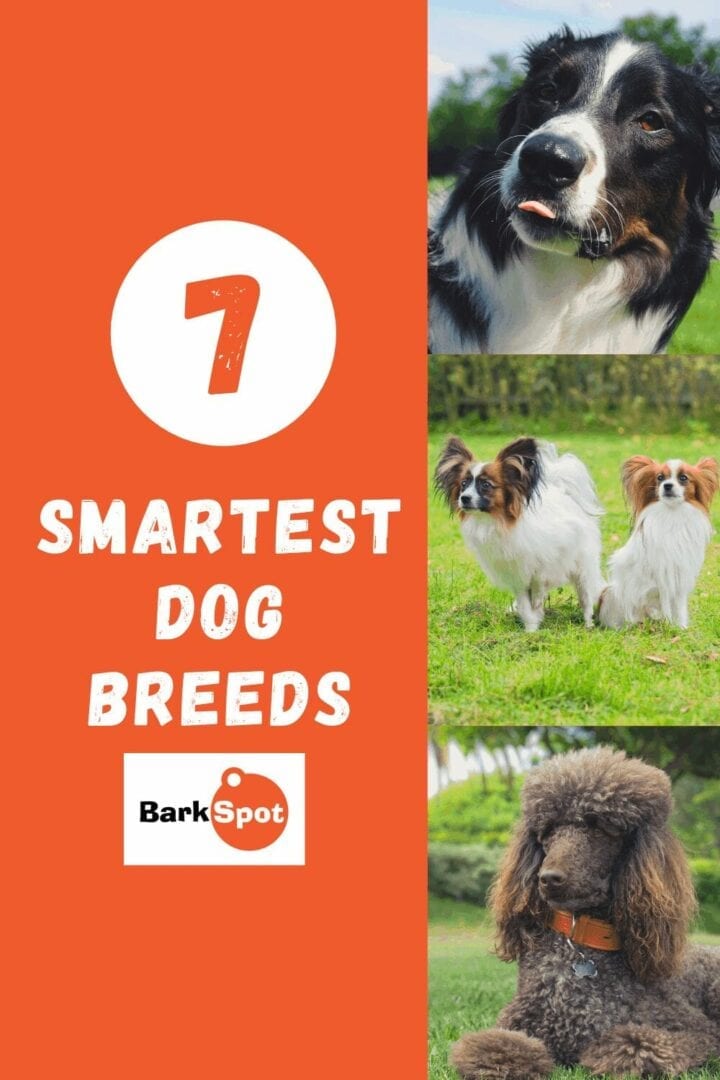 This website uses cookies to improve your experience while you navigate through the website. Out of these, the cookies that are categorized as necessary are stored on your browser as they are essential for the working of basic functionalities of the website. We also use third-party cookies that help us analyze and understand how you use this website. These cookies will be stored in your browser only with your consent. You also have the option to opt-out of these cookies. But opting out of some of these cookies may affect your browsing experience.
Necessary Always Enabled
Necessary cookies are absolutely essential for the website to function properly. These cookies ensure basic functionalities and security features of the website, anonymously.
Functional
Functional cookies help to perform certain functionalities like sharing the content of the website on social media platforms, collect feedbacks, and other third-party features.
Performance
Performance cookies are used to understand and analyze the key performance indexes of the website which helps in delivering a better user experience for the visitors.
Analytics
Analytical cookies are used to understand how visitors interact with the website. These cookies help provide information on metrics the number of visitors, bounce rate, traffic source, etc.
Advertisement
Advertisement cookies are used to provide visitors with relevant ads and marketing campaigns. These cookies track visitors across websites and collect information to provide customized ads.
Others
Other uncategorized cookies are those that are being analyzed and have not been classified into a category as yet.
SAVE & ACCEPT
Home » 7 Smartest Dog Breeds