Home » 18,000-Year-Old Frozen Puppy Could Give Hints To The History Of Domesticated Dogs

18,000-Year-Old Frozen Puppy Could Give Hints To The History Of Domesticated Dogs 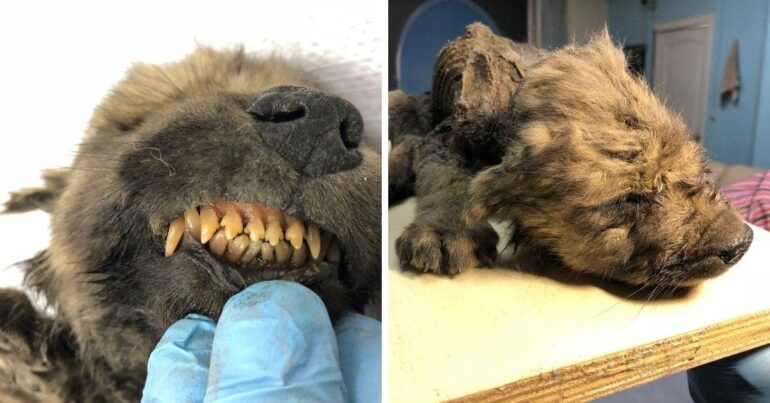 Found buried in Siberian permafrost, an ancient frozen puppy is giving researchers something to think about.

Discovered last year in a chunk of ice and dirt, the ancient canine could be a missing piece of evolution. It’s been dead since the end of the last Ice Age, but the unique Siberian environment has preserved the frozen puppy almost completely. Photographs show the puppy’s hair, paw pads, and even tiny little teeth.  Researchers have already learned a lot from their perfectly preserved puppy, but there’s one important fact they can’t determine. Is it a wolf or a dog? The answer to this question could have incredible meaning.

David Stanton (@Nibbledtodeath) from the Centre for Palaeogenetics (@CpgSthlm) tells @bevvo14 what they can learn from examining the perfectly preserved body of a puppy believed to be more than 18,000 years old… #Dogor #TheWorld pic.twitter.com/qi37i6zy7n

Scientists named the frozen puppy Dogor (meaning “friend” in a local Siberian language), and tests show he was about two months old when he died. They aren’t sure how the puppy died, but if they didn’t know any better, it looks like the canine has been deceased for hours, not 18,000 years. This amazing level of preservation is thanks to permafrost—a thick layer of frozen soil. It’s the same stuff that was responsible for preserving an ancient foal found in 2018.
Researchers used carbon dating technology to determine the puppy’s real age. They also took DNA samples from the puppy’s rib bone hoping to discern whether their discovery was an ancient wolf or a dog. In most cases, making the distinction between wolf and dog is easy. Our friend Dogor, however, remains a mystery. 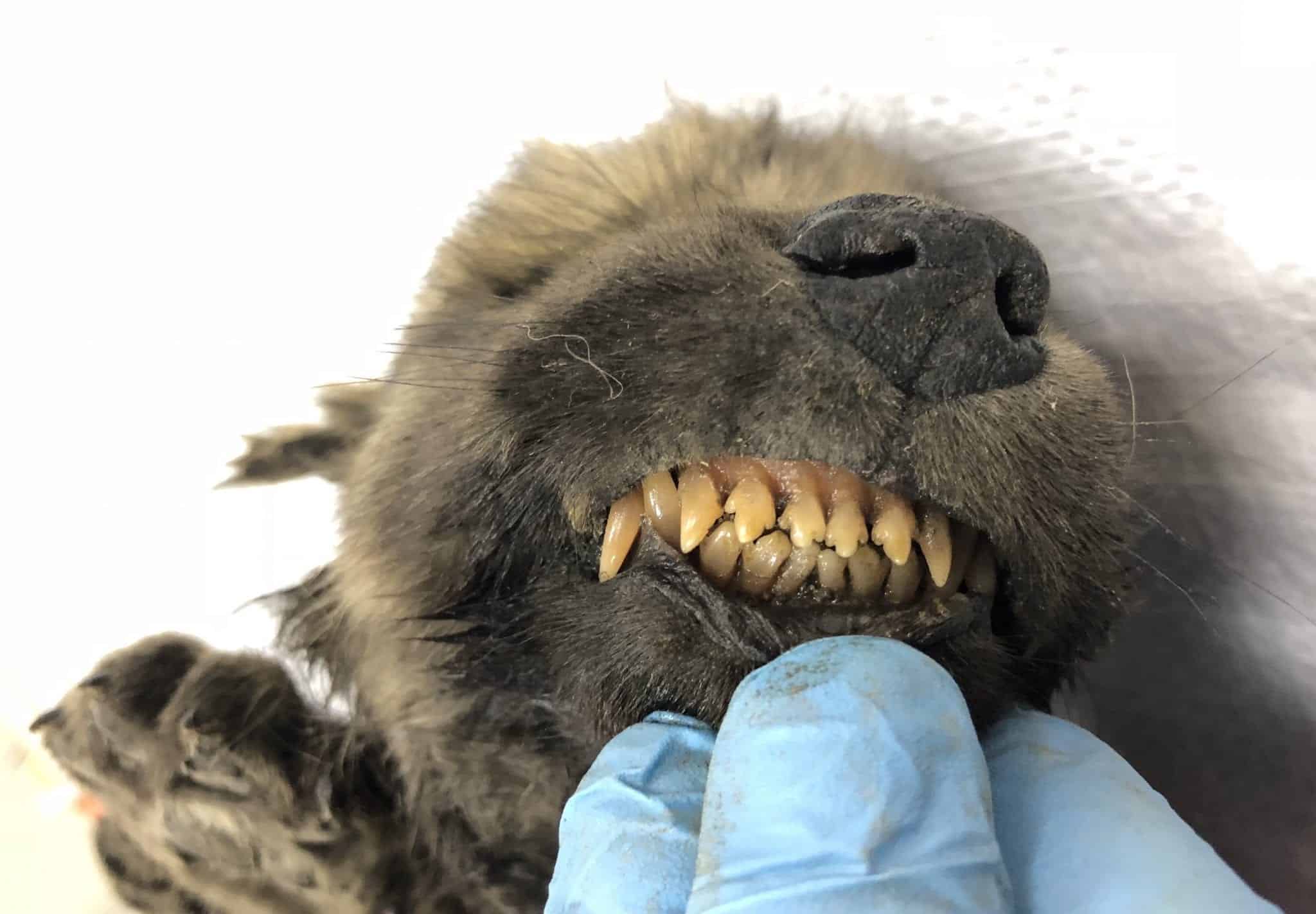 The DNA analysis came back inconclusive. The frozen puppy doesn’t fit the exact genetic profile of either a dog or a wolf. So what does that mean? Is little Dogor a different species altogether? Researchers will need more tests to answer that question, but it’s possible that the preserved puppy comes from the exact time when wolves were starting to domesticate and become dogs. Dogor could be the missing bridge that connects dogs to wolves.
David Stanton, a researcher at the Centre for Palaeogenetics told CNN,

“We have a lot of data from it already, and with that amount of data, you’d expect to tell if it was one or the other. The fact that we can’t might suggest that it’s from a population that was ancestral to both–to dogs and wolves.” 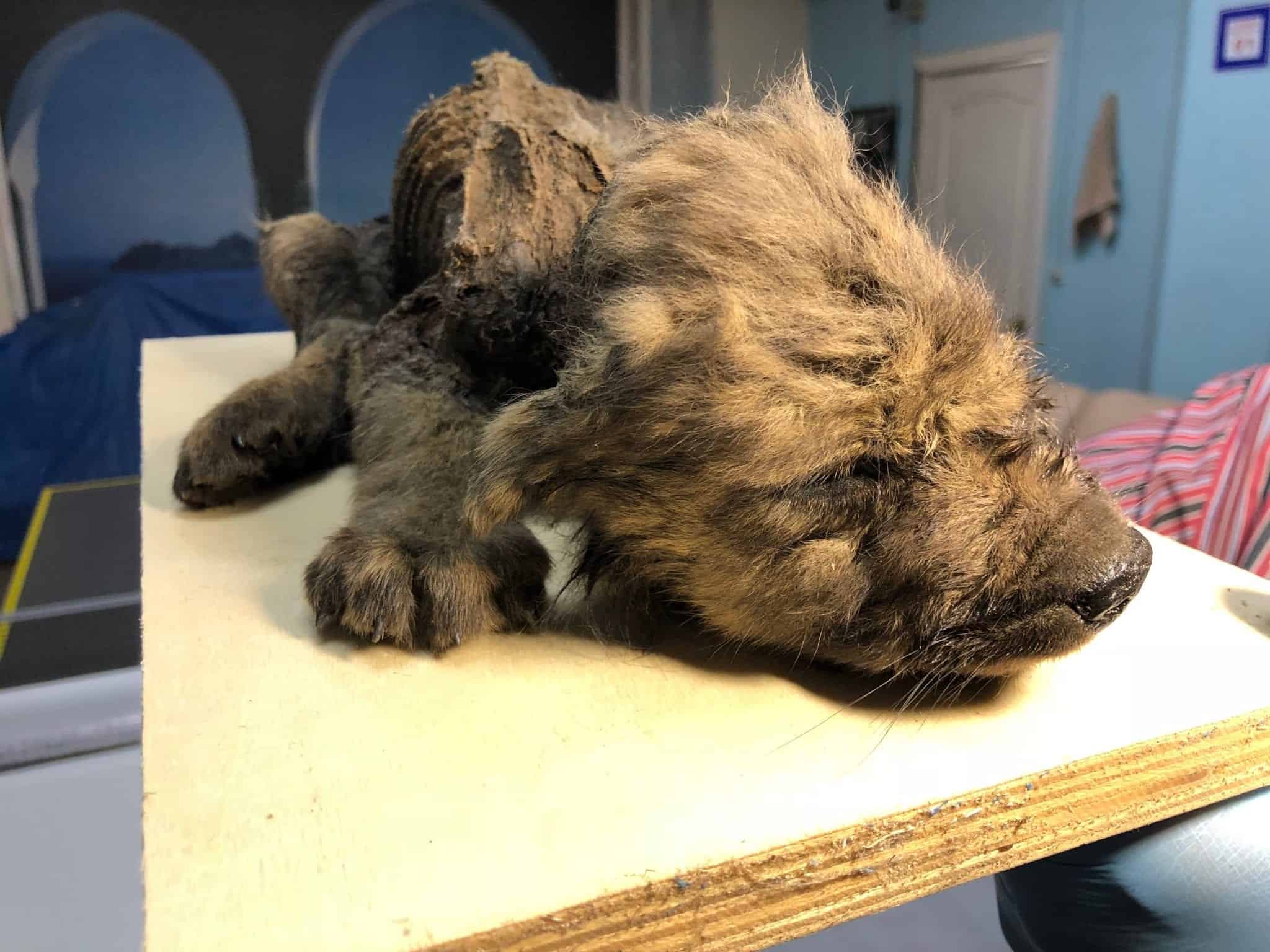 Scientists believe that if you go back in time far enough, dogs and wolves have the same ancestors. Evidence suggests that the genetic split happened when certain wolf lineages went extinct and others were domesticated by early humans.  A 2017 study suggests dogs first emerged between 20,000 and 40,000 years ago, but we still don’t have a concrete answer.
At 18,000 years old, Dogor’s age puts him at an incredibly important turn in evolution. If the frozen puppy is a dog, he would be the oldest dog ever found. The current oldest dog is 14,223 years old and was found in Germany in 1910.
It’s quite possible, however, that Dogor is neither wolf or dog. Instead, he could represent a transitional stage between the two species. Either way, he’s a groundbreaking discovery in the mystery of evolution.
All images via Twitter/Centre for Palaeogenetics

This website uses cookies to improve your experience while you navigate through the website. Out of these, the cookies that are categorized as necessary are stored on your browser as they are essential for the working of basic functionalities of the website. We also use third-party cookies that help us analyze and understand how you use this website. These cookies will be stored in your browser only with your consent. You also have the option to opt-out of these cookies. But opting out of some of these cookies may affect your browsing experience.
Necessary Always Enabled
Necessary cookies are absolutely essential for the website to function properly. These cookies ensure basic functionalities and security features of the website, anonymously.
Functional
Functional cookies help to perform certain functionalities like sharing the content of the website on social media platforms, collect feedbacks, and other third-party features.
Performance
Performance cookies are used to understand and analyze the key performance indexes of the website which helps in delivering a better user experience for the visitors.
Analytics
Analytical cookies are used to understand how visitors interact with the website. These cookies help provide information on metrics the number of visitors, bounce rate, traffic source, etc.
Advertisement
Advertisement cookies are used to provide visitors with relevant ads and marketing campaigns. These cookies track visitors across websites and collect information to provide customized ads.
Others
Other uncategorized cookies are those that are being analyzed and have not been classified into a category as yet.
SAVE & ACCEPT
Home » 18,000-Year-Old Frozen Puppy Could Give Hints To The History Of Domesticated Dogs