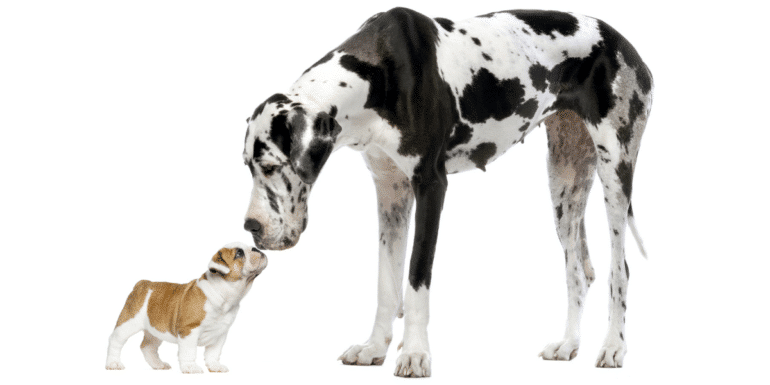 Dogs come in all shapes and sizes. For those of you out there living in cramped city apartments (including myself), a smaller dog may be all you can accommodate. For everyone out there living with backyards and lush green spaces, first of all I’m jealous, and second of all, one of these five largest dog breeds may be a viable option for you. 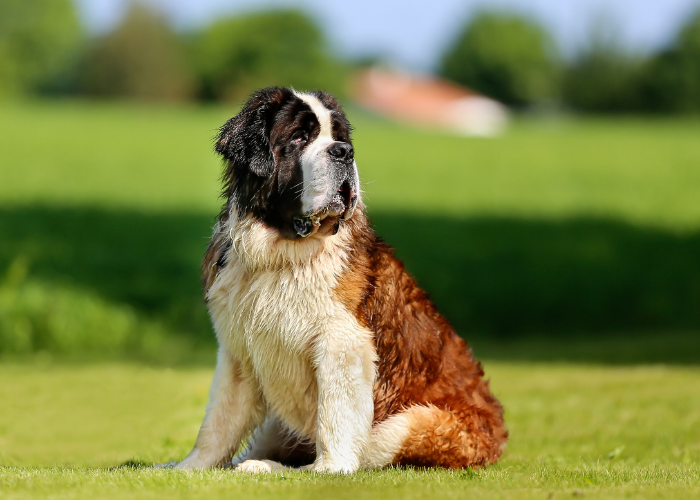 These gigantic working dogs have a fascinating story. Saint Bernards originally hail from the Swiss Alps. The first Bernards were bred to be rescue dogs at a hospice of the Great Saint Bernard Pass on the Italian-Swiss border in the 1660s. At this treacherous mountain pass, the dogs were trained to rescue injured hikers and bring them to hospice. One interesting fact is that these dogs were never trained by their monk masters at all. Instead, it was the responsibility of the older dogs to teach the puppies the search and rescue techniques.
Saint Bernards are commonly depicted with small barrel casks hanging from their necks. Although there isn’t really any evidence to back this up, the folklore is that the dogs would carry these casks, filled with brandy, around their necks, so that victims of frostbite or an avalanche could temporarily warm themselves up.
Nowadays, Saint Bernards are known as great family dogs. They have become famous for their calm temperament and nurturing nature with children. 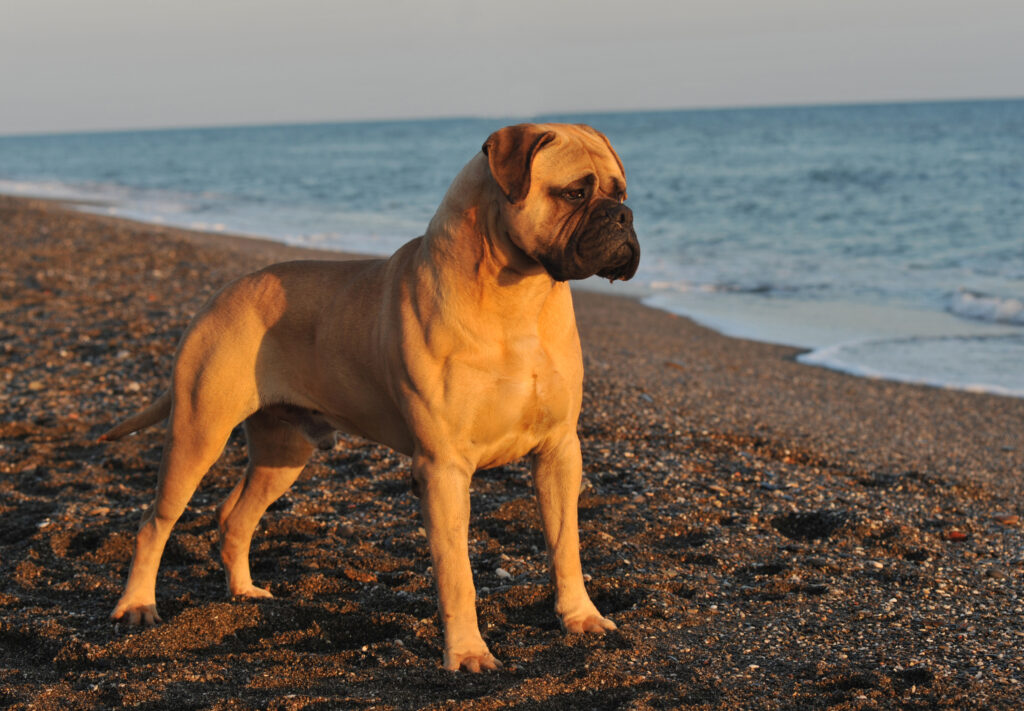 These brutes can reach up to a whopping 140 pounds! In fact, bullmastiffs were originally bred in nineteenth century England by crossing a bulldog with a mastiff. The breed came to be nicknamed “The Gamekeeper’s Night Dog” for their great reliance as guard dogs and for warding off poachers. Most of these dogs were bred in a brindle color which could provide camouflage at night. In the 1920s, many bullmastiffs were imported to South Africa to act as guard dogs in the mining industry.
Although bullmastiffs have been known to require extensive training in some cases, they are also known as an incredibly loyal and protective family dog. Due to their protective nature, it is always important for bullmastiff owners to properly introduce them to new people in a calm environment. 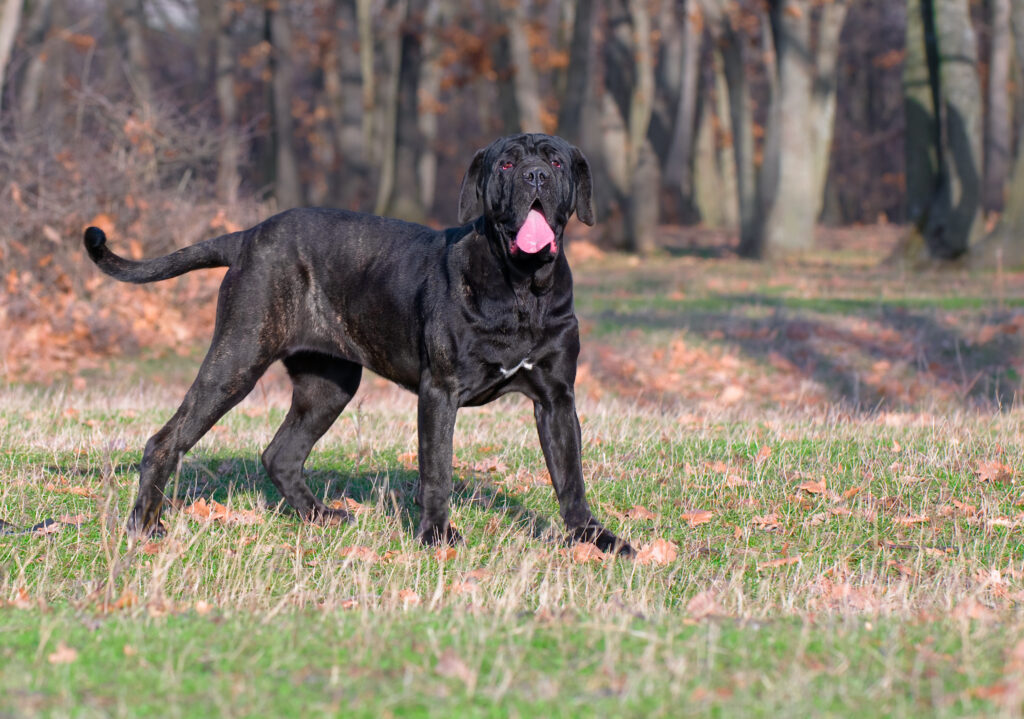 Checking in at number three on our list is another mastiff breed. Some male Neapolitans are weighing in at over 150 pounds! Like its cousin, the bullmastiff, Neapolitan Mastiffs were bred mainly as guard dogs. This breed comes from central Italy, specifically, the Naples area. Unlike bullmastiffs, these dogs mainly guard houses, businesses, and valuables, as opposed to livestock. Due to this, birth was given to a reputation for these pups being associated with organized crime in Central and Southern Italy. Despite this, Neapolitans are also known for their extremely caring and fun-loving personalities. 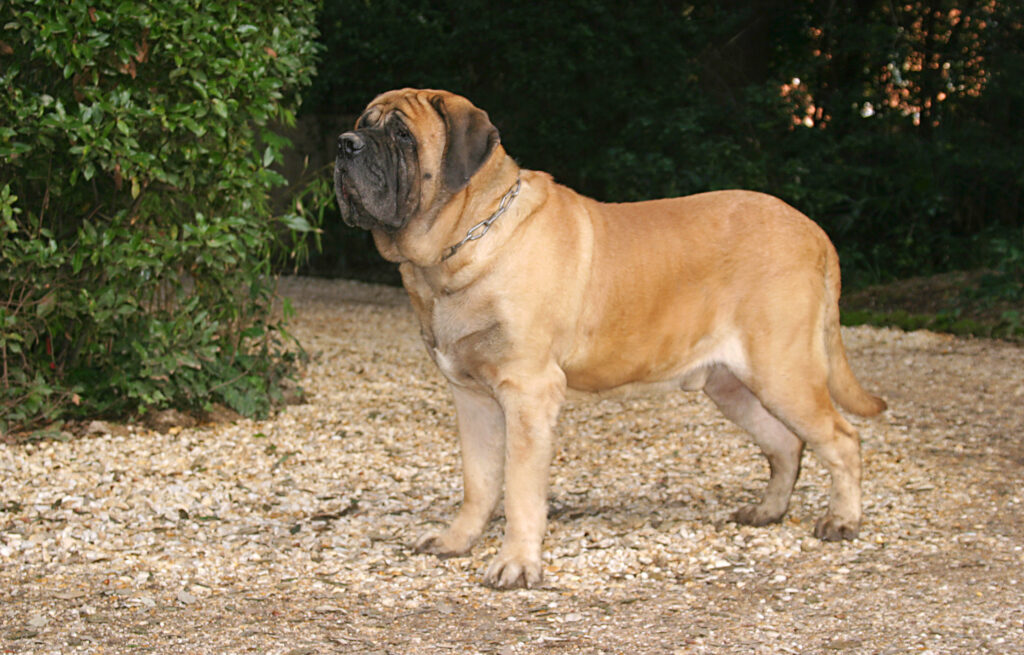 Ah, we have finally arrived at the classic Mastiff! These elegant pooches are an incredibly unique breed. Mastiffs have been around for at least 3,000 years all over Europe and Asia. Records from antiquity show mastiffs being used as hunting or guard dogs all across the known world. There have been mastiff remains found as far west as the British Isles and as far east as Japan. Due to their large size and strength, mastiffs were also used as war dogs, fighting alongside their masters. Unfortunately, mastiffs were also a common breed used for dogfights and other brutal bloodsports all across Europe and Asia.
Today, mastiffs are still one of the most popular dog breeds in Western Europe. Although they can be trained to act aggressively, they can also have very sweet temperaments and are often considered great protectors of children. 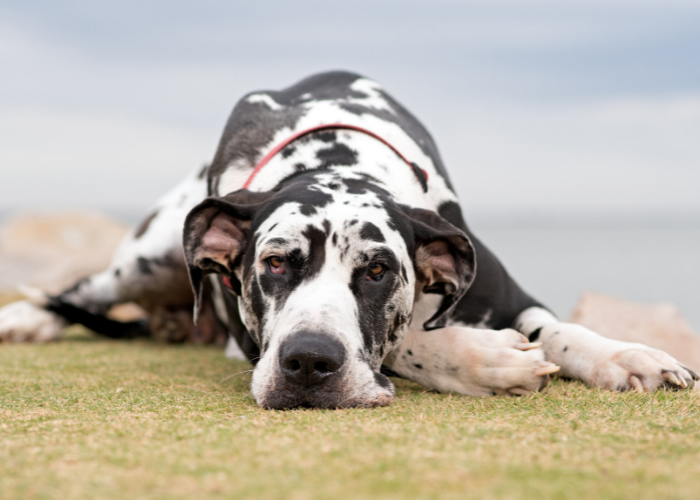 How Fast Can a Beagle Run – Best Beagle Exercise Tips

At number one on our list is the Great Dane! These gentle giants can grow up to 200 pounds! Although the exact genealogy is unknown, many believe that this breed originated in the sixteenth century as a cross between English Mastiffs and Irish Wolfhounds. The breed quickly became popular within the European upper class. Mainly known as a hunting dog, Great Danes were companions to many a lord and lady of the time period.  Actually, the term “Great Dane” is actually a bit of a misnomer. The dogs are believed to have spread from northern Germany. Many believe that they became known to English speakers as Great Danes due to their massive size. (The English thought of Danish people, and other Scandinavians,  as freakishly tall.)

Well, there you have it. We hope you enjoyed learning about the Five Largest Dog Breeds. For a list of the Five Smallest Dog Breeds, click here.

This website uses cookies to improve your experience while you navigate through the website. Out of these, the cookies that are categorized as necessary are stored on your browser as they are essential for the working of basic functionalities of the website. We also use third-party cookies that help us analyze and understand how you use this website. These cookies will be stored in your browser only with your consent. You also have the option to opt-out of these cookies. But opting out of some of these cookies may affect your browsing experience.
Necessary Always Enabled
Necessary cookies are absolutely essential for the website to function properly. These cookies ensure basic functionalities and security features of the website, anonymously.
Functional
Functional cookies help to perform certain functionalities like sharing the content of the website on social media platforms, collect feedbacks, and other third-party features.
Performance
Performance cookies are used to understand and analyze the key performance indexes of the website which helps in delivering a better user experience for the visitors.
Analytics
Analytical cookies are used to understand how visitors interact with the website. These cookies help provide information on metrics the number of visitors, bounce rate, traffic source, etc.
Advertisement
Advertisement cookies are used to provide visitors with relevant ads and marketing campaigns. These cookies track visitors across websites and collect information to provide customized ads.
Others
Other uncategorized cookies are those that are being analyzed and have not been classified into a category as yet.
SAVE & ACCEPT
Home » The Five Largest Dog Breeds